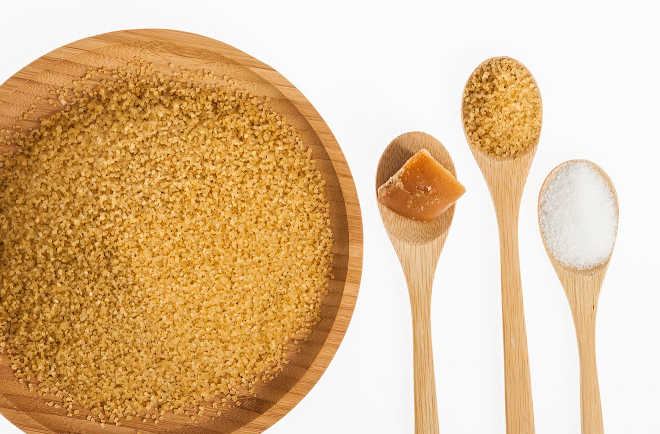 Jaggery is an unrefined sugar that is sold in chunks, cakes, or powder. It can be dark or light brown and offers a sweet, earthy flavor. Although jaggery is largely unknown in many Western countries, it has started popping up in recipes for sweetening desserts and baked goods.

Unlike regular white or brown sugar, jaggery isn't as easy to find in supermarkets, and visiting a health food store or Indian grocer is usually required. If you can't find any or simply don't want to use it then you're going to need a jaggery substitute. We've compiled a list of the most suitable replacements so that you can finish any recipe without the original ingredient.

What can I use in place of jaggery?

To replace jaggery in a recipe the best options are rapadura, dark brown sugar, demerara, muscovado, or black sugar. At a pinch, you could also use white sugar, however, you won't get the same molasses-like notes or dark caramelized appearance. 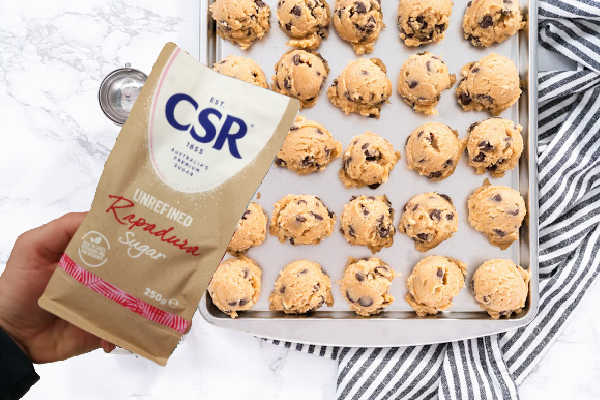 Rapadura, also known as panela or piloncillo, is made by cooking sugar cane using traditional methods. The result is a sugar that has a subtle, unique flavor with an aroma of molasses, spice, and caramel. It is commonly used in baking, smoothies, cocktails, and as an ingredient to distill moonshine.

Rapadura makes an excellent substitute for jaggery and can be used in equal quantities. Keep in mind that rapadura usually comes free-flowing while jaggery is more likely to be sold as a solid block. Jaggery often has higher levels of moisture also, but neither of these differences has an impact on your cooking.

Rapadura is an “on-trend” sugar that you'll often find located in the premium section of the sugar aisle. Expect to pay a higher price for this product when compared to common brown sugar. 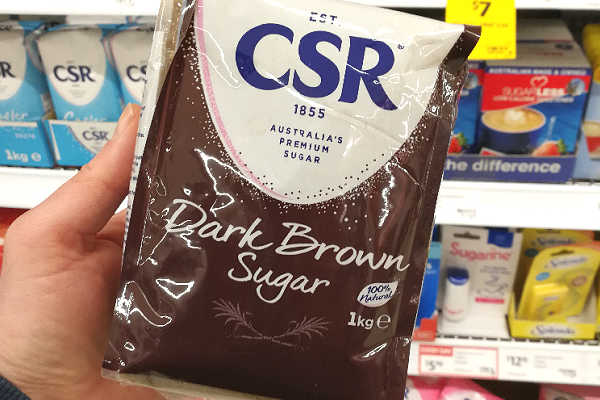 Taking flavor, texture, price, and availability into account, dark brown sugar is probably your best option. Although it doesn't provide the same depth of flavor and aroma that rapadura or jaggery offers, its low price and availability make it a worthy contender on this list. Dark brown sugar adds a delicious shade of brown to baked goods and its acidity helps stop cookies from spreading. 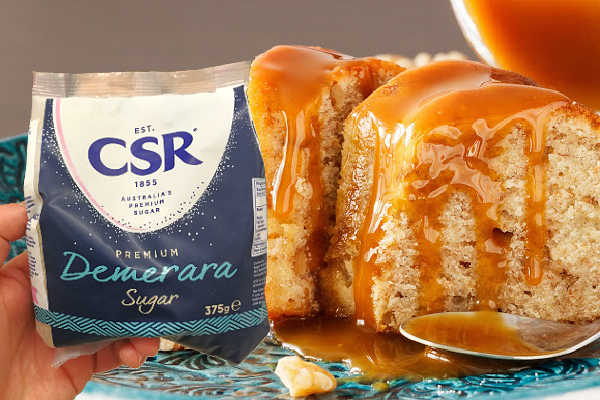 Demerara is made by extracting sugar cane juice and then boiling it until the liquid evaporates. The result is a large-grain, golden yellow sugar that has undergone minimal processing. Not all the molasses has been removed during manufacturing, so the flavor is rich and similar to burnt caramel.

The texture of demerara is coarse and dryer than brown sugar or muscovado. This makes it an excellent ingredient for adding texture to baked goods; a light sprinkling of grains is all that's required. Demerara also adds delicious flavor to hot beverages.

Muscovado is an unrefined sugar that is produced in much the same way that jaggery is. Lime is added to sugar cane and then cooked until the liquid is evaporated and sugar crystals form. It has the texture of moist sand and is stickier and coarser than regular brown sugar. The natural molasses content results in rich color and toffee-like taste.

Muscovado is also known as Barbados sugar, Khand, or Khansari. This artisanal sugar is ideal for cakes, candies, cookies, and savory dishes. It can be used in the same ratios as jaggery.

Black sugar, or kokuto, has been made in Okinawa, Japan since the 17th century. Sugar cane is boiled until a black syrup forms and it is then allowed to cool into a hard block. This sugar is an intense dark brown shade (verging on black) but once broken into pieces it will lighten significantly. Use black sugar in cakes, desserts, tea, and coffee. It adds a salty, caramel flavor with a slightly malty undertone. Compared to jaggery, it has a stronger molasses flavor, but it won't be out of place as a substitute.

Although it's unlikely you'll find black sugar in mainstream supermarkets, you can easily pick up a block online or try a local Asian grocer.

Related reading:
What are the best substitutes for bead molasses?
How do I replace sanding sugar in cooking?
What are some good agave nectar substitutes?
What can I use as an alternative to trimoline? 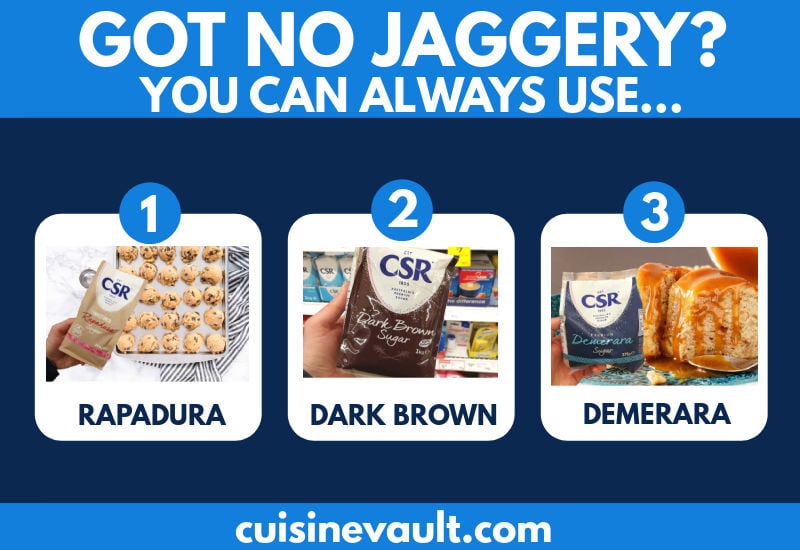 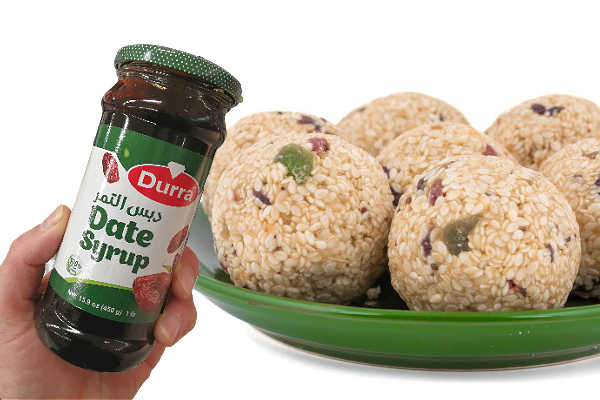 Jaggery is an unrefined brown sugar that has a sweet, earthy flavor ideal for savory or sweet food. Used in Indian, Middle Eastern, and Asian cooking for centuries, this sweetener has increased in popularity thanks to its perceived health benefits. If a recipe calls for jaggery but you don't have any then you can easily replace it with rapadura, dark brown sugar, demerara, muscovado, or black sugar. In most countries, the cheapest and most accessible option will be dark brown sugar. If you decide to use this sweetener then remember to add two teaspoons of molasses or date syrup to closely mimic the flavor profile of jaggery.

We didn't mention granulated sugar on this list because it lacks the earthy depth of flavor you get from jaggery. For authentic Indian recipes, you would certainly use one of the above options first. But if you're in a pinch then white (granulated) sugar will allow you to finish the recipe. Reduce the amount by 25% and add ⅓ cup of molasses for a better result.

What is your favorite dark sugar that you can't live without in the kitchen? Please let us know in the comments below.