The most savory dishes in the world often include seafood. If you're new to the Islam faith or thinking about embracing it, you might be wondering whether seafood of any kind is either halal or haram. 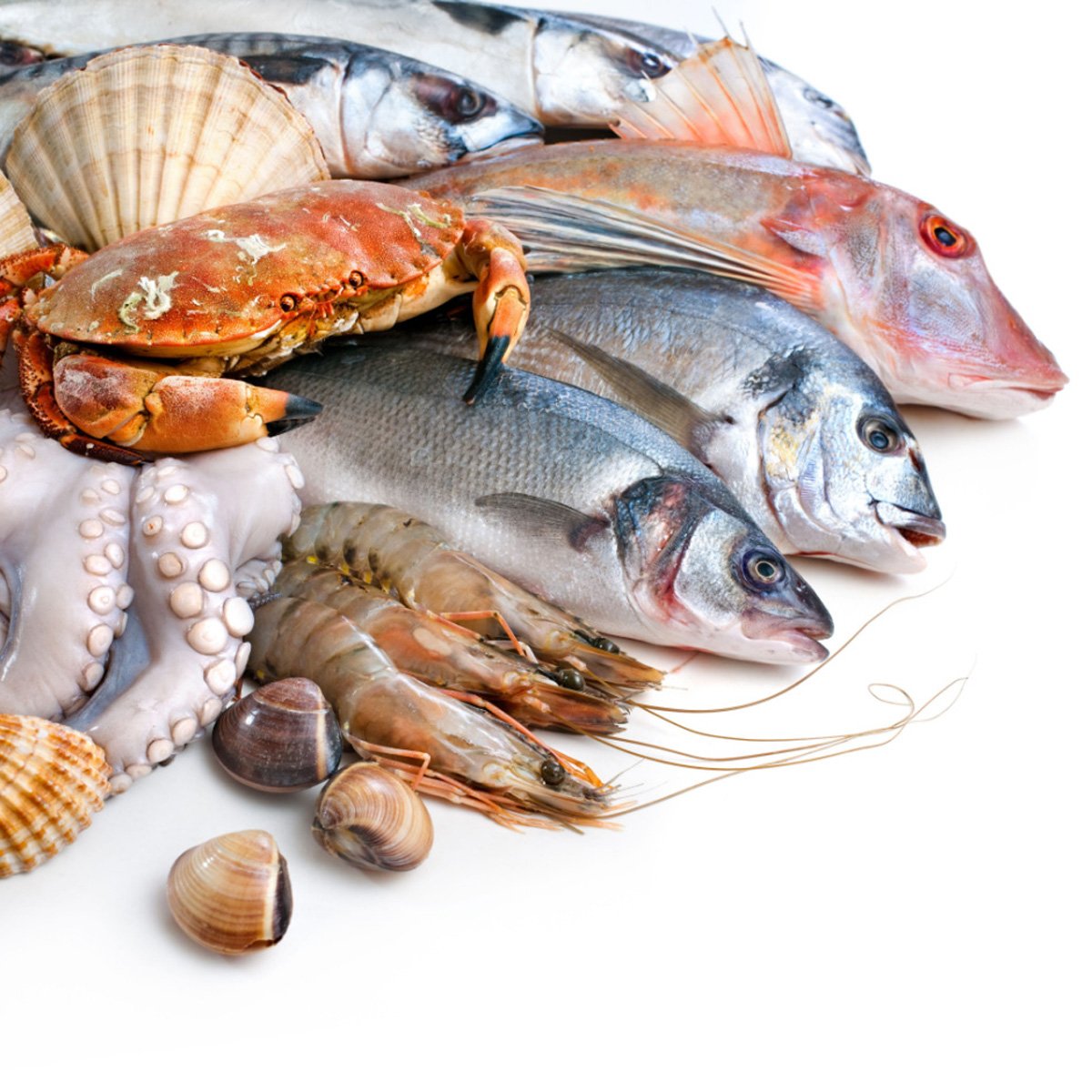 The quick answer is that it depends on what type of seafood you consume. Scaled, non-predatory fish is the only seafood that all Muslim sects consider halal, and different schools of faith have different viewpoints on consuming other types of seafood.

What Makes A Food Halal?

In the Muslim faith, food is halal if it adheres to a set of dietary laws based on Islamic principles and teachings. Halal foods are those that are permissible to eat under Islamic laws and are prepared and consumed while abiding by Islamic guidelines.

Additionally, all ingredients must also be permissible. You should not use haram ingredients, such as alcohol, pork, and certain types of oils, to prepare halal food. All additives and preservatives used must also be halal.

Are All Types of Seafood Halal?

Generally, seafood is halal if you source it from the sea or other natural sources, such as rivers and lakes. This means that shrimp, fish, crabs, and other seafood items are all halal as long as they come from natural sources and are not acquired through prohibited means.

Aside from seafood raised on a farm or in an aquarium, animals whose genes have been changed or who have been given additives that are not halal are also considered haram.

Is Your Favorite Seafood Halal?

There are tons of different types of seafood, but you may be wondering if your favorite seafood is halal or haraam. In this section, I will discuss each of them for you.

Is Fish Halal or Haram?

It depends on the type of fish. Most fish that have scales and are caught in salt water or a mix of salt water and fresh water are considered halal.

Halal fish includes tuna (except for dog-tooth tuna), cod, salmon, mackerel, and tilapia. However, eating fish that eat other fish is haraam, such as sharks.

In addition to the type of fish, the handling of the fish also matters. A fish, for example, is haraam if it died before being caught. Similarly, fish slaughtered without following the Islamic standard is also haram.

Is Sushi Halal or Haram?

Sushi is halal only when the ingredients used to make it are halal. For instance, sushi made with seaweed and tuna is halal, but it would be haram if you added any element that has pork, alcohol, or any haram ingredients in it.

Is Squid Halal or Haram?

The answer to whether squid is halal or haram depends on the school of Islamic jurisprudence you follow.

It's important to remember that some Muslims may choose not to eat squid even if it's allowed by their school of thought. This is because there's often confusion about how to clean and cook squid.

Some Muslims may also choose not to eat squid because it has a strong taste that takes time to get used to. Therefore, it is essential to consult a qualified scholar to determine if squid is halal or haram in your specific context.

Is Shellfish Halal or Haram?

The Quran does not explicitly forbid or permit the consumption of shellfish. Still, different interpretations of the Hadith (the sayings and actions of the Prophet Muhammad) have led to the consensus that shellfish is permissible.

However, it is essential to note that other Muslim schools consider non-fish seafood haram. Shia Muslims consider shellfish haram, including lobsters, shrimp, prawns, and other shellfish.

Is Crab Halal or Haram?

Different Islamic schools have different views on whether crabs are halal or haram. The crab is an animal that thrives on land and water, making it controversial.

Is Shrimp Halal or Haram?

Aside from scaled fish, shrimps are among the sea animals that many Muslim scholars agree to be halal. However, the Hanafi school of thought considers all seafood that does not have fins and scales as haram, including shrimp.

Even though most Muslims think shrimp is halal, strict Muslims also look at where shrimp comes from. Some people don't eat shrimp from dirty sources because they think it's unhealthy.

Is Lobster Halal or Haram?

Most Muslims think lobsters are halal, but some Shia Muslims don't like them because they don't have scales or fins. Still, Muslims all over the world are slowly starting to eat more lobster and other shellfish.

Is Octopus Halal or Haram?

However, in the Shafi'i school of Islamic law, octopus is considered halal, or permissible, because the Holy Quran does not explicitly forbid it.

In the end, a person's decision about whether or not to eat octopus depends on how they understand their faith and what they think is allowed. Some Muslims may not eat octopus because of what they believe, while others may not mind eating it.

Are Sharks and Whales Halal or Haram?

The answer to whether sharks and whales are halal or haram is a bit complicated. From a strict Islamic perspective, neither sharks nor whales are explicitly forbidden or permissible.

In Islam, the source of a food is the most important factor in deciding if it is halal. Any seafood must come from a body of water that is not contaminated with pollutants or other contaminants.

But some Islamic scholars say that shark and whale meat is not allowed because they are big animals that eat other animals, and some of them are endangered.

Islam has a strong stance against the waste of food and the destruction of endangered species. So, shark and whale meat would not be allowed to be eaten according to Islamic dietary laws.

Are Crocodiles Halal or Haram?

The consensus is that crocodiles are haram since they are predatory animals and are not a food source in Islamic culture.

Also, the Quran does not say that it is okay to eat crocodiles, so they are usually not on the list of animals that are okay to eat.

The main reason why crocodiles should be considered halal is that they are aquatic animals, which makes them similar to fish, which is generally allowed in Islam.

But most people don't agree with this argument, so it's important to talk to a religious scholar for more solid advice.

Are Sea Turtles Halal or Haram?

Sea turtles are neither halal nor haram because in Islamic cultures they are not seen as a type of livestock that can be eaten.

Though they are an essential part of many traditional diets worldwide, sea turtles are not commonly considered a legitimate food source within the Islamic faith.

The Islamic dietary laws are rooted in the Quran and Sunnah, which address the consumption of specific types of animals and ingredients. For example, the Quran forbids all carnivorous and predatory land animals as food.

This law would include turtles since they are reptiles.

Is Tuna Halal or Haram?

There is some disagreement among Islamic scholars on whether tuna is halal or haram. Generally speaking, tuna is considered halal for consumption by most Muslim authorities as long as they catch it in the wild and not from fish farms.

On the other hand, farmed tuna must meet specific criteria to be halal. The fish can't eat anything that is against Islam, and they can't live in water that has any haram substances in it.

However, there is an exemption to this rule. According to this list from Al-Islam.Org, all types of tuna are halal except for dogtooth tuna, also known as peg-tooth tuna, as they are predatory fish, and scale-less tuna.

Lastly, farmers should catch tuna alive for it to be halal, as any dead fish or meat is haram.

The best way to know if seafood is halal is to research what types of seafood are halal. While the safest way is to remember that scaled fish is halal, there are other types of seafood that most Muslims consider clean and permissible for consumption.

You can find a lot of credible sources online or ask a religious leader for more reliable answers.

Many seafood suppliers are now labeling their products as halal. The labels make it easier to identify which seafood is halal or not. Look for halal certification on products to ensure you get halal seafood.

Not all fish is halal; a few are haram according to their diet and nature. Here is the list of haram fish.

What Happens If A Muslim Eats Haram Food?

If a Muslim eats haram food, it is considered a major sin, and they should ask for repentance. Eating food prohibited in the Quran is a breach of faith. Eating haram food can lead to spiritual, physical, and mental repercussions.