While milk is a staple in everyone’s diet, it contains high calories and fat. That's why people who suffer from acid reflux or gastroesophageal reflux disease should always be careful of choosing which milk to drink. 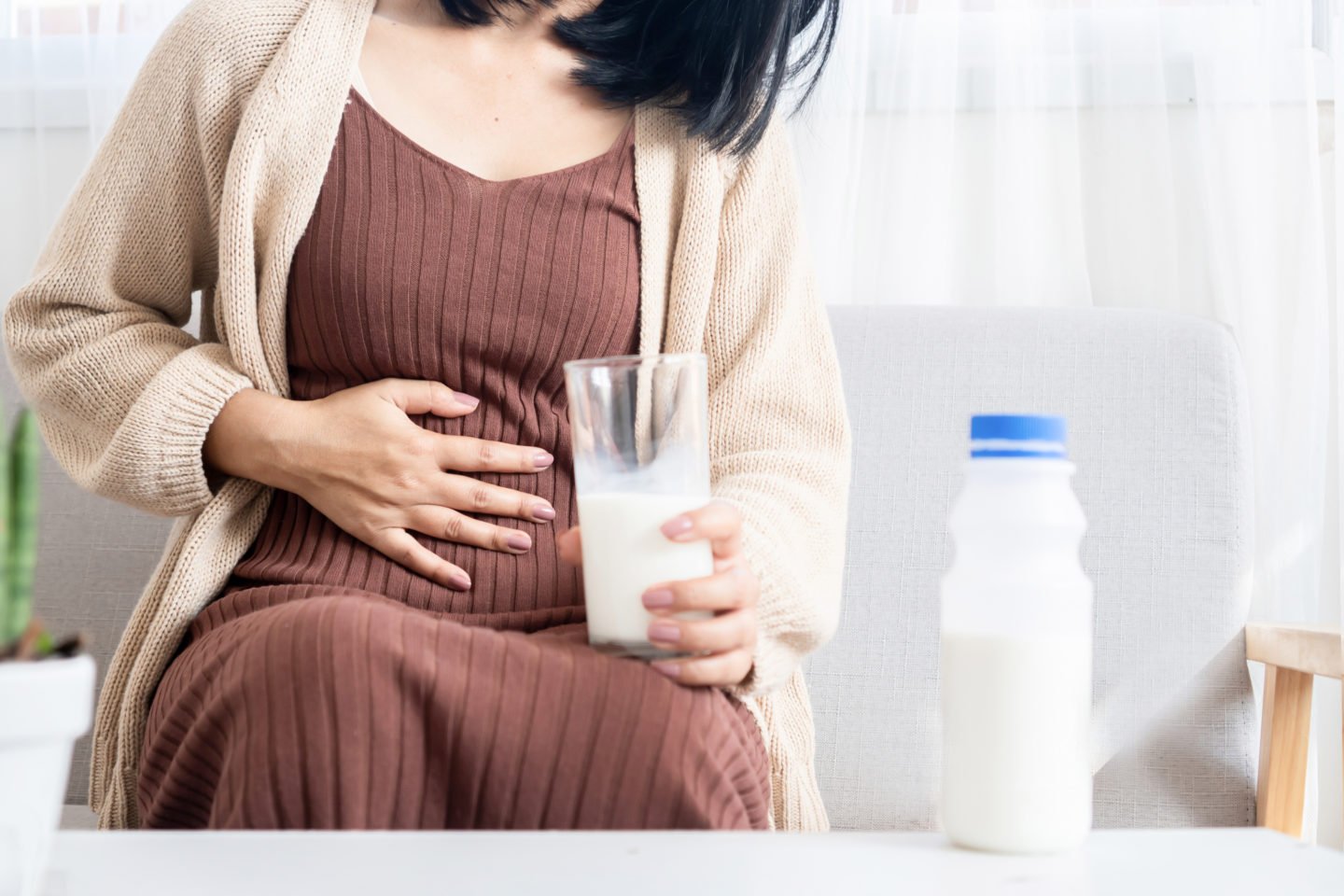 The fat and grease in the food we eat prevent the lower sphincter from closing fully, causing leakage of gastric juices, resulting in heartburn. Moreover, fat stays in the stomach for a longer period, which results in increased acid production.

Since milk is rich in calcium, it relieves acid reflux as it acts as an antacid and promotes muscle tone. However, you have to look out for the fat content, not only in milk but also in other food that you wish to include in your diet. Low-fat milk like skim milk, low-fat buttermilk,  and milk alternatives like oat milk, almond milk, and soy milk are the best options for people with acid reflux.

Mixing these healthy milk options with fiber-rich food makes it even better. For example, mix it with whole grains like oats or serve a glass of milk with whole bread as these foods promote digestion and contain necessary nutrients. This article will discuss everything you need to know about milk and its effect on acid reflux or heartburn.

Milk and Heartburn: Is Milk an Enemy or a Friend?

However, milk also contains fat that triggers acid reflux symptoms. Fat and grease prevent the lower esophageal sphincter from closing fully, resulting in the escape of some acids. Moreover, fat stays with the stomach contents for longer periods, resulting in more acid and gas production.

The solution lies in choosing the best kind of milk. Low-fat milk contains more calcium than whole milk and is healthier for people with acid reflux.

The term whole milk means that the fat content of the milk is retained. Each cup of whole milk provides 149 calories, 8 grams of protein, and 8 grams of fat. While all-natural, whole milk often carries a bad reputation as it contains more saturated fat than other types of milk.

As the name implies, 2% milk contains only 2% fat, compared to the 3.5% fat content in whole milk. For this reason, this type of milk is also called reduced-fat milk. However, even when reduced, a cup of 2% milk still contains 5 grams of fat. Like whole milk, it also contains 8 grams of protein.

Chocolate milk is made by mixing whole milk and cocoa powder. While this is a popular snack drink among kids, this contains the same fat percentage as whole milk. Each cup has 8 grams of fat and 8 grams of protein. However, chocolate milk contains 24 grams of sugar per serving. Sugar also triggers gastroesophageal reflux disease symptoms.

Half-and-half milk contains half whole milk and half cream. If you have acid reflux or are prone to developing heartburn symptoms, you should stop using half-and-half in any recipe as it has 12% fat. A cup of half-and-half milk has 30 grams of fat, which is almost 80% of the advised daily fat intake.

Even though hazelnuts have antioxidants that reduce inflammation, hazelnut milk can still aggravate heartburn symptoms. Hazelnuts are mildly acidic to moderately acidic, with a pH of 6.8.

The presence of fatty nuts in the stomach can slow down the evacuation of its contents. That's the result of consuming these nuts in excess. In addition, stomach acid might travel back into the esophagus if gastric emptying is sluggish, producing heartburn.

Like hazelnuts, cashew nuts are acid-forming nuts that may trigger acid reflux. In addition, while most of the fats in cashew milk are unsaturated fats or healthy fat, cashew milk may slow down digestion.

As the name implies, skim milk, commonly marketed as non-fat milk, contains no fat. That, in turn, results in not-so-creamy milk. However, if you suffer from heartburn and other acid reflux symptoms, you might give this a try. Despite the absence of fat, skim milk still contains high levels of nutrients such as calcium and protein. Each cup of skim milk contains 8 grams of protein and 325 milligrams of calcium.

When it comes to the taste, many might dislike skim milk’s taste as it can be bland due to the absence of fat. You can enhance the flavor of non-fat milk by adding a drop of vanilla to it. However, you still can’t have the richness and creaminess of whole milk.

While most legumes are acid-forming, soybeans are alkaline-forming when ingested. That means that soy milk is effective in preventing acid reflux. In addition, although soy milk contains 4 grams of fat per cup, these are unsaturated fats or healthy fats. Regarding protein and calcium content, soy milk has 7 grams of protein and only 60 mg of calcium.

Almond milk has a high alkaline content. As a result, almond milk can help lower stomach acidity and treat heartburn and other acid reflux symptoms. In addition, commercial almond milk is often fortified and is a rich source of calcium, with 248 mg per cup.

Almond milk has a velvety texture and a sweet and nutty flavor. It's low in calories and packed with vitamins and minerals, including magnesium, potassium, zinc, iron, and phosphorous, vitamins D, E, and A.

Oat milk is low-fat milk with only 2 grams of fat per cup. Moreover, oat milk is a rich source of fiber, with 2 grams per cup, which is higher than soy milk. Fiber is essential in preventing acid reflux as it helps digest food, causing less acid formation in the stomach.

Compared to other alternative milk, oat milk tastes surprisingly good. It’s comparable to whole milk but only a little sweeter and has a nutty finish.

Although uncommon, flax milk is your option if you’re trying to boost your fiber intake or if you have lactose intolerance. This milk does not contain any lactose and cholesterol, making it safe for people with heart problems. Aside from its 3 grams of fiber per cup, you also get 1,200 milligrams of omega-3 fatty acids, which protect the heart, and 3 grams of protein.

Aside from drinks with high-fat contents and fatty food, people who suffer from acid reflux should avoid acidic and sugary drinks. In addition, drinks that contain caffeine also trigger acid reflux. To simplify it, we made a list of drinks you should avoid if you have gastroesophageal reflux disease.

Aside from choosing low-fat milk and alternative milk, consider the following drinks to help ease or prevent acid reflux symptoms.

What milk is best for acid reflux?

When it comes to dairy milk and dairy product, non-fat milk or skim milk is the best option. It does not contain any fat but still provides the same amount of calcium that acts as an antacid and neutralizes stomach acid production. Alternative milk options like almond milk, soy milk, oat milk, and flax milk are also great for relieving acid reflux.

What can I drink for acid reflux?

The best drinks to have when suffering from heartburn are alkaline drinks. These drinks neutralize stomach acid production and ease the burning sensation. Alkaline water made with baking soda also promotes heartburn relief.