One of the most popular soups in the United States, clam chowder offers creamy, savory flavors that bring comfort to the consumer. But, despite being a famous delicacy, there’s a debate about whether people should enjoy or avoid this dish. 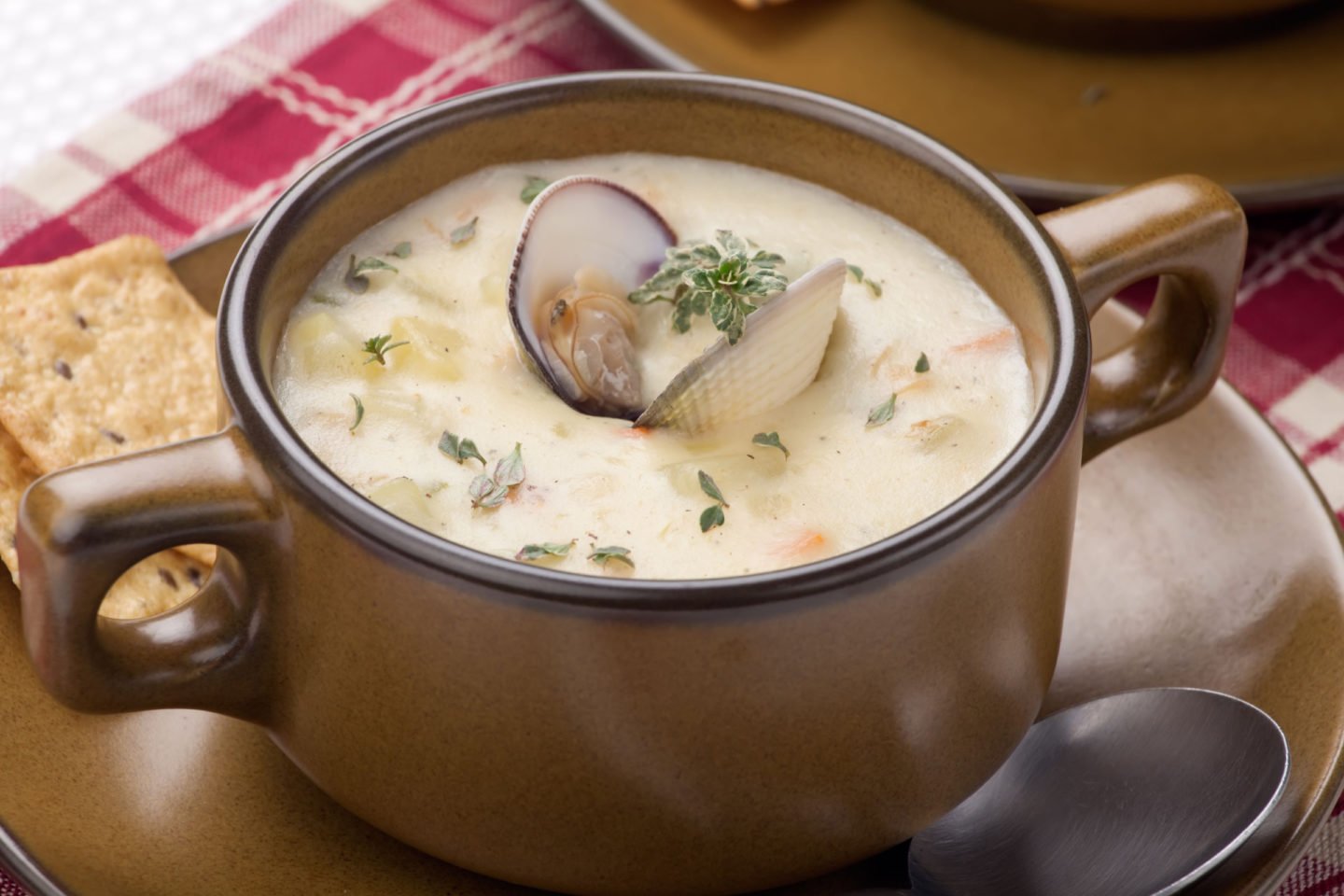 However, restaurants came up with a healthier version of this delicious dish, using fat-free or low-fat cream and less salt. Moreover, clams bring in a massive chunk of the protein needed, and with the nutrients in other ingredients in this soup, people still push for its consumption.

Read on to learn everything you need to know about this topic.

What is Clam Chowder?

Clam chowder is a richly flavored soup made with minced clams and bits of vegetables and boiled in a cream or water-based stock and clam juice. The aromatics and flavorings used in this dish are onion, garlic, carrots, tomatoes, celery, spices, and herbs like fresh thyme. Moreover, the meat is boiled with the soup stock to allow the flavors to soak into the flesh.

Although famous worldwide, New England clam chowder is the original delicacy. You can use different clams when making this chowder style, with smaller, more sensitive clams as the preferred type. New England Clam Chowder and Manhattan Clam Chowder are the two most commonly made clam chowders on the market, but they only differ in the ingredients used.

However, other styles of chowder exist, like Rhode Island Clam Chowder and regional chowders manufactured in locations such as New York and San Francisco. Moreover,  Cioppino Stew is a popular seafood dish served in San Francisco—not technically a chowder but more of a stew.

Unlike New England clam chowder, Manhattan clam chowder is made with a tomato-based broth infused with clam juice rather than milk or cream.

We’ll take the Campbell’s Chunky Healthy Request New England Clam Chowder as an example. One cup of this canned clam chowder contains 1,292 calories, 3 grams of fat, 9.8 milligrams of cholesterol, 409 milligrams of sodium, 999 milligrams of potassium, 20 grams of carbs, 2 grams of fiber, 5 grams of protein, and only traces of essential vitamins.

As revealed above, clam chowder is a rich source of protein, carbs, potassium, fiber, and vitamins. Therefore, choosing a less fatty clam chowder makes the dish healthier. For instance, if we compare New England clam chowder with Manhattan clam chowder, the former contains more fat due to the usage of milk and cream.

Manhattan clam chowder soup uses more vegetable options like carrots and celery and additional herbs like fresh thyme that bring in high amounts of vitamins and minerals. Moreover, clams are one of the richest sources of dietary choline, which is necessary for proper brain function and cognitive health.

Although the fat content in clam chowders is a bit worrying, we should be concerned about the sodium content. Canned clam chowder contains as much as 1,500 milligrams of sodium, equivalent to 66% of the allowed sodium intake.

Too much salt in the diet can cause hypertension, heart disease, and stroke. It can also induce calcium loss, with some of it being removed from the bone. Most Americans take at least 1.5 teaspoons of salt daily, which is around 3400 mg of sodium, which is significantly more than our bodies require.

The danger with clam chowder is that it tastes so good when adequately seasoned with salt—the salt balances out the clam juice, which can have an unpleasing flavor to others. Moreover, people with lactose intolerance and acid reflux should stay away from New England clam chowder that uses milk and dairy.

Who Should Not Eat Clam Chowder?

Although eating fresh clam chowder occasionally does not pose any serious health issues, here are a few of the people who should stay away from this soup.

Most clam chowders, particularly New England clam chowder, contain milk and cream, both of which are high in fat.

People with seafood allergies should avoid clam chowder at all costs. Even the ones that are made with canned clams pose serious side effects.

How to Make Clam Chowder Healthier

To achieve a healthier clam chowder, I suggest making homemade clam chowder or following healthy recipes online. With this, you control how much salt you put in, using milk and dairy alternatives and adding more vegetables.

Try substituting the potato with cauliflower. Cauliflower contains fewer carbohydrates, making it diet-friendly. You can also use low-fat milk and cream alternatives like oat milk and coconut cream instead of regular milk and heavy cream. Doing this makes your clam chowder safe for people with acid reflux.

Another good thing to reconsider is bacon. Bacon grease contains saturated fat, so substituting it for lean meat like turkey bacon makes it healthier. Lastly, use less salt to lower your soup's sodium content. If you wish for a rich, savory taste, you can use chicken stock or chicken soup as a healthier alternative, and be sure to use medium heat to avoid damaging the nutrients.

RELATED Soy Milk: The Pros and Cons of This Popular Dairy Milk Alternative.

Which clam chowder is healthier?

Compared to New England clam chowder, Manhattan clam chowder contains less fat. However, you can make homemade clam chowder and use even less salt and more vegetables to make it healthier.

Can you eat clam chowder on a diet?

Clam chowder contains high carbohydrates, saturated fat, and sodium, which are all bad for people on a diet. Although you may still eat a small portion of it every once in a while, watch the sodium content to avoid any water weight.