Acid reflux and heartburn are commonplace but incredibly uncomfortable. These unpleasant problems can happen anytime, yet certain foods and drinks can make them worse. For instance, consuming a diet high in acidic foods can exacerbate the symptoms of acid reflux and GERD. 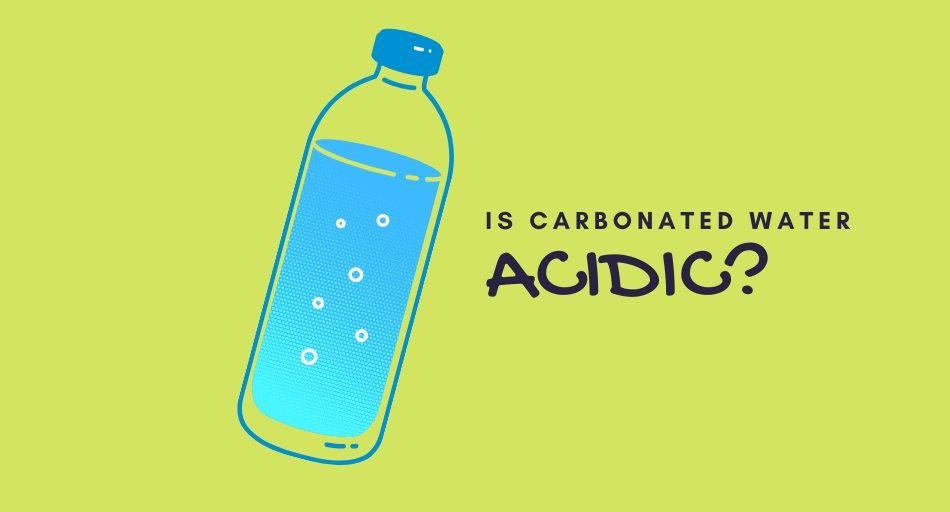 So it's important to know the pH levels of the foods you consume often.

So, always listen to your body and check if it's right for you.

What is the pH level of carbonated water?

On average, cold, carbonated water has a pH level of 4.5. This makes it relatively acidic, which means that it might not be suitable for people experiencing the symptoms of acid reflux or GERD.

Furthermore, various brands of water have different pH levels, ranging from around 3 to almost 6. So it's important to pay attention to labels and do your research if you're trying to lower your intake of acidic foods and drinks.

Moreover, the pH level of carbonated water also changes when it sits in a glass for a longer period of time. Hence, the pH level can be different when you drink it from a freshly opened bottle as opposed to from a glass that was in contact with air.

Depending on the type of carbonated water, the nutritional content varies greatly. For instance, regular water that has been infused with carbon dioxide is simply sparkling water. It doesn't contain any added sugars, and it's also low in minerals.

So the primary benefit of this water is hydration, which is important to help you stay healthy, control your hunger levels, and dilute stomach acid to help prevent the symptoms of acid reflux and GERD.

However, natural sparkling waters, such as San Pellegrino and other brands, are sourced from mineral springs, thus containing many nutrients.

The nutritional content varies from brand to brand, but in most cases, this water contains a lot of calcium carbonate and magnesium. Calcium carbonate is a mineral that is often used as an antacid, helping to prevent heartburn and other symptoms of acid reflux.

On the other hand, magnesium supports muscle health and nerve function as well as bone health. As a result, it's a great idea to consume foods and drinks rich in these nutrients.

On top of that, sparkling water has been proven to help fight constipation. The carbon dioxide in carbonated water helps move things faster through your intestines, relieving constipation and decreasing the frequency. Additionally, drinking carbonated water may help soothe your stomach, preventing stomach pain caused by overeating and food poisoning.

Furthermore, people often worry that drinking carbonated water can have a negative effect on your teeth' health. However, this isn't true. As long as the water doesn't contain any additives, such as citric acid, it won't destroy your teeth.

Only very acidic drinks consumed in high quantities can harm your teeth, and the research claims that carbonated water doesn't have that ability.

Since carbonated water is slightly acidic, it may worsen the symptoms of GERD and acid reflux. Furthermore, the carbon dioxide in this type of water can lead to bloating and gas.

Thus, while drinking carbonated water won't cause IBS (irritable bowel syndrome) and other stomach issues, it might worsen the already present symptoms, especially if you're sensitive to carbonated and sparkling drinks.

On the other hand, some people may experience some relief from drinking sparkling and carbonated water when their stomachs are upset. After eating too much fatty or sugary foods, drinking some carbonated water can help move the food through your digestive system, easing the discomfort. As a result, it can be helpful and better than regular, full of sugar soda.

Is carbonated water better for acid reflux than mineral water?

However, as always, if you're not too sensitive to acidic foods, you don't have to eliminate carbonated drinks from your diet completely. Just make sure to drink them in moderation and not too often.

Nevertheless, if you're trying to kick your soda addiction, switching to carbonated water is a great idea. This is because you still have the carbonated taste but without the added sugars. Consuming too much sugar not only leads to weight gain but also slows down digestion.

When the food you've consumed isn't digested quickly, stomach acid starts to accumulate and might reflux back to your esophagus, causing heartburn and other uncomfortable symptoms. Hence, it's a good idea to try to limit your intake of sodas.

All in all, carbonated water is slightly acidic, which means it might not be suitable for people struggling with acid reflux or GERD. However, if you can tolerate the acidity level, drinking carbonated water is better than drinking sodas that are high in sugar and very unhealthy.

What's more, carbonated water helps you stay hydrated, so if the acidity level and carbon dioxide content don't bother you, it's a good addition to your diet — in moderation, of course.