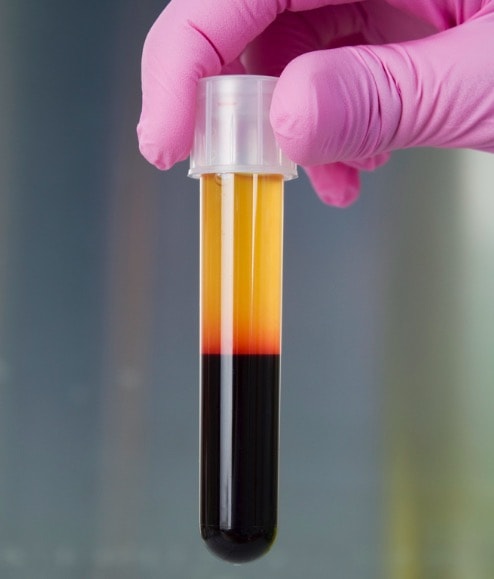 Hyperlipidemia is a key preventable risk factor for the number one cause of death and disability in the developed world - heart disease. Hyperlipidemia refers to high levels of lipids in the blood.

Hyperlipidemia (also called dyslipidemia) can be asymptomatic (until you get really sick or it kills you) but can be diagnosed from a simple blood test. Sometimes, high blood lipid levels can actually form a fat globule which floats on top of blood samples in a test tube like a oil slick. Doctors can also suspect hyerplipidemia from deposits of lipids seen in the eyes called xanthelasma.

Cholesterol is a waxy fat-like substance that is a key ingredient in cell synthesis. Simply put, cholesterol is critical to our survival as a species. There are two main sources of cholesterol. We make cholesterol in our liver and also consume cholesterol as part of our diet.

In general it is a bad idea to drop off cholesterol in the arteries because it enters the lining of the arteries and triggers a chain reaction that ultimately leads to narrowing or blockage of the arteries (aka angina and heart attacks).

What Are The Causes?

Causes of dyslipidemia can be divided in two main categories:

Primary dyslipidemia where people are born with an inherited disorder of lipid metabolism.

A wide range of natural treatments have been  touted as ‘safe and effective’ alternatives or adjuncts to managing hyperlipidemia including fish oil, red yeast rice, niacin, chromium, milk thistle, garlic. Sounds like we should unbox some of these options and see what science there is to back up any of these claims. 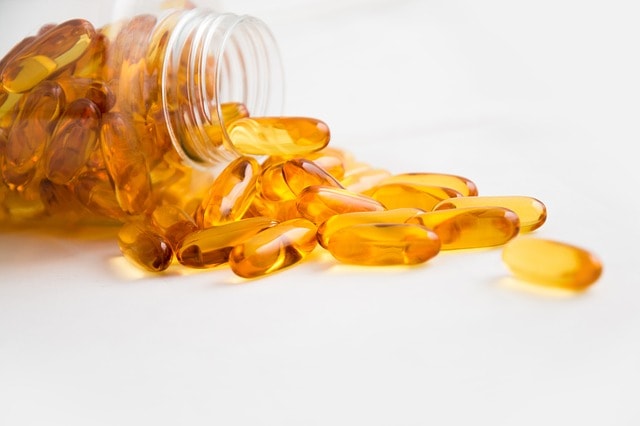 They undertook the review to account for new studies which had been published since the 2012 meta-analysis. They concluded that omega-3 supplementation was ‘reasonable’ in patients with known cardiovascular disease (such as a recent heart attack).

Summary: Currently omega-3 is recommended for people who have known heart disease but there is no information on its utility in healthy people with no known pre-existing heart disease.

Red yeast rice contains Monacolin K (lovastatin) and is widely used as a herbal medicine in China. Investigators in China and Italy conducted a comprehensive meta-analysis to explore the safety and efficacy of red yeast rice in dysplipidemia (4).

They analyzed data from 804 subjects who participated in 13 randomized placebo controlled trials. The study showed that red yeast rice significantly lowered total cholesterol, LDL-cholesterol but not HDL-cholesterol as compared to placebo. No significant side effects were noted. Mild muscle pain as the most common side effect reported.

A recent study published in 2019 assigned 50 eligible subjects with hyerplipidemia to monacolin K rich red yeast rice, gamma-aminobutyric acid rich red yeast rice or a placebo (20). The aim of the study was to better understand specifically which components of red yeast rice can help with hyperlipidemia. The study was conducted in Taiwan over a 3 month period. The study found that the monacolin rich rice effective at lowering cholesterol while the gamma-aminobutyric acid resulted in a non-significant reduction in triglycerides. This led to the conclusion that different types of red yeast rice can have differential effects on hyperlipidemia and could be used to target patients with different types of hyperlipidemia.

Summary: There is science to support the claim that red yeast rice can help hyperlipidemia. However, further long-term, rigorously designed randomized controlled trials are still warranted before red yeast rice could be recommended to patients with dyslipidemia, especially as an alternative to statins.

Niacin (B3 or nicotinic acid) is known to reduce total cholesterol and triglycerides and increase HDL-cholesterol (5). Using linear reductionist thinking, niacin should help reduce heart disease given the fact that it has a favorable lipid profile. However a new meta-analysis of clinical outcomes with niacin just published this summer has found that this is not the case. I think we can all agree that we care about clinical outcomes and not laboratory values.

A Cochrane review evaluated the impact of niacin on the risk of heart disease or stroke (6). Investigators identified 23 studies (including 39195 participants) that did head-to-head comparisons of niacin versus placebo. 17 out of the 23 studies were fully or partially funded by companies with manufacturing interests in the compound.

Niacin offered no benefits in terms of death, heart attacks or stroke over placebo. The authors concluded that cardiovascular benefits from niacin therapy are ‘unlikely’. 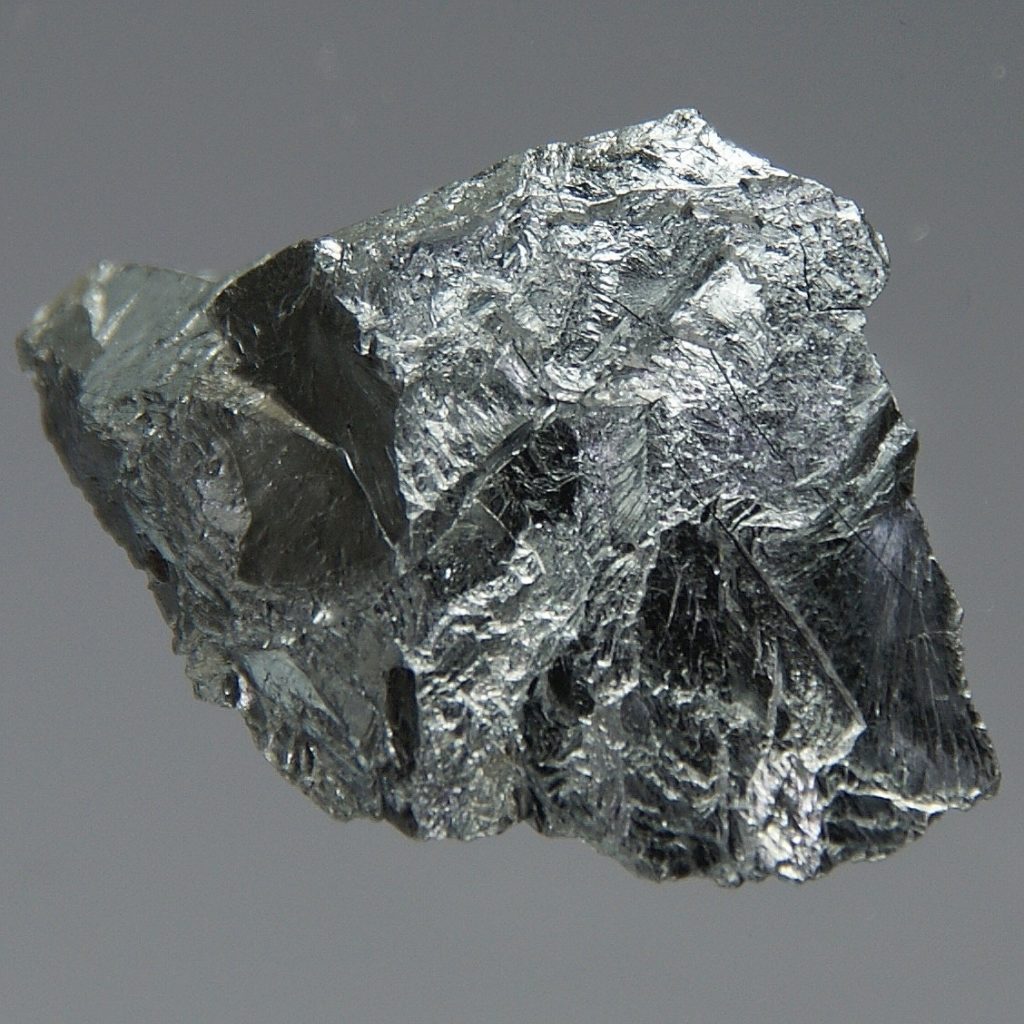 Chromium is an essential mineral for carbohydrate and lipid metabolism. A meta-analysis of 22 randomized control trials of chromium mono-supplementation in diabetes showed that chromium significantly reduced triglycerides and increased HDL levels (7). There were no significant differences between the side effect profile of chromium versus placebos.

Summary: There is evidence to suggest that chromium supplementation can have a favorable impact on lipid profiles in patients with diabetes. 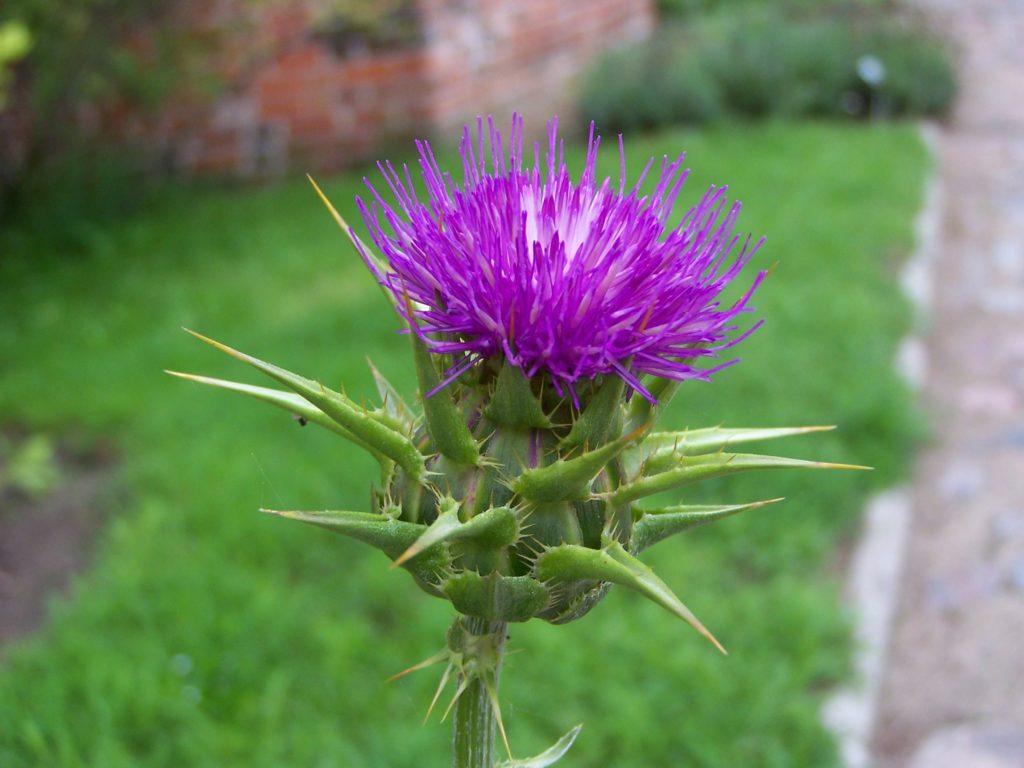 There are no clinical studies evaluating the effect of milk thistle (Silybum marianum) on lipid profiles.

There is a study which looked at the combination of Berberis aristata (tree turmeric)  plus Silybum marianum on lipid profiles in patients who were intolerant of standard statin therapy (9). 137 dyslipidemia patients were enrolled in the study. All patents had experienced treatment limiting side-effects on statin therapy.

The statin therapy was discontinued for one month and then re-introduced at half the original dose. Patients were then randomly assigned to either B. aristata/S. marianum 558/105mg twice daily with meals for six months.

Lipid profiles did not change in the intervention arm but increased in the placebo arm. There were no significant adverse effects noted. The authors concluded that B. aristata/S. marianum may be considered as adjunctive therapy in patients intolerant of standard statin therapy.

A second study looked at a combination of red yeast rice plus S. marianum plus octasonal versus placebo on the lipid profiles of 134 low risk dyslipidemic patients (10). There was a non-significant decrease in total cholesterol and LDL- cholesterol compared to baseline in the intervention group.

Summary: There are no studies looking at milk thistle mono-therapy on lipid profiles. 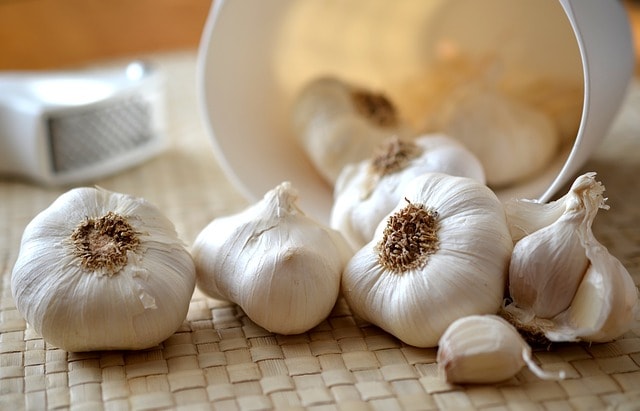 Once a diagnosis of hyperlipidemia is made, physicians usually take a comprehensive personal and family history and do a full physical examination to identify any relevant disorders such as strong family history of early heart disease (suggesting familial hyperlipidemia), thyroid, renal, liver disease etc.

As an example, people with hyperlipidemia plus hypertension plus diabetes would have a higher QRISK score than a fit younger person with normal blood pressure.

The vast majority of people have no identifiable risk factor for hyperlipidemia other than lifestyle issues. Oddly, (speaking as a practising physician), I can honestly say that it is often easier to manage thyroid or renal disease than to attempt to conquer lifestyle issues. 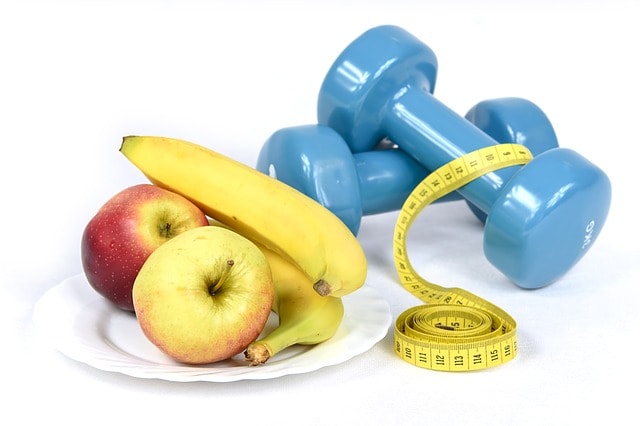 It is standard practice to recommend lifestyle modifications including weight loss, exercise and a healthy diet to all patients with hyperlipidemia. Believe me, when I say that it is far easier (and faster and more popular) to write a prescription that it is to have ‘that conversation’ with some patients.

A UK based study in 2508 subjects showed that 60% of people achieved a 1.8% reduction in body weight which was associated with a 5 to 7% decrease in total and LDL-cholesterol (15).

Summary: Lifestyle modification is a cornerstone of the management of hyperlipidemia.

Statins remain the mainstay of drug therapy for hyperlipidemia. A Cochrane review of randomized trials of stains versus placebo or standard of care showed a reduction in all cause mortality and major vascular events with no excess of side effects in adults with no evidence of heart disease who were treated with statins (16). The Cochrane review included 19 high quality randomised control trials including over 56,000 participants.

Bottom line: High quality evidence demonstrates that Statins are effective in the management of hyperlipidemia.

There are a wide range of statins (branded and generic) on the market and 18 million Americans take statins daily. Key side effects include headache, fatigue, altered bowel habit. A signature side effect of statins is inflammation of muscles which can cause muscle pain and renal damage. Sometimes statin medications have to be withheld to facilitate co-prescription of other medications (e.g. daptomycin used to treat MRSA infection) because of a risk of additive toxicity. 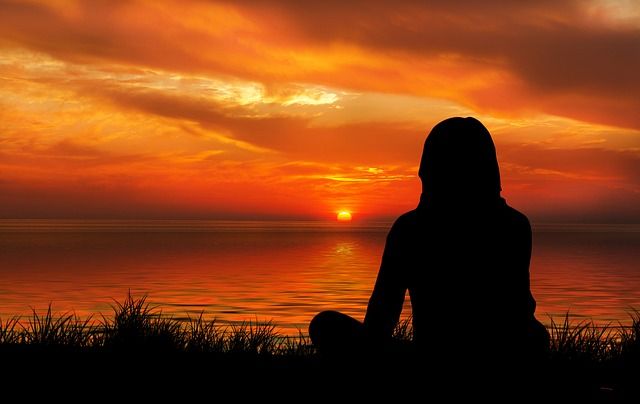 Meditation and mindfulness are believed to afford a range of health benefits. A controlled trial evaluated the effect of one year of Transcendental Mediation on serum cholesterol levels in patients with hypercholesterolemia (17). Paired comparisons were made between regular meditators and non-meditators and found a statistically significant reduction in cholesterol among the meditators.

This study has a number of limitations including a small sample size (n=23) and the fact that meditators may have had an overall healthier lifestyle which could have confounded the results.

Summary: There is no convincing evidence to support the use of meditation for hyperlipidemia (though there are plenty of other reasons to recommend meditation).

Proprotein convertase subtilsin kexin 9 (PCSK9) is a new type of treatment for hyperlipidemia with a novel mode of action (18). It acts by reducing LDL receptor recycling on cell walls which increases circulating levels of LDL. Currently studies are underway to assess the safety and efficacy of this agent in primary prevention.

However, it is currently administered by injection (as opposed to orally) and is expensive which means it is only likely to be of relevance to a high-risk sub-group of patients with hyperlipidemia.

Summary: It is too early to comment on proprotein convertase subtilsin kexin 9 but practical issues make it unlikely to be a runner.

I have noticed recently that argan oil is touted as the panacea for every beauty ailment. Can it help with high lipid levels? A 2108 systematic review analyzed data from 5 clinical trials involving 292 participants (21). It seem that argan oil wins again. The data shows that argan oil supplementation reduces total cholesterol, LDL-cholesterol and triglyceride levels while raising HDL-cholesterol. The authors recommended that further clinical trials be carried out to see if argan oil actually improves outcomes from cardiovascular disease. If these studies prove to be positive, maybe argan oil will be one of the precious multi-purpose items I would bring to a desert island?

This year, Iranian investigators published the results of a study in 97 patients who were randomized to either twice daily almond oil or twice daily placebo for 30 days (22). Statistically significant reductions in total cholesterol and LDL-cholesterol were seen in the almond oil group, while no beneficial effects on HDL-cholesterol or triglycerides were noted.

Summary:  Emerging data suggests that oils may have beneficial effects on lipid profiles.

There are a number of proven modalities which can effectively correct hyperlipidemia. While hyperlipidemia in adults is important, this is a very narrow lens through which to view health. Lipids are just a part of a bigger matrix that affects our health and longevity. It is much more important to look at overall cardiovascular risk such as the QRISK score.

In reality, many people prefer quick-fixes (statins) over fit-bits. The true impact of correcting LDL levels (by natural or pharmaceutical means) will be very limited if done without consideration of other related risk factors such as weight, exercise, cigarette smoking etc.

Equally, it is a mistake to focus just on adults. Children are also at risk of hyperlipidemia (19).

So often, people are fixated on the relative merits of natural (herbal) versus pharmaceutical therapies. When it comes to hyperlipidemia, such conversations are missing the point entirely. The focus should not be natural versus pharmaceutical. I have patients who regularly eat at fast food joints and rarely exercise as they are really busy. These same patients have an aversion to pharmaceutical drugs and will only take fish-oil, garlic and milk thistle. I advise them to pick their battles.

There is a much bigger picture here.

For many people (like these patients), hyperlipidemia is probably best viewed as an early warning system that alerts us to a much bigger lifestyle problem.