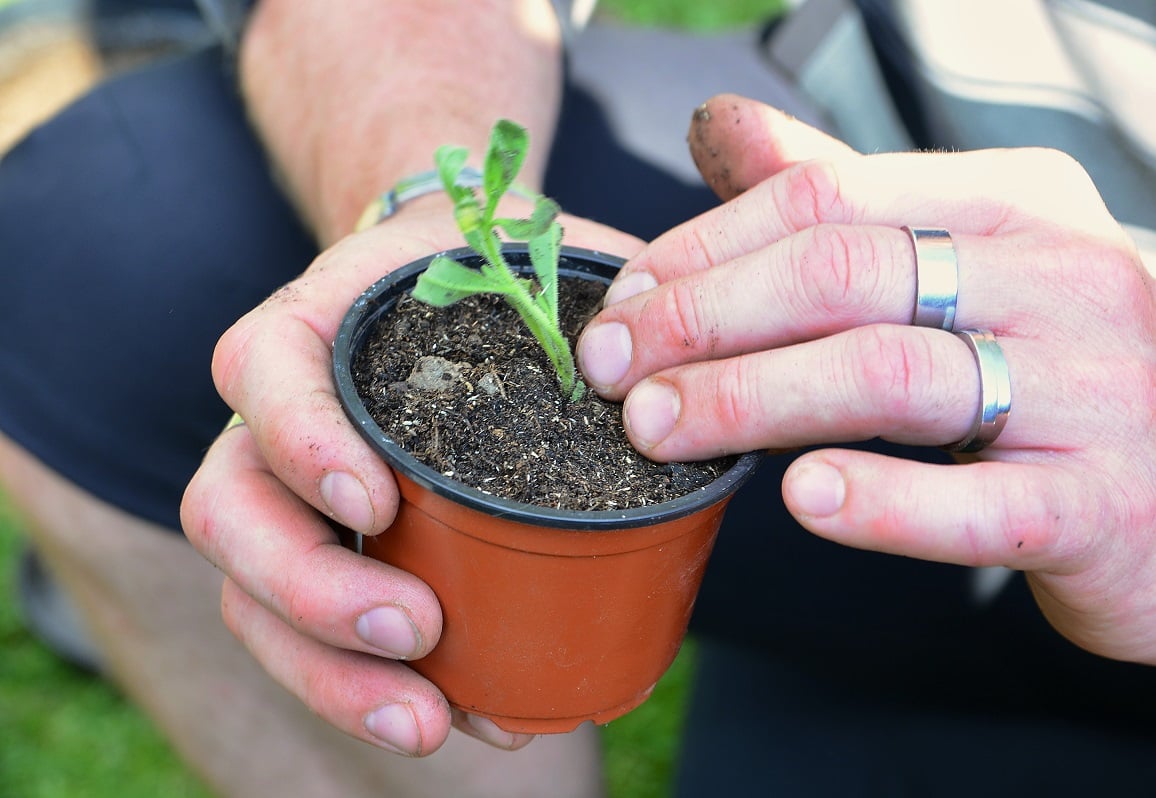 An intro to the Intro

I like to start my review articles with the question I imagine most of you, readers, will have led you to us, here. I try to stay away from hard line, dichotomous claims. After all, what science usually points to is a nuanced perspective, which is why panaceas are generally false. In this case, however, I need to start with a big NO: don’t consume humic acid (HA) for anything, ever. It is toxic to humans and potentially very dangerous.

As will be detailed below, there is evidence that HA is a possible etiologic agent (something that causes disease) of several vascular diseases and that there is a correlation with the incidence of Alzheimer’s disease, besides other harmful effects.

Advocates claim precisely the opposite: that it may be a potential therapy for Alzheimer’s disease.

I found no solid evidence for any of these claims.

We’re not talking about the common cold or acne. We’re talking about big time morbidities and issues of the modern world, such as vascular disease, brain and cognitive health.

If both claimants (for and against) are equally well published and documented, it is the responsible thing to do to not recommend it. This is called a “scientific controversy”, and one that doesn’t look like it will be solved in the near future.

There is precedent to fad induced consumption of dangerous substances. It happened from “cancer treating flavonoids”, “recovery from pregnancy”, to all the weight loss fads. In fact, the history of lethal pseudo-scientific fads starts with the use of a drug for weight loss, called 2,4-Dinitrophenol (DNP). In the early 1930s, there were several deaths of women who had discovered the “magic cure” for overweight. It is a poison: an uncoupling agent of oxidative phosphorylation. Unfortunately, regulating its commerce and warning the public of its toxicity was not enough. It continued to be used and is still used by bodybuilders (9).

I do my part: I warn. After that, every choice is an informed one and, hopefully, a healthy one.

The first thing to inform about any treatment or medically bioactive substance is its nature. What are Humic Acids (HA)? HAs are organic constituents of soil (humus, peat and coal). They can be found in other natural and artificial conditions of organic decay. To understand what they are and why there are claims about several bio-active roles they play, we should look at soil structure and humification (how humus is formed).

This is the soil structure: 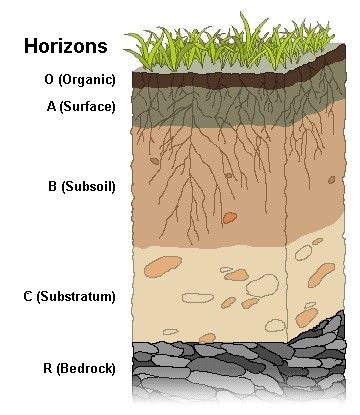 The organic layer is composed of dead plant and animal material at different stages of decomposition, microorganisms, soil animals and, of course, clay and sand. When you make compost, for example, you are basically making the organic horizon of soil.

Humus is the part of the soil organic matter (the brown layer in the picture) that is amorphous and doesn’t have living or decayed cell structures. The breakdown of organic matter can lead to mineralization, where minerals are made available to absorption by plant roots, or they may form new, more or less stable organic molecules, frequently polymerized and (more or less) resistant to microbial action. The stability of these substances depends on their attachment to clays (3, 15).

So, there you go! Now you know why the enthusiastic proponents of HA therapies refer to them as the “thousand year old” miracle “natural” cure: yes, they can last for a very long time.

These substances form colloids at the top soil. Colloids are insoluble particles dispersed throughout a water-soluble environment. “Humic substances” are very important for soil structure and fertility. There is now evidence the humus plays a complex nutritional role in plant development with certain substances having hormone-like behavior (6).

Here is one example of a HA. It has a variety of components including quinone, phenol, catechol and sugar moieties. Now imagine this linked to similar structures many times, forming a big chain. That would be a polymer. 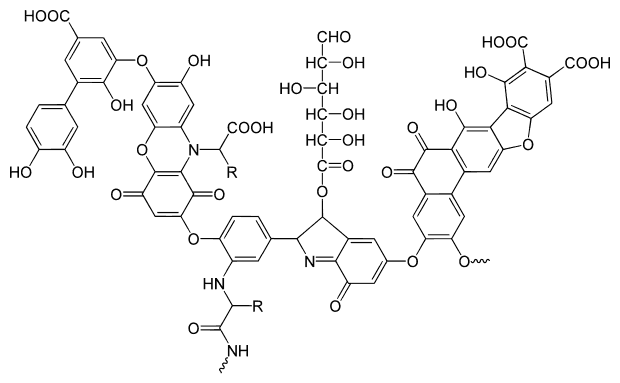 By Yikrazuul - Own work, Public Domain,

The importance of HA for plant health cannot be overstated: from nutrition, metabolism in general to antioxidant and detoxifying agent, these substances are essential to soil (16, 17).

Actually, some of the greatest anthropogenic environmental catastrophes concerning soil and agriculture are directly linked to the loss of top soil, and, more specifically, humus.

But we are talking about plant and sometimes animal health (12) – not human health. The fact that these substances can retain important micro-nutrients through chelation (when an organic molecule “traps” an element through ionic exchange) and deliver them to plant roots doesn’t mean humans should eat them and expect the same result.

In this article, we will examine the evidence behind the most popular claims made about HA as a health supplement or healing substance. But first we will offer you the research concerning the potential danger of these substances.

In a comprehensive article, Li and collaborators (14) offered evidence that HA has a synergistic effect enhancing Aβ-induced (amyloid β peptide) cytotoxicity in cultured human SK-N-MC neuronal cells. This effect points to HA as a possible etiological agent (something that causes a disease) for several vascular diseases, including Alzheimer’s disease.

According to the authors, HA has been implicated in the etiology (the cause or origin of a disease) of several vascular diseases. Some of them are Peripheral Vascular Diseases (PVD). They cause endothelial dysfunction and are also a risk factor for cerebrovascular disease (CVD). It is proposed that this connection might explain the higher risk these patients have for cognitive deficit.

Several studies show that HA fails to be a detoxifying agent even in animal models (4, 5)

As for acting as an anti-oxidant, evidence shows exactly the opposite, which is somewhat intuitive given that HA traps and brings in metals, which will generate reactive oxygen species, causing cytotocity or cell damage (7, 10).

HA may damage cells not only by lipid peroxidation of membranes (damage to cell membranes caused by reactive oxygen species) but also by damage to the DNA. Through this mechanism, it is suggested that HA toxicity may be linked to several cancers (11).

Each of the articles cited here leads to abundant published evidence concerning the toxic effects of HA, potentially related to a large spectrum of diseases.

My assessment of the medical literature indicates that the evidence concerning HA toxicity is more abundant and methodologically more solid than any evidence on its benefits.

Does it fight cancer?

No it doesn’t. In fact, the only three articles published in referenced journals about HA and cancer suggest the opposite (18, 13). You may find several claims about HA benefits to cancer patients. But so will you find claims about the benefits of Vitamin B17, CanCell and other scams.

Unfortunately, when people are close to losing all hope, in pain and having a hard time dealing with terminality, they will irrationally accept almost anything.

Does it provide pain relief?

In this case, there isn’t even evidence published in less mainstream research journals. The only (abundant) mentions to the relationship between HA consumption and pain relief come from non-authoritative sources in the internet like “Honey Colony” or “Life Enthusiast”.

Again, this is another health issue where scammers will prey on the suffering of patients. People under extreme pain will lose sleep and even commit suicide. This is a field where placebo effect is highly prevalent and where people will, like in cancer, accept almost anything.

Does it help the thyroid?

No, it does not. In fact, unfortunately HA is a possible environmental goitrogen: a substance that can cause a thyroid dysfunction called goiter (19).

Does it promote better sleep?

I wasn’t able to find any published evidence where I could read the methodology employed and the results. The reference cited in Ghosal’s work (8) is missing. There is no reason to associate the consumption of HA with either stress control or sleep improvement.

Does it have antidiabetic activity?

Bhattacharya (2) reported a successful experiment in reducing hyperglycemia in diabetes-induced rats. The author suggests this effect is the result of “Shilajit’s” (a traditional HA preparation) free radical scavenging activity. Considering the conflicting evidence that HA increases reactive oxygen species, I believe HA antidiabetic action deserves at least more research before any positive claim is made.

Does it have anti-microbial activity (fighting bacteria, fungi and viruses)?

There is no evidence of anti-microbial activity in humans. HA forms bacteria friendly colloids in the soil and it is fairly resistant to microorganism degradation. This is as much as we know about HA interaction with microorganisms. Most agricultural research focuses on friendly microorganisms that play an important role in soil fertility.

Does It Remove Pesticides From the Body?

HA may help remove pesticides from the environment. More research is needed until it can be shown to be useful for human decontamination in any safe form (12).

Does It Improve Immunity, protect from the common cold and other viruses?

All the evidence about this comes from Ghosal’s work (8), which, in its turn, cites a number of Ayurvedic publications and others I couldn’t locate. Successful experiments in animal models are mentioned, besides the traditionally accepted beneficial effects.

Does it help with ulcers?

Besides the works of Agarwal and collaborators (1), Ghosal (8) and Carrasco-Gallardo and collaborators (2012), which cannot be retrieved from mainstream medical literature data-bases, there is no published evidenced concerning this effect.

Does it "reduce free radicals"?

Again, in spite of the advocates claims, poorly supported by published evidence, what we have is evidence pointing to the reactive oxygen species generating effects of HA, which is the opposite (7, 10).

Does it "replenish minerals" in the body?

Here there is a confusion between HA’s effect in the soil, which is beneficial to plants, and its unfounded analogous effect in the human body. In the soil, the chelating effect of HA will allow minerals that would be otherwise lost and washed away to be retained and delivered to plant roots.

What should we think about Humic Acid?

Right now, the best way to think about HA is that we are very far from any solid evidence concerning its beneficial effects on human health. However, HA’s chemistry deserves more research, especially concerning its benefits in agriculture and soil science. We already know that HA is an essential soil component. Replenishing damaged soils with HA can be important. Therefore, indirectly important to human health.

That does not mean that we can ingest HA and expect to obtain the same benefits plants derive from it. Not even animal models allow that. This is the reason the FDA will only approve a treatment for human use after clinical trials 1, 2 and 3 (https://www.fda.gov/Drugs/ResourcesForYou/Consumers/ucm289601.htm )

This is one case of “alternative” healing where I must say, in no uncertain terms, that scientific research offers no support. As mentioned before, under extreme pain and hopelessness, people will accept almost anything. Sometimes it is the result of a “how worse can it get” attitude. All I can say here is that it will not improve your pain or slow the evolution of your cancer. And yes, evidence shows it can get worse.