When feijoa season rocks up, there’s usually a wave of fruit that needs to be eaten. Once you’ve had enough of eating them on their own, try making these feijoa muffins. It’s a good way to use a pile of fresh fruit.

This is what you'll need to make your muffins: 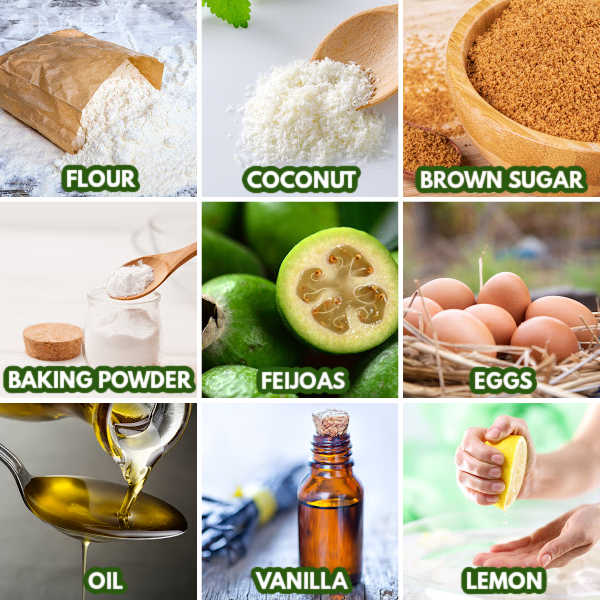 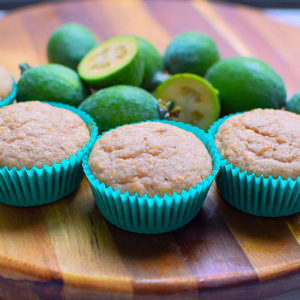 When feijoa season rocks up, there's usually a wave of fruit that needs to be eaten. Once you've had enough of eating them on their own, try making these feijoa muffins. It's a good way to use a pile of fresh feijoa fruits.
No ratings yet
Print Recipe Pin Recipe
Prep Time 10 mins
Cook Time 20 mins
Total Time 30 mins
Course Dessert
Cuisine American
Servings 12 muffins

If the muffins won’t be eaten immediately, store them in an airtight container or freeze them in a suitable freezer-proof container for up to 6 months.
Keyword feijoa, feijoa muffins, guavasteen, pineapple guava
Tried this recipe?Let us know how it was!

After you’ve baked your muffins if you still have leftover fruit, then check out our handy guide to freezing feijoas. If you’ve never eaten a feijoa then find out everything there is to know about a feijoa’s taste. 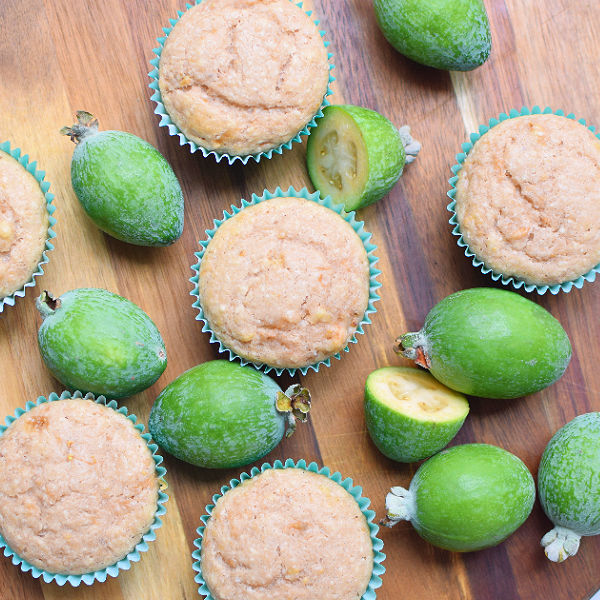 What’s good about this recipe?

The most commonly asked ingredient substitute in this recipe is flour. If you want to make gluten-free feijoa muffins then simply replace the wheat flour with a gluten-free flour blend, bought from the store.

Alternatively, make your own gluten-free flour by combining 3 cups rice flour, 1 cup potato flour, ½ cup tapioca flour, and 1½ tsp xanthan gum. This will provide you with enough flour to make three batches of these delicious muffins! 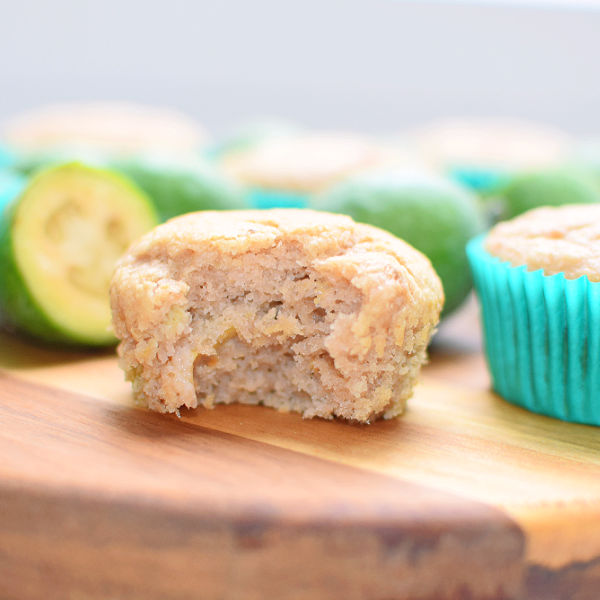 Other substitutes you may want to consider include:

Coconut: use additional sugar or leave it out
Lemon: use lime or else leave it out
Brown sugar: use any other sugar of choice
Oil: use melted butter as an excellent replacement

What goes well with feijoa?

Feijoas are excellent paired with coconut, banana, lime, ginger, dark chocolate, white chocolate, and apples. They are commonly used in sweet dessert recipes and baked goods, but they also are excellent in savory dishes like pork.

What temperature is best to bake muffins?

For standard-size muffin tins, we suggest baking at 356°F (180°C) for around 20 minutes. Mini muffins can be baked at the same temperature but will only require 10-12 minutes of cooking. 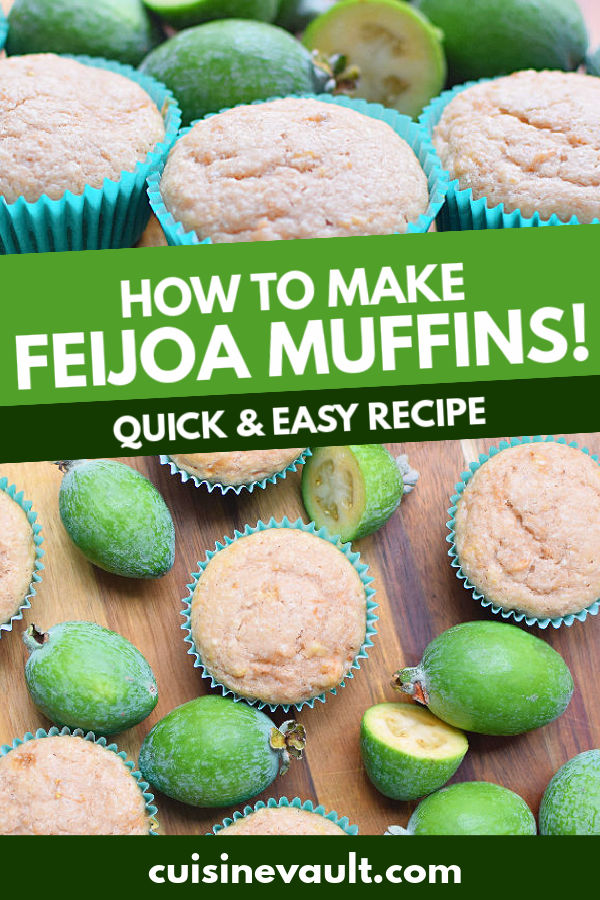 You’re going to love this feijoa muffin recipe. It is made for those that enjoy easy cooking without having to worry about their baked goods not working out. Feijoa works so well with other common kitchen ingredients like apple, cinnamon, and chocolate chips so feel free to toss in some extras.

If you’ve got a busy schedule, then bake a massive batch of these muffins and freeze them. They are freezer-friendly snacks that, once thawed, are almost as good as the freshly baked ones. Of course, you can toss them back in the oven for 5 minutes to bring them back to life.