Whether you're making pumpkin pie from scratch or carving jack-o'-lanterns, the best place to start is by choosing the size of your pumpkin. It sounds like an easy task, but with so many different varieties out there, it's not always easy to know where to start. Just how much does a pumpkin weigh, anyway? 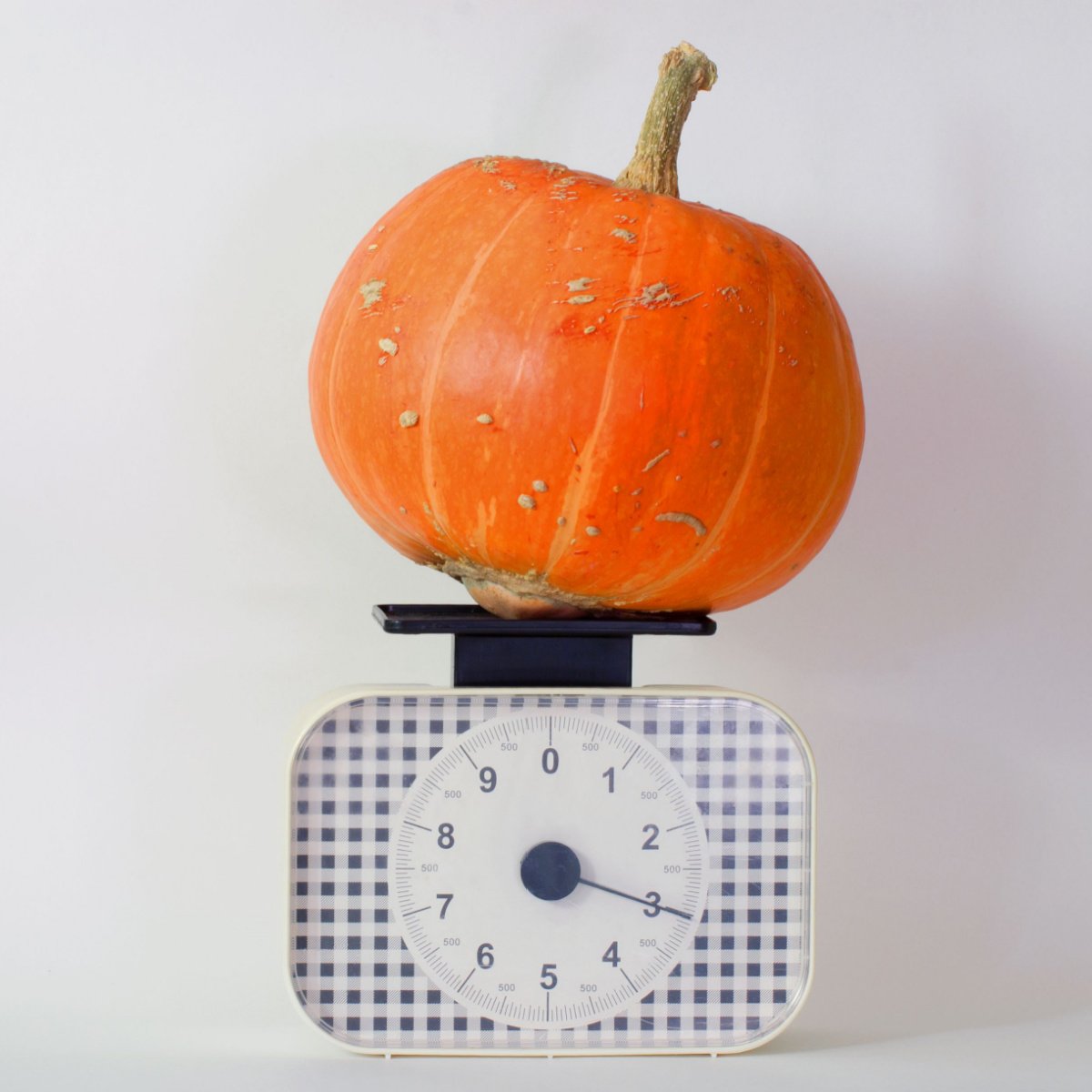 Of course, the answer depends on the pumpkin in question, though you might be surprised at just how much these orange gourds can vary in weight. The smallest can be as little as two pounds, while the largest on record is more than 1000. The average pumpkin in the grocery store is usually between 10 and 20 lbs.

What size pumpkin are you looking to buy? Learn more about the different varieties and their respective weights here.

Small pumpkins are usually used for decorative purposes but are also some of the best for cooking. However, you shouldn't try to cook with a pumpkin unless it's a variety that's specifically bred to be eaten. You should also make sure to read up on pumpkin's nutritional value, too.

Most small pumpkins are between 2 and 10 pounds, averaging about 4 or 5 pounds apiece. Since they're so small, they only take about three months to grow and can be found at the grocery store for just a few dollars.

Take a look at some of the most popular small pumpkin varieties here:

Orangita pumpkins are a good variety for eating, with an acorn-like flavor to their flesh. You can prepare it in much the same way as acorn squash. When fully grown, it weighs between 1 and 2 pounds, so you'll only need one or two to make a meal.

Baby Boo pumpkins grow about as big as a tennis ball, making them one of the cutest pumpkin varieties around. They have a white color, making them similar to garlic in appearance. They're not well-suited to eating, though, so save these ones for decoration.

This one is often mistaken for the baby boo because of its white skin, but it's a completely different variety. Its most notable difference is that it's good for eating. They weigh about a pound when mature, which means you'll need to buy a few if you're planning on cooking with them.

Medium pumpkins are probably the ones you think of when you think of pumpkins. Most of them are round, about the size of a watermelon, and are perfect to use for jack-o'-lanterns. However, they actually come in a greater variety than you might expect, with a full range of sizes, shapes, and colors.

Most medium-sized pumpkins weigh between 10 and 25 pounds, or 12 pounds on average. Take a look at the weights of some of the most common types here.

Don't forget that pumpkin seeds are often as delicious as the flesh. Learn more about the fat content and other nutrition facts about pumpkin here.

One of the reasons Autumn Gold pumpkins are so popular is that they can be used for carving or cooking. They have a mild flavor and tender flesh that is well-suited to either purpose. They are also a good choice for gardeners.

Autumn Gold pumpkins weigh between 7 and 10 pounds when fully grown. A single plant can produce between 2 and 5 fruits.

This is the pumpkin you want if you're making pie, as it has a flat shape, plenty of flesh, and a taste that's perfect for baking. However, if you intend to grow your own, you must be patient. This variety takes 105 days to reach maturity.

Secretariat pumpkins are a great choice for gardeners, as the plant produces a good number of fruits on each plant. They have a dark orange color and a thick handle on the top of the fruit. They're on the large side, too, averaging about 20 pounds per fruit.

Large pumpkins are those that weigh more than 25 pounds. While you might think it's rare for pumpkins to get that big, you might be surprised. Many pumpkins can weigh hundreds or even thousands of pounds. These are mostly used for decoration and can be a good choice if you're hoping to win a county fair prize.

If you're looking to grow the biggest of the big pumpkins, the Atlantic Giant is your best option. The vine, on its own, can weigh as much as 15 pounds and grow as long as 90 feet. Most of the pumpkins weigh between 200 and 300 pounds but can get even bigger.

The fruits themselves are smooth and light in color. You can eat them too, but unless you're making a lot of pies, you probably won't be able to eat them all.

Like many of the large pumpkins on this list, the Big Max pumpkin was grown specifically to win contests. Most of the fruits will weigh between 50 and 200 pounds, though with the right care they can get 400 pounds or bigger.

If you want a big pumpkin that's still reasonably sized for cooking, the Big Moose pumpkin is worth a look. It has a bright orange color, a firm texture, and a good flavor for pies and savory dishes. Just keep in mind that it can grow over 100 pounds, so you'll probably need to freeze most of the meat to take advantage.