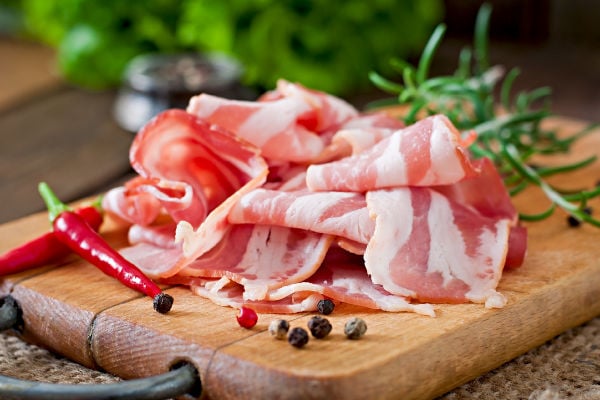 Bacon is a much-loved staple in many U.S. households with over $6.5 billion¹ worth of this meat being consumed each year.

If a recipe calls for a pound of bacon, it can pose a challenge. You probably don’t want to get grease on your weighing scales, so this leads to the question: how many slices of bacon in a pound? This answer will vary depending on how thick the slices are. The brand, type of meat used, and extra ingredients will also affect the weight of the bacon.

To keep things simple, we've compiled a guide to get you back cooking in a flash.

How many bacon slices in a pound?

We reached out to some of the major producers of bacon in the United States. On average, there are 16 slices of bacon in a pound. Thick sliced had as few as 10 slices, while thin sliced had up to 30 in a one-pound pack.

Here's a summary table showing the range of slices you can expect for each type of cut. The most common type of bacon you'll find in supermarkets is regular sliced.

Breaking down the slices by brand

We also decided to look at the average number of slices for some of the major brands in stores around the United States. Scan through to find the product you regularly buy and get your answer!

The number of slices provided by each brand is just a guideline. As mentioned on most bacon packaging, the serves per pack is a recommended quantity and won’t always be exact.

Peameal vs. Side Cut

Peameal bacon (aka Canadian bacon) is made from the center-cut pork loin and is rolled in cornmeal when it is made. It provides roughly half the slices that regular side-cut bacon offers. For example, side-cut bacon that offers 16 slices will result in roughly 8 slices of peameal.

Crumbled bacon can be used in many recipes, including potato salad, pizza, and even ice cream! If a recipe calls for cooked bacon that’s crumbled, you’ll need to know how many slices to use.

Note: It isn’t as simple as placing raw bacon in a cup to measure it. Cooked bacon will reduce significantly as the fat renders down. So, 2 cups of raw bacon aren't equal to 2 cups of cooked bacon bits. 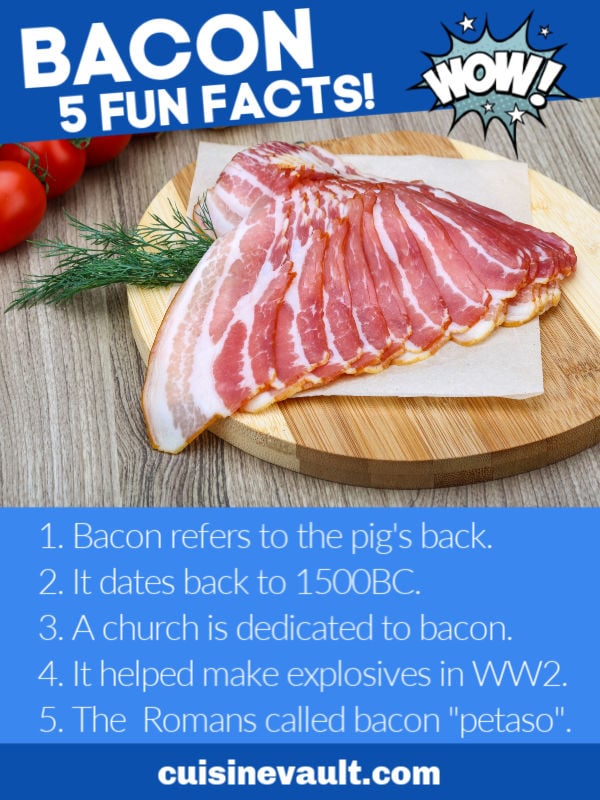 What is center cut bacon?

Center cut is a regular slice of bacon with the ends cut off. It has a lot less fat and is a good option for those on a low-fat diet.

What is bacon made out of?

In the United States, the majority of bacon is made from side pork which is a cut of meat from the side of the pig. Bacon is also commonly made from pork belly.

How many slices of bacon equal ¼ pound?

A ¼ pound of bacon is equal to approximately four slices of regular cut bacon.

How many slices of bacon is 8 oz?

Eight ounces of bacon is equivalent to eight slices of regular cut bacon.

Bacon recipes are everywhere, and they often don't use slices as the measurement. Instead, you'll often see an ingredients section call for a pound or ½ a pound of meat. The purpose of this article is to make it easy for you to convert pounds into slices.

Bacon slices vary in thickness, so the number of slices in a pack will also vary quite a lot. As a general rule, there are 16 slices in a regular cut pack of one pound bacon. It's a good idea to cook extra if you're a little unsure how much to use. No one has ever complained about too much bacon in their life.