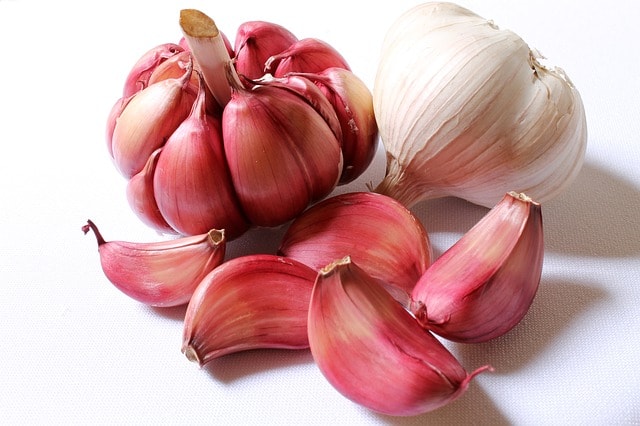 An FDA household survey in 2002 showed that garlic was the second most commonly used dietary supplement (after echinacaea) . Considering the fact the same survey showed  that 73% of English speaking non-institutionalized adults in the USA used dietary supplements, we can safely conclude that that's a whole lot of garlic.

I am all in favour of using garlic as a culinary spice but is there science to back up the role of garlic as a functional food?

Garlic (Allium sativum L) is a member of the lily family along with chives, onions, shallots and leeks. It is a perennial that grows up to 2 feet high and came originally from Asia. China produces about 75% of the worlds supply of garlic. The city of Gilroy, California prides itself as the 'garlic capital of the world' and is the leading US producer of garlic.

There are two main subspecies of garlic:

Garlic can be consumed in a myriad of ways:

This is ordinary garlic that has been allowed to ferment. The fermentation process gives the garlic the characteristic dark color and the sweet taste.

References to the medicinal  properties of garlic date back to the writings of the Zoroastrians in the 6th century BC. Garlic was part of the therapeutic armamentarium in ancient Egypt, Greece, Rome, traditional Chinese medicine and native American medicine.

It was used by gravediggers in the 18th century to fend off the plague and by soldiers in World War II to prevent gangrene.

Louis Pasteur himself confirmed the antibacterial activity of garlic  in 1858.

It would be remiss of me not to mention vampires in relation to garlic especially as I am writing this article less than a kilometre form the home of Bram Stoker.

Garlic contains over 100 compounds that may act synergistically. It is high in organosulfur content with allylsulfur being responsible for some of the key health benefits which comprises 1% of the dry weight of garlic. Key among the bioactive are allicin and quercetinquercetin.

Does Allicin Have Medicinal Properties?

Often times when sitting with patients , I tell them that there is only one thing that they need to remember from the entire consultation. Sometimes I even write down the key message on a prescription pad and sign my name to it and tell them that they can use if for reference after the consultation. I find this helpful for example, when someone first learns of a diagnosis of HIV and I want them to know that they will be fine but know that they will doubt my words in the dark of the night.

The following is the key message from this article. Feel free to forget everything else I have written but the following is a very practical message that everyone needs to know.

Allicin (allyl 2-propenethiosulfinate) is one of the key bioactive ingredients in garlic. It is produced from the breakdown of s-allyl cysteine-S-oxide (alliin).

Studies showed that as little as 60 seconds of microwave heating or 45 minutes of oven heating can block garlic's ability to inhibit in vivo anticancer activity. Allowing crushed garlic to "stand" for 10 minutes before microwave heating for 60 seconds prevented the total loss of anticarcinogenic activity. Why?

The key to using garlic for health is to chop, peel or slice garlic and allow it to stand for 10 minutes. This allows the alliin to form allicin via the  so -called allinase reaction. Once the allicin is formed, it does not deteriorate during cooking.

Does It Reduce Blood Pressure?

Allicin acts both as a vasodilator and as an angiotensin converting enzyme inhibitor which provides a biological basis for possible anti-hypertensive effects.

A 2015 systematic review published in Phytomedicine evaluated the effect of garlic on hypertension .
They identified a total of seven relevant randomized, placebo-controlled trials. Compared with placebo, garlic had a significant lowering effect on both systolic BP and diastolic BP.

Canadian reviewers conducted a full Cochrane analysis of garlic for the prevention of cardiovascular mortality in patients with baseline hypertension.

Only two relevant trials (with 87 participants) were identified and one of these trials was excluded due to methodological flaws (the numbers randomized to different arms of the study were not stated making it impossible to include in the meta-analysis). Neither trial reported clinical outcomes and insufficient data was provided on adverse events. No conclusion was reached (apart from the fact that some people do lousy research).

Garlic is effective at lowering BP but there is no evidence that it reduces cardiovascular risk in people with baseline hypertension.

Does it help with the common cold? 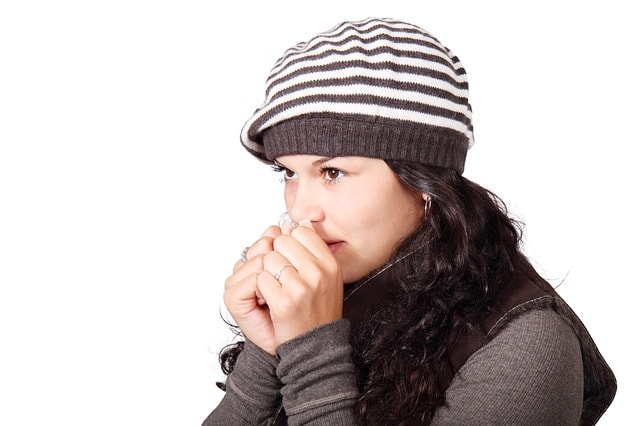 Australian reviewers published a Cochrane meta-analysis of garlic for the common cold in 2014. Only one trial of 146 participants met the inclusion criteria. The participants were randomized to either a garlic supplement (with 180 mg of allicin content) or a placebo (once daily) for 12 weeks.

The study found statistically significant reductions in the number of episodes of the common cold. Overall, the reviewers concluded that 'there is insufficient clinical trial evidence regarding the effects of garlic in preventing or treating the common cold. A single trial suggested that garlic may prevent occurrences of the common cold but more studies are needed to validate this finding. Claims of effectiveness appear to rely largely on poor-quality evidence'.

Does It Lower Cholesterol?

Does It Help Prevent Alzheimers and Dementia?

Studies relating garlic to the prevention of Alzheimer's Disease or dementia are 'only in their infancy' according to leading experts in the field. There are 26 studies in the field but no human clinical studies. Studies in mice, rats and laboratory models suggest a number of mechanisms by which garlic may help with brain health but none of these is ready for study in humans.

There is no human science to support a role for garlic in brain health.

Does It Increase Longevity?

On one hand, we could argue that garlic is part of the Mediterranean and Asian dietary pattern which have been shown to prolong life. On the other hand, it is very difficult to quantity the relative contribution of garlic in these complex lifestyle and eating patterns. It is just one part of many things.

Garlic and particularly aged garlic has been shown to prolong longevity in senescence accelerated mice. However, interesting though this may be, it should be noted that this study dates back to 1996 and not much progress has been made on the topic in the last 20 + years.

Garlic has no credibility as a longevity agent apart.

Does It Improve Athletic Performance? 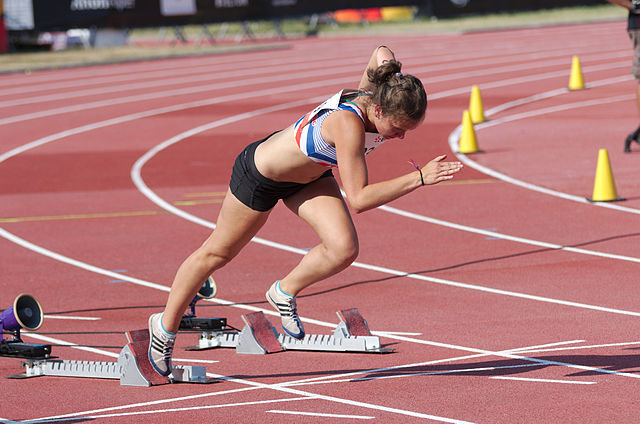 Researcher s at the Appalachian State University studied the effects of 7 days of supplementation with garlic and placebo on peripheral blood pressures, blood oxygen saturation, heart rate, oxygen consumption, and time to exhaustion during a progressive exercise test to exhaustion in humans under hypoxia. No significant differences were observed between treatments regarding oxygen consumption, exercise or resting peripheral blood pressures, blood oxygen saturation, heart rates, or exercise time to exhaustion.

Similarly, researchers from James Madison University found that acute garlic supplementation did not alter vasoreactivity, fibrinolytic potential or the fibrinolytic response to exercise in young healthy trained males but had a small effect on V02 max (a measurement of the maximum amount of oxygen that an individual can utilize during intense, or maximal exercise). However the authors questioned the clinical significance of the  change in the V02 maximum.

Finally, Iranian investigators found that garlic increased the antioxidant content of saliva in 16 young male athletes (as compared to placebo) . Again it is hard to extrapolate the clinical significance of this.

There is no convincing evidence that garlic helps with exercise tolerance.

Does It Help Bone Health?

A cross-sectional study conducted in a large population-based volunteer cohort of twins showed a protective effect of dietary garlic on osteoarthritis.The authors of the study acknowledge that such studies are fraught with methodological issues.

A study in 44 postmenopausal osteoporotic women who were randomly assigned into two groups: the garlic group  and the placebo group showed mixed effects on pro-inflammatory cytokines making it hard to predict the likely impact on bone.

There is insufficient information to comment on garlic an bone health.

Garlic is generally regarded as safe. Side effects of garlic include garlic breath, body odour and gastrointestinal upset.  Garlic is caustic and it should not be applied to skin. It can decrease the effectiveness of antiretroviral medication used for the treatment of HIV infection. It can also increase the risk of bleeding and care would be taken in people who are taking anticoagulant medication.

Other clinically important drug-drug interactions include:

Garlic is a safe, delicious and a low-calorie culinary condiment. Science suggests that it can lower blood pressure and cholesterol.

The key take home message is that garlic should be allowed to breathe prior to cooking in order to avail of any therapeutic benefits.