Have you heard of GABA? You might have seen it in a health food store or it could have been recommended to you when you were browsing supplements on Amazon.

GABA, or gamma-aminobutyric acid, is a neurotransmitter that can be found in your brain, right now! And it has a very important job. As a neurotransmitter, GABA helps to communicate between the neurons that make up your brain. It works as an inhibitor, meaning that it stops the messages between each individual neuron.

GABA is thought to play a role in many different bodily functions, and alterations in GABA levels have been found in many disease processes. Because of this, once GABA was able to be synthesized and put in supplement form, it was put forth as a way to manage anxiety, sleep problems, ADHD, depression, premenstrual syndrome, and many other conditions. And as with most supplements,

GABA is readily available to be bought anywhere that sells supplements, regardless of the scientific support behind it. What does the science really say?

The state of the research on GABA and GABA supplements may be misleading. Searching for GABA on PubMed reveals over 85,000 matches, which is more than I can sift through in a reasonable amount of time. However, the vast majority of this research is on the biochemistry of GABA itself and not about GABA supplementation.

I was only able to find a few handfuls of human trials where GABA was administered as a treatment for a particular condition.

The Mechanism Behind GABA

Before we dive into some research, it is important to go over a few things regarding the way GABA supplements are supposed to work. In order to have an effect on our brains, GABA supplements need to be able to actually get to them. We just aren’t sure if orally ingested GABA supplements can make their way to the brain because of the brain’s protective layer: the blood-brain barrier.

The blood-brain barrier acts as a gatekeeper and regulates what goes in and what goes out. Unfortunately for GABA, it may be like trying to stick a square peg in a round hole and it simply might not fit through.

The best way to accurately assess if GABA can get to the brain is to remove a slice of brain and test it directly, but no one has thus far volunteered as a subject. Other hypotheses have been proposed on how GABA supplements may affect the body. One such hypothesis suggests that GABA may be able to influence the neurons present throughout your digestive tract, known as the enteric nervous system. However, this has yet to be carefully studied (2).

The mechanism by which GABA could work is not clear and has not been studied enough, which raises significant doubts about if it could even be effective in the first place. Nevertheless, some trials on GABA supplementation have been performed. 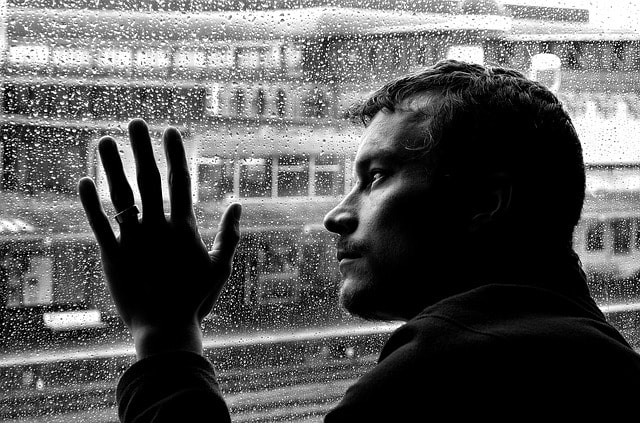 A few small studies have looked at the effects of GABA supplementation on anxiety, stress, and mood. One study from 2006 had 13 people take water, water with GABA dissolved or L-theanine, another compound they were assessing. They then looked at their brain activity with an electroencephalogram test.

Another study performed in 2009 looked at heart rate variability of 12 participants while they were performing a math task. One group ate chocolate with GABA in it, while the others ate plain chocolate. They found that heart rate increased for both groups, but the heart rates of those who had GABA returned to normal slightly quicker (6).

A study from 2011 looked at the effects of a GABA-enhanced drink on cortisol levels (indicative of stress), as well as self-rated mood. Some participants received a drink with one of two possible doses of GABA, while others had just the drink itself. They found those that had the highest dose of GABA had less fatigue and less cortisol than the control group (5).

Lastly, a study was performed in 2011 that looked at the effects of GABA versus placebo on alpha and beta brain waves in 63 adults performing a math task. They found both groups had similar ratios of alpha and beta brain waves, but the change in alpha waves to beta waves was smaller in the GABA group (11). The authors suggest this means that GABA had an anti-anxiety effect.

These studies seem to be positive, but we cannot be confident in them. First, all four studies had some connection to Pharma Foods International, a company that produces GABA supplements. In addition, three of the four studies had very few subjects. Third, we still have no plausible mechanism by which GABA could reduce anxiety. Lastly, none of the studies included people with a diagnosed anxiety disorder.

A handful of low-quality studies with major conflicts of interest suggest GABA may help you relax, but we have no strong trials showing benefits for people with anxiety disorders.

Does It Improve Sleep ?

One study on the effects of GABA on sleep was performed in 2015. 13 people took GABA, another compound called apocynum venetum leaf extract, a combination of the two, or a placebo over the course of two testing periods. The researchers measured how quickly participants fell asleep, and found that those that had GABA by itself or in the combination fell asleep quicker than those that took the placebo (10).

Despite positive results, we need to be skeptical of the results of this study because the number of subjects was very small, the success of the blinding wasn’t assessed, there was no safety assessment, and most importantly, it was funded by Pharma Foods International.

I was unable to find any other relevant studies here.

Despite GABA being involved with sleep, there is no robust, credible evidence that shows GABA supplements have any meaningful impact on sleep.

Does it Improve Focus in ADHD?

Although GABA levels may play a role in those with attention-deficit/hyperactivity disorder, I was unable to find any studies that looked at the effects of GABA supplementation specifically.

We have no evidence that suggests GABA supplementation can help people with ADHD.

Does it Reduce Depression Symptoms?

Similarly to ADHD, despite GABA levels playing a role in depression, I was unable to find any studies that looked at the effects of GABA supplementation specifically.

We have no evidence that suggests GABA supplementation can help people with depression.

Does it Relieve Symptoms of PMS? 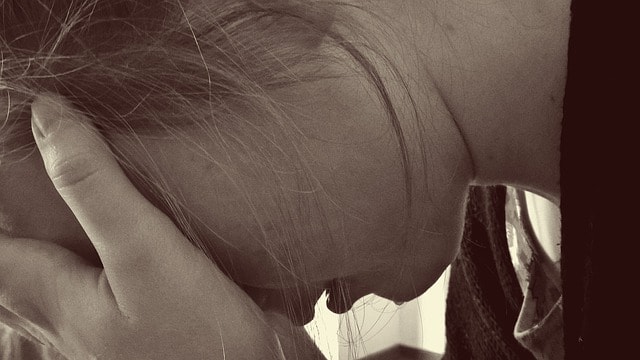 There are no studies on supplemental GABA and PMS symptoms either.

No studies are available that suggest GABA supplementation can help PMS symptoms.

Does it Reduce Inflammation?

One animal study showed some benefits, but this is not enough evidence to conclude anything in regards to GABA supplementation and inflammation in humans.

Does it Boost Levels of Growth Hormone?

Growth hormone, as you might surmise, is a hormone that helps you grow. It is responsible for many things, including growth during puberty, increasing height, and building up muscles and bones. Because of this, when growth hormone was able to be recreated in a lab, it became a drug that was abused by bodybuilders and athletes for improving their physique and performance.

GABA has been purported to be able to increase growth hormone, and as such a few investigations have been performed to test this. Two studies from the 1980s and one study from 2008, each with handful of subjects, found that growth hormone does increase after oral GABA supplementation in the immediate short term (3, 4, 8).

One study found that this increase was higher when paired with resistance exercise, which is widely known to increase growth hormone (Powers 2008). According to one author, however, it is largely unknown exactly how this happens and more investigation is needed (7).

Three studies with a handful of participants have shown that GABA can increase growth hormone, but it is unclear how it does this, how long the effect lasts, and how much of a rise in growth hormone would elicit beneficial effects. We need more research here.

I did not come across many studies that reported safety information, side effects, or any other risks for taking GABA. There aren’t enough studies to determine if GABA is safe, although anecdotally GABA seems to be well-tolerated.

To put it plainly, GABA is most likely a waste of your time and money. It is unlikely that orally ingested GABA supplements can get to your brain and we have no strong evidence to think otherwise. The research we have on supplemental GABA thus far leaves much room for doubt.

Despite interesting research on the role of GABA in the body, the link between taking GABA supplements and improving various health conditions is tenuous and merely speculative. As far as the scientific community can tell, GABA supplements have no therapeutic value, and until proven otherwise, you shouldn’t buy it.

Nicolas Ferrara is a physical therapist from Long Island, New York. He graduated from Hofstra University in 2012 with a Bachelor’s Degree in Exercise Science, and from Stony Brook University in 2016 with his Doctorate in Physical Therapy.