Forbidden rice (aka black rice, the Emperor’s rice, Oryza sativa L. indica) has been consumed for centuries in Asia and is now gaining popularity as a functional superfood globally. Black rice is a special cultivar of rice which contains a high content of phytochemicals (including anthocyanins) in the aleurone layer.

It is purported to detoxify, improve digestive health, prevent diabetes, and reduce heart disease. In general, an all-round superfood. However, not everyone loves black rice. Black rice is considered to be nutritionally inferior to other rice types in Laos.

Time to do some sleuthing to see what modern science can tell us about this age-old food.

What Is Forbidden Rice?

Rice is a food staple for three billion people living in over one hundred countries worldwide. Epidemiological studies suggest that people living in rice-consuming countries experience lower rates of cancer and heart disease, which is thought to be due to the antioxidant content of rice (1).

Black rice has been consumed for centuries in Asian countries such as China, Japan, and Korea. Black rice contains a relatively high content of bioactive compounds such as anthocyanins, phenols, and terpenoids. It is considered a “tonifier” in traditional Chinese medicine.

There is some confusion over the origins of the terms “forbidden” or “Emperor’s” rice. It is correct to say that black rice was reserved for use by the ruling class in China. However, many popular bloggers assume that this relates to the nutritional superiority of black rice over white rice. In fact, the general public was “forbidden” from eating black rice because it was rare and not nutritionally superior. Black rice is not a wild rice but a domesticated strain that arose from natural cross-breeding (2).

There are a similar number of black and white rice products or derivatives for sale on Amazon (about 2,000 of each). On average, black rice is twice as expensive as white rice. Organic American white rice costs on average 0.14 cent per ounce as compared to 0.30 cents per ounce for organic black rice.

Is it worth it?

There are a total of 6,000 published studies on black rice, only three of which are human clinical trials.

To put this into context, maize has 40,000 studies, including 872 clinical trials.

Black rice might be marketed as a superfood but it is not super well researched.

Is It High in Antioxidants & Does That Matter?

Antioxidants are organic molecules that protect human cells from free radical and reactive oxygen damage (3). The molecules with antioxidant activity contained in rice include phenolic acids, flavonoids, anthocyanins, proanthocyanidins, tocopherols, tocotrienols, γ-oryzanol, and phytic acid (4). Black rice has the highest antioxidant content of all rice types (4). In fact, black rice bran has higher antioxidant activity and a higher content of phenolics, flavonoids, and anthocyanins when compared to white rice bran (4).

Anthocyanins are a class of brightly colored antioxidants that confer anti-inflammatory, anticancer, and possibly cardio-protective benefits (5).

A 2010 presentation at the American Chemical Society is widely quoted in support of black rice (6). The presentation claimed that black rice contains more anthocyanins than blueberries, with the added benefit of having a lower sugar load of blueberries.

A clinical study in Guangzhou, China, randomly allocated 60 patients with coronary heart disease to dietary supplementation with either white or black rice (7). Analysis at the six-month time point showed a statistically significant increase in total antioxidant capacity in the patients allocated to black rice. However, the study participants were not followed prospectively to see if this translated into any clinically significant benefits

It is worth noting that not all black rice is created equally. Studies show that the anthocyanin content of black rice differs amongst different types of black rice (1).

Black rice has been shown to improve surrogate markers of antioxidation, but it has not been established whether this translates into any meaningful clinical benefits.

Does It Improve Heart Health? 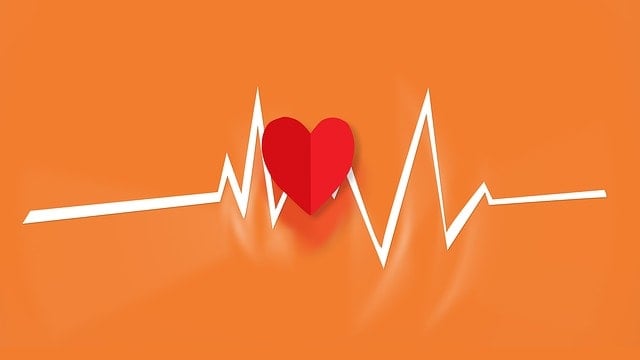 Other rodent studies have confirmed the lipid-lowering benefits of black rice (9, 10).

The study in Guangzhou, China, mentioned earlier was specifically designed to assess the effect of black rice on coronary heart disease (7). The study randomly allocated 60 patients with coronary heart disease to dietary supplementation with either white or black rice. Analysis at the six-month time point showed a statistically significant increase in total antioxidant capacity and a reduction in c-reactive protein (CRP, which is a measure of inflammation) in the black rice group.

The authors concluded that black rice could have cardio-protective benefits by modulating antioxidant and anti-inflammatory profiles. However, as discussed above, the study did not follow the patients to see if this translates into actual clinical benefit for patients.

Does It Help With Weight Loss?

A study in 40 overweight Korean women evaluated white rice versus a mixture of brown and black rice (11). Meal replacement with mixed rice was shown to be superior to white rice in terms of weight reduction. However, this level did not reach the level of statistical significance.

A single clinical study showed that black rice resulted in a non-statistically significant reduction in weight. 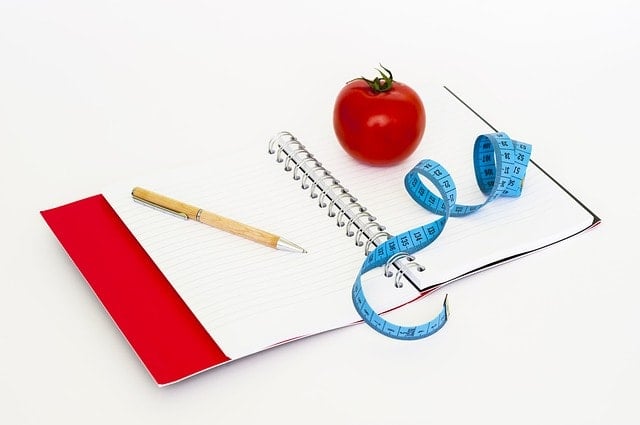 Does It Help Detoxify?

There are no studies evaluating the ability of black rice to detoxify.

There is no science to support the claim that black rice helps detoxify.

Is It a Good Source of Fiber?

Black rice has a higher content of fiber as compared to white rice (12).

Black rice has relatively more fiber than white rice but less than would be sourced from an equivalent serving of commercially available bran cereals.

Does It Help Prevent Diabetes? 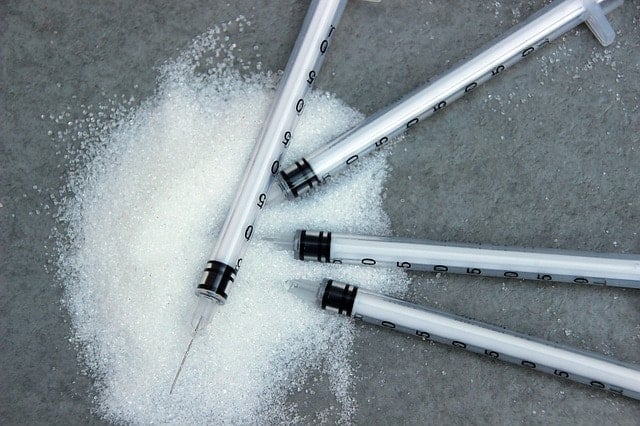 Black rice also improves hepatic lipid accumulation in obese and diabetic model mice but was no better than brown rice in this experiment (15).

Finally, black rice was shown to improve retinal damage produced by photochemical stress and so may have some clinical utility in diabetic eye disease (16).

There are no human clinical studies looking at black rice in the prevention or treatment of diabetes.

Animal studies suggest that black rice may offer some benefits in diabetes, but there are no human clinical studies to date.

There are some other emerging possible roles for black rice, but again none of these have been tested in the clinical arena.

Animal studies show that black rice is showing promise in the management of osteoporosis (18).

Finally, there is an interest in a possible role for black rice in reducing alcohol withdrawal and alcohol toxicity (19, 20). 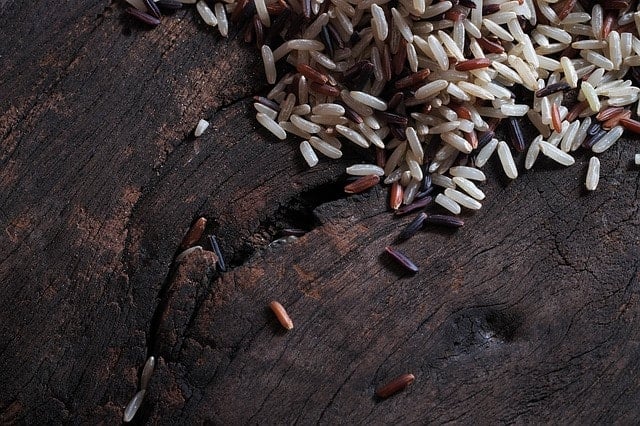 There are no case reports of toxicity related to black rice.

It is worth noting that rice, in general, is considered to be nutritionally deficient in bioavailable vitamins, minerals, essential fatty acids, and other phytonutrients, and attempts are underway to genetically bio-fortify black rice (21). There are also efforts underway to produce black rice noodles (22).

However, given the fact that there are only three clinical studies on black rice, it is a complete overstatement to consider it a “functional superfood.”

So Why Does This Blog Differ So Much to Other Blogs on Black Rice?

This is an entirely reasonable question and one that I asked myself too.

Some popular blogs on black rice claim that it deserves the status of superfood. At first glance, these blogs look well referenced. However, on closer examination, they are not actually referencing any original source data on black rice. (They could not do so as there are only three human clinical studies).

The references in these blogs relate to either other blogs on their own websites or general articles on diabetes or heart disease, etc. However, the presence of references gives the blog an undeserved air of authority. Reader, beware!

Researchers from Brussels have just published a comprehensive review summarizing the recent developments on black rice bioactivities (23). The paper was published this month, so it is totally up to date.

The authors of the paper conclude that “black rice should be considered as a promising source of health-promoting functional foods targeting a large set of noninfectious diseases. However, more clinical studies are needed to support the findings highlighted in this review.”

Whew, just as I was beginning to doubt my own sanity!