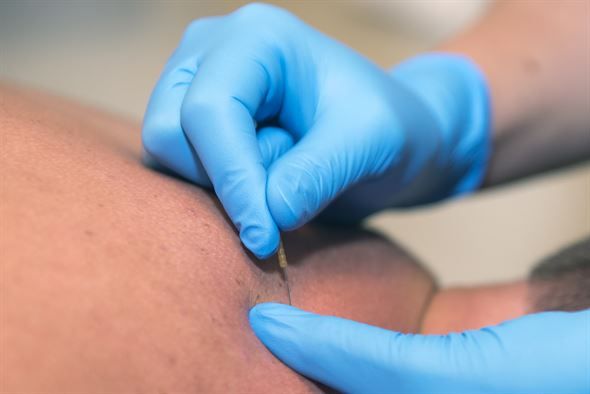 An increasing number of physical therapists (PTs), in the United States and throughout the world, are incorporating the dry needling (DN) technique to treat mainly musculoskeletal pain (MSP). So much so, the Federation of State Boards of Physical Therapy (FSBPT), in their most recent DN resource paper (1), dated July 2013 (pp2), state that “The volume of activity in the states from 2010-2013 regarding DN ... has necessitated annual updates of the FSBPT original resource paper published in March 2010.”

Let me start by saying, researching this topic was kinda frustrating!! I like to understand a topic thoroughly before I even begin to think about writing about it. It wasn’t so easy, in this case. From clarifying the difference, if it exists, between the techniques of DN and acupuncture, to reviewing and comparing the available literature on DN with the varying methodologies (and conflicting commentaries among colleagues and professionals). It was even tricky clarifying in which U.S. states the DN technique is currently not considered within the practicing scope of PTs and, therefore, illegal.

I will take you through what I have managed to find out, though the ride may be a little “knotty”. The purpose of this article is to examine the current research on DN and whether it's effective or to be avoided.

What Is Dry Needling

The DN definition, according to the FSBPT (1) (pp4), is “a technique using the insertion of a solid filament needle, without medication, into or through the skin to treat various impairments including, but not limited to: scarring, myofascial pain, motor recruitment and muscle firing problems. Goals for treatment vary from pain relief, increased extensibility of scar tissue to the improvement of neuromuscular firing patterns.”

Interestingly, many groups still debate the proper term, and exact definition, to describe the technique.

The ‘dry’ part refers to the fact that nothing is injected with the needle, as opposed to its opposite of “wet needling” which injects medications such as steroids, etc. 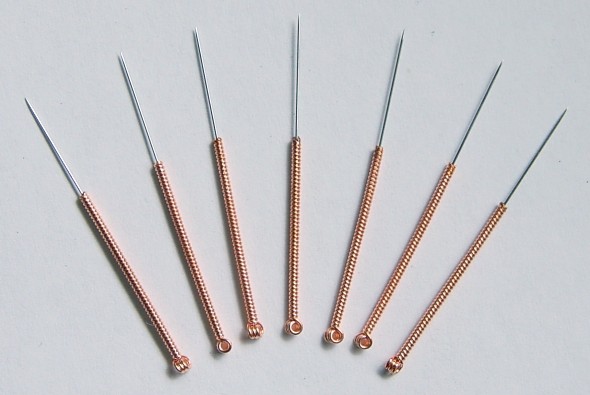 Mostly, it is used to treat MSP through the targeting of ‘myofascial trigger points’ (MTrPs). You’ll find this term used a lot in the DN literature. MTrPs are described as localized, hyper-sensitive, hyper-irritable spots in a taut band of muscle. They can be active MTrPs, when they produce spontaneous pain, or latent MTrPs that do not produce spontaneous pain and are only painful when touched.

DN can be divided into deep and superficial DN. Deep DN has allegedly been shown to inactivate MTrPs by eliciting local twitch responses, a.k.a. muscle contractions. This process is said to activate endogenous opioids, thereby relaxing the muscle.

MTrPs are often claimed to be a key cause of MSP. Problematic, however, is the finding (2) from a recent systematic review that “physical examination cannot currently be recommended as a reliable test for the diagnosis of trigger points” and that the reliability of MTrP diagnosis needs further investigation by high-quality studies!

Is there a difference, apart from the fact that one uses hand gloves during treatment? (that would be the PTs during DN, for a heads up).

Now this topic, I have discovered, seems to be quite a sensitive area. Understandably so - one has been around for centuries while the other is relatively new. Both seemingly perform a similar needling technique?! Will one potentially lose some of their clientele.. and mystique..  to the other?

In Team Acupuncture Corner. According to Fan et al (3), DN is being promoted “by simply rebranding (a) acupuncture as DN and (b) acupuncture points as trigger points.” Strike!  DN touted as an “over-simplified” version of acupuncture except for “emphasis on biomedical language”, using English biomedical terms to replace their equivalent Chinese medical terms. Strike 2! “Trigger points belong to .. traditional Chinese acupuncture, and they are not a new discovery”. Strike 3! “For patients' safety, DN practitioners should meet standards required for licensed acupuncturists and physicians.” .. and DN is out!

In Team DN Corner. The FSBPT paper (1) (pp4) states that the method by which acupuncture works is completely different, “based on a theory of energetic physiology”, focusing on the energy meridians or flows, and the unblocking of these pathways. Further, unlike acupuncture, the paper clarifies that PTs do not use DN to treat conditions such as fertility, smoking cessation, allergies, depression or other non-neuro-musculoskeletal conditions. They also identify an important distinction in that acupuncture is an entire discipline and profession, whereas DN is merely one technique which should be available to any professional with the appropriate background and training. Strike, strike, strike!

Who wins this battle?

Taking the middle ground, the FSBPT (1) (pp6) finally state that, “the accepted premise must be that overlap occurs among professions. The question (for state licensing) … should only be whether or not DN is within the scope of practice of PT, not determining whether it is part of acupuncture.”

This brings us to the important topic of the legality of DN in the U.S.

Key organisations, such as the A.P.T.A., and other health professions claim that DN is within their “scope of practice”. However, each U.S. state has its own rules, regulations and guidelines concerning whether to permit the practice of DN. It is the responsibility of each therapist to be aware of these, and to practice within the grounds of their state, and professional, license. 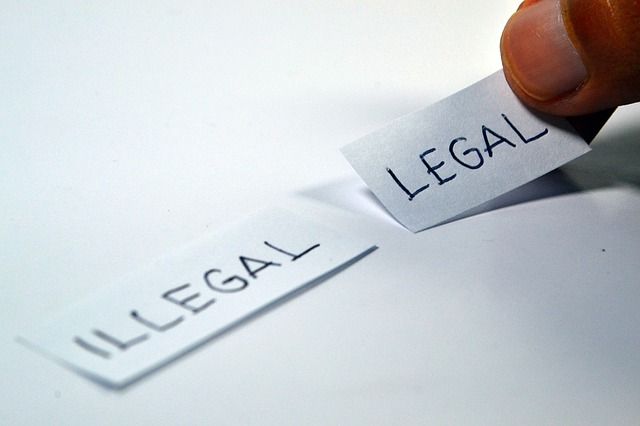 The FSBPT paper (1) (pp9) specifies in which U.S. states DN is legally permitted, within the scope of practice for PTs, as at July 2013.

I have managed to source a more current map. At the time of writing, according to this information, the states that have made a ruling against DN being within the scope of practice for PTs (and therefore being illegal) are: California, Florida, Hawaii, New Jersey, New York, Pennsylvania, South Dakota, and Washington. According to my reading, this is “mainly due to verbiage in the practice act against puncturing the skin.” Notably, since the 2013 FSBPT paper, Utah has legalized the DN procedure in their state.

However, there are other categories indicating the practice is not necessarily yet legal in the state. They include the categories of ‘unclear or conflicting standards’ (Idaho, Michigan, Minnesota, Oregon, Texas) and ‘unknown’ (Connecticut, Massachusetts, Missouri, Oklahoma).

As a potential consumer, please be informed about the current law in your state!

How Much Research Is There on Dry Needling? 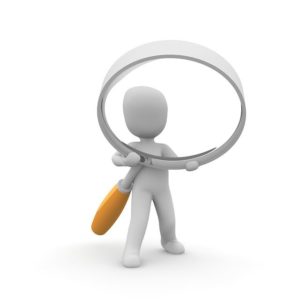 Not a great deal. A PubMed search of the terms, ‘dry needling’, ‘trigger point dry needling’, or ‘intramuscular needling’, limited to the English language, humans and spanning from the year 2000 to present, yields about 150 results. Of these, 12 are meta-analyses and 29 are systematic reviews.

The relatively low number, and overall quality, of studies reporting on DN performed by PTs, at this time at least, coupled with the high variability found in the results of the meta-analyses, made it challenging to piece this article together.

One 2015 systematic review (4) of “high-quality”, randomised, controlled trials (RCTs), concluded a “broad applicability of TDN treatment for multiple muscle groups”. Yet, it was swiftly challenged a couple of months later in a piece  (5) entitled ‘TDN: the data do not support broad applicability or robust effect.’ stating “This strongly worded conclusion overstates the findings of the actual data and misleads casual readers into believing that the research supporting TDN is quite robust. We contend that it is not.” It then goes on to list seven potential limitations of the individual data, from the so-called high-quality RCTs, included in the said review.

Compare it, say, to the amount of research on a better known form of physiotherapy, such as ‘hydrotherapy’, I retrieved over 300 results – double the amount. Of these, 54 are systematic reviews.

What Has The Research Concluded?

Evan though DN may involve (6) the insertion of needles in to subcutaneous fascia, I was not able to find any credible research here. Not very biologically plausible, either, especially in the longer term. Skin wrinkling, as explained by the Mayo Clinic, is largely the result of a permanent breakdown of the skins connective tissue-collagen and elastin fibers.

Bottom Line: There is no evidence that DN improves facial wrinkles.

Here, I could not find any research supporting DN in the treatment of scar tissue, even though it is known (6) to be used for such cases. One article (7) did suggest caution in applying DN in surgical patients, after the surgical scar of a recent patient showed signs of inflammation 2 weeks following DN treatment. Yikes.

Bottom Line: There is no evidence that DN improves scar tissue.

There are a dozen or so research papers, of which one is a fairly recent (2015) meta-analysis (8) and systematic review. It reviews the topic of DN of the MTrPs associated with both neck and shoulder pain. Guess what? They found no longterm benefits, but stated that it “can be recommended … in the short and medium term”. However, wet needling was more effective than DN in the medium term. The most recent research paper (9) (Jan 2017) is a RCT of 120 patients with non-specific shoulder pain. They found no benefit offered by DN, over other, personalized, evidence-based physical therapy treatment.

Bottom Line: There is weak evidence that DN may over short to medium-term benefits to shoulder pain.

Does Dry Needling Help Back Pain or Sciatica? 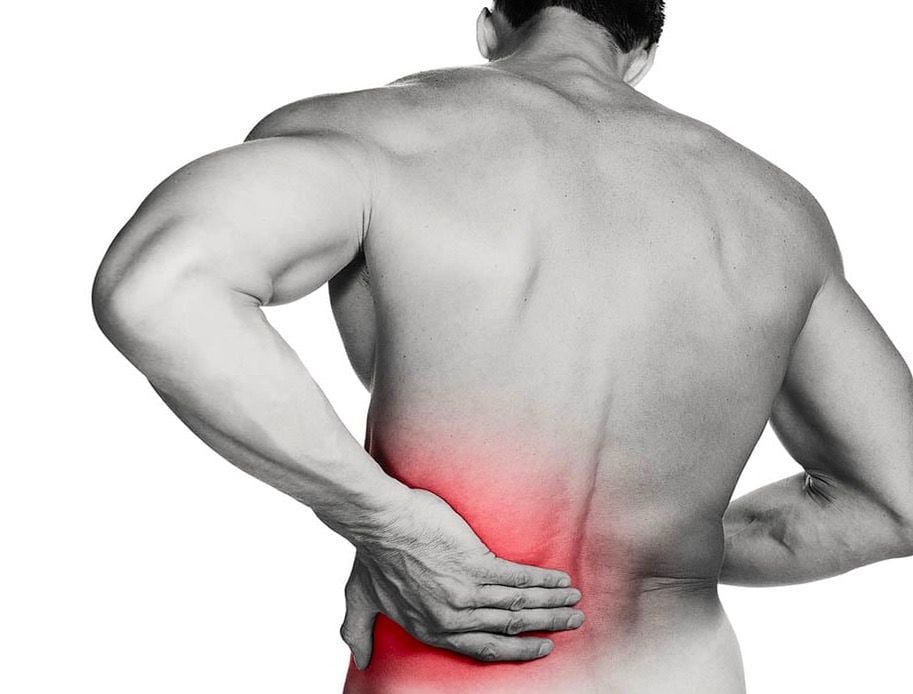 Again, there are almost a dozen research papers investigating DN in this context. I found no meta-analysis papers and one systematic review (10), from 2005. Although it identified most of the studies were of low-quality, and highlighting the need for high-quality trials in this area, they concluded that “The data suggest that … DN may be useful adjuncts to other therapies for chronic low back pain (LBP)”.

The results of a more recent RCT (11), of a whole 12 patients, “suggest that MTrP DN was effective for improving pain, disability … and widespread pressure sensitivity in patients with mechanical LBP at short-term”.

Bottom Line: There is weak evidence that DN may assist with LBP in the short-term.

There is minimal, weak evidence supporting DN of MTrPs in the treatment of this condition. According to Cotchett et al (12), “in patients with plantar heel pain this technique is thought to improve muscle activation patterns, increase joint range of motion and alleviate pain.”

The same team conducted the first (and, at this time, only) RCT (13) of 84 patients with plantar heel pain, in a University health-sciences clinic setting. They concluded that DN “provided statistically significant reductions in plantar heel pain”, when compared to sham DN. This study was published in the peer-reviewed journal Physical Therapy, the official journal of the APTA. It currently has a low impact factor of 2.8. 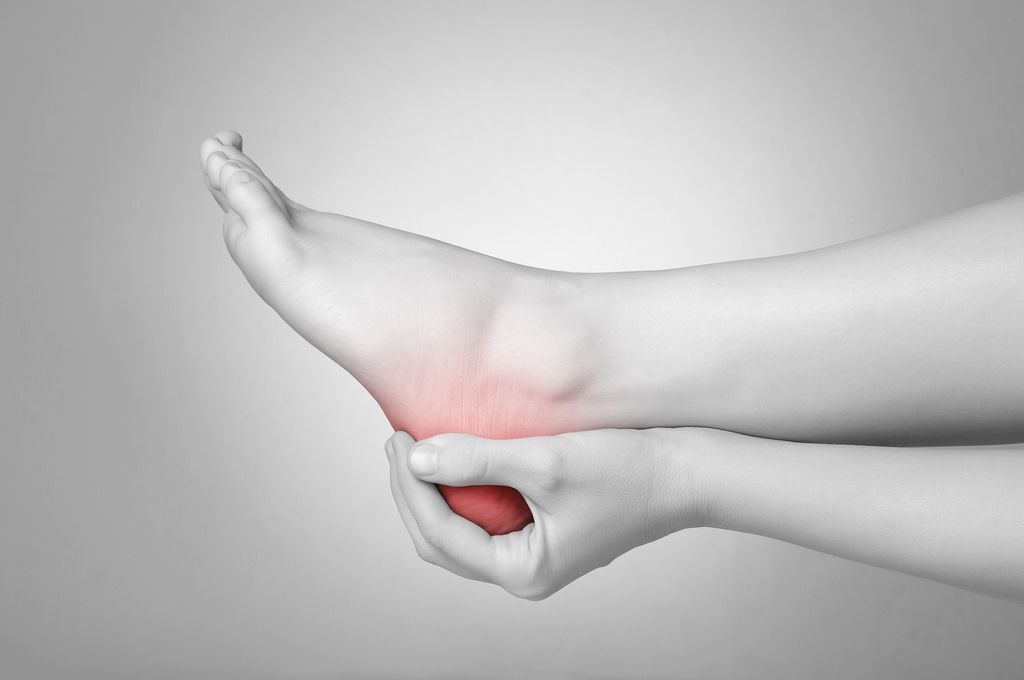 A response (5) identified a number of issues with the findings of this particular RCT, making “the results’ clinical relevance questionable” and stating their conclusion to be “dubious at best”.Bottom Line: Evidence of benefits derived from DN in the treatment of plantar heel pain is weak, minimal and questionable.

I was not able to find any evidence that DN assists with childbirth. As there is currently little high-quality evidence in support of DN, it is probably best avoided in this situation, at this point.

Bottom Line: No current evidence supporting DN in the treatment of arthritis.

Credible evidence that DN assists with the pain associated with tennis elbow, yet again, eludes me here.

Bottom Line: No current evidence supporting DN in the treatment of tennis elbow. Precautions & Side Effects To Dry Needling

There are certain precautions to be considered with the use of DN:

Brady et al (14), investigated the safety of the DN procedure performed by a sample of 39 physiotherapists. They found that while mild adverse-effects were commonly reported, no significant adverse-effects occurred.

The importance of a suitably qualified therapist is, of course, most important.

Following a good few weeks of research, I would think that, at best, DN as a therapeutic treatment is somewhat dodgy! Wouldn’t you by now? There is currently no evidence (15) of any longterm benefit derived from DN, for a start. Whatever short-term benefit is suggested from DN generally comes from low to medium-quality evidence concluding that DN is better than “no treatment or sham needling.”

Now, in all honesty, would you be willing to go under the knife... or, should I say, the needle... for that?