“Air purifier” is a great name for a product: it’s simple, it’s direct and it addresses a major universal concern. It is as universal as it gets. After all, even little kids have been exposed to the idea that the air is not that clean anymore, that there is pollution and “bad things” in it. The first thing a person will associate with the term “air purifier” is “a device that will clean the air and get rid of bad things in it”.

What we need to know to evaluate the usefulness of air purifiers is:

The reason we need to evaluate them and the claims made by manufacturers is that their market is rising fast in an economy that is not growing that fast anymore.

Note: If you already know you need an Air Purifier, you can see our list of the best 5 currently available on this page.

Air purifier Global market growth accelerated around 2010 and predictions point to increasing growth during the next five years (17, 2, 12).

The chief reasons listed by the market economy reports are:

This is a bullet point summary of trends detailed in the reports. It is not hard to see that the reasons for this market growth are at the same time powerful driving forces and stable factors. Air pollution isn’t going anywhere soon, people are keeping pets indoors more than before and these factors will keep the morbidity (rate of illness in a given population) on the rise.

Simply put, an air purifier is a device (either stand-alone, transportable units or affixed to an “air handler unit”) that removes contaminants from the air in an enclosed environment. The most important technological breakthrough for their rise was the development of HEPA (High-efficiency particulate arrestance) filters in the 1950’s.

There is not much we can do about outdoor air pollution and as urbanization increased in the past 50 years, the absolute number of people exposed to air pollution increased. However, we have a problem there: official organisms and scientific information are conflicting concerning whether air pollution has been on the rise or declining (do not confuse this with global warming). The World Health Organization claims it is on the rise (WHO Global Urban Ambient Air Pollution Database -update 2016).

A detailed report by Ritchie and Roser (22) shows evidence it is declining. The Unites States Environmental Protection Agency (EPA) (15) points out that regulatory measures were adopted since the 1970s. Fenger (10), in a peer reviewed published article, claims that both the quality and the perception of pollution have changed during the past 50 years.

Whatever it is, some things are undisputable:

It is significant that the Indoor Air Quality Association (IAQA) was founded in 1995, creating a landmark in the evolution of these many factors (regulatory policy, actual indoor pollution increase, awareness and morbidity).

What Do Air Purifiers Actually Do?

Regardless of what kind of device it is, an air purifier will function by performing something on ambient air that is pumped into it and emitted from it after being processed. They may filter, burn, ionize, irradiate incoming air, hopefully making it particulate-free or cleaner in some way. These are the current methods used by manufacturers (3, 1):

A summary of how each technology works was reviewed by Grabianowski (13).

Different air purifiers can make you happy or not, depending on what the consumer’s goal is: allergy control, asthma, cardiac conditions, odor control?

Depending on the technology used, air purifiers can perform one of the following:

Air purifiers can be beneficial to everything, literally constituting life-savers, or nothing at all. It all depends on two things: subjects’ health conditions and type of indoor air pollutant. Depending on the type of air pollutant, whether or not the subject has a previous health condition, the environment may be seriously harmful and an air purifier is needed.

There is even a term to designate environments where the air quality poses a health risk to anyone inside it: the sick building syndrome. The disorders are usually caused by the outgassing of some types of building materials, VOCs, molds, improper ventilation and filtration (16, 20, 18).

Individuals who are allergic or suffer from other respiratory illnesses may need an air purifier at least in the main room they occupy. But the range of disorders that indoor air pollution may cause is not restricted to these and more powerful (and expensive) purifiers may be needed to prevent health deterioration of those in the environment.

How Much Research Is There?

There is a good amount of research not only on the effectiveness of air purifiers but on the health cost of indoor health pollution (4, 23).

As for studies on the effectiveness of air purifiers themselves, they are recent and increasing. The first meta-analysis from 2005 did not provide conclusive results (14, Cochrane Foundation meta-analysis).

More recent studies, however, showed that air purifiers are efficient not only as a protection to the more obvious allergies but also to cardiovascular health and other hazards (8, 11).

It should be noted that there is a high number of published articles from China, India, and other developing countries where air pollution in general and indoor air pollution are associated with an alarming rise in respiratory disorders.

A Pubmed advanced search for the search terms “air + purifier” on the title and abstract resulted in 63 entries. The same search on Google Scholar since 2013 resulted in 1120 entries. Some studies are published in mainstream peer-reviewed journals. It must be noted, however, that indoor air quality is a recent scientific concern and its outlets are equally recent.

Also, the main concern is that although air purifiers have been shown to be effective in preventing or improving health conditions associated with indoor air pollution, some scholars point out that the main health burden of air pollution, especially particulate matter pollution, is outdoor air pollution and refers to cardiovascular diseases (19).

Fisk points out that reviews of research, at this point, are difficult given the disparity of methods and approaches. On average, the improvement of health outcomes is modest (11).

Except for a meta-analysis from 2005 that couldn’t find conclusive results given the scarcity of studies and discrepancy of methods, most research points to some level of benefit in the use of air purifiers. Also, research shows it helps not only allergic or asthmatic patients but anyone exposed to sufficiently hazardous indoor air pollution.

As for specific conditions, studies show improvement in the health of allergic people (21, 6). The same can be said for asthma management (25, 9).

Longer-term exposures have been linked to the chronic progression of atherosclerosis as well as the increased incidence of overt hypertension and diabetes mellitus” (19). 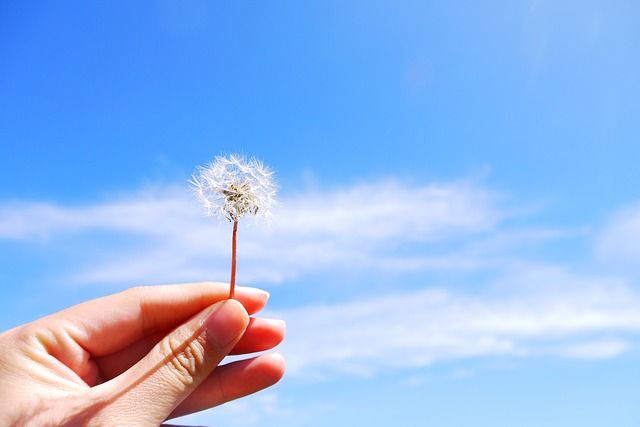 Some air purifiers produce ozone, which is an unstable tri-oxygen molecule that is highly effective in causing oxidative harm (killing microorganisms, but also harming our health). The United States Environmental Protection Agency as well as some of its State chapters, such as the California Environmental Protection Agency warn against these devices. Popular brands of air purifier (Honeywell, Coway, Medify etc) are careful to state that their machines do not produce ozone. Some brands submit their machines to the EPA's EnergyStar program to have this confirmed.

Except for those, and for the risk of fungus growth on cheap HEPA filters not substituted frequently, air purifiers are generally safe.

Several claims and recommendations may be concluded from the available epidemiologic and research data. The most important is that if you live in a highly polluted area, you probably want some protection when you are indoors. This was obvious by the amount of research and alarming claims coming from developing and rapidly industrializing countries.

If you are or have allergic or asthmatic people in your home or office, you probably need an air purifier.

But if you don’t live in a particularly polluted city or have any respiratory disorder, I didn’t find in research a strong reason for you to need an air purifier. Keeping the house clean, vacuuming carpets and dusting surfaces is usually sufficient.

The bottom line here is: watch out. The world is changing. Clean and nice neighborhoods can become polluted and dangerous very fast. Monitor pollution indicators and, if you are at risk, air purifiers can be one of the best solutions.