As Europe basks in record summer temperatures, many parents are engaged in battle with their kids to leave technology and venture out into nature. I recently found myself telling my kids about life BG (Before Gaming). I told them about spending summers in the countryside when we would make daisy chains and blow the feather-like seeds of dandelions to send our wishes into the universe.

I was reliably informed that while dandelions are not part of Fortnite (an unreasonably popular game that kids across the globe are addicted to currently) that dandelions do feature in the other super popular online game called Minecraft. I wonder how many of generation AG (After Gaming) would recognize an actual real-life 3D dandelion?

The irony is that while my kids may consider the BG era as pre-historic and primitive, there are plenty of people who are happy to monetize the BG life. Last week, I went to a very fou fou pompous restaurant and was served a microscopic serving of dandelion leaf. I am sure that somewhere I could hear my Irish grandmother cackling and saying 'A fool and her money are soon parted'.

While my grandmother did not live long enough to see the internet era, she often used dandelions in both her kitchen and medicine cabinet but she certainly did not spend a fortune eating 'garden weeds' in a restaurant. Dandelions have been widely used in folk medicine to soothe stomach upsets, treat infections and relieve constipation.

What does modern science have to tell us about the dandelion?

Dandelion (Taraxacum officinalis) is a member of the family Asteraceae, subfamily Cichorioideae, tribe Lactuceae. Dandelion is native to Europe but grows worldwide.

Botanically (or anatomically speaking), dandelions have:

The roots of dandelion are sometimes used as a caffeine substitute while the leaves are used in salads, soups, tea, and wine.

Both the roots and seeds are used for medicinal purposes.

Apart from the culinary and medicinal uses of dandelion, this plant plays a key role in ecology. It stabilizes soil and is a source of food for a wide range of insects and birds.

I have highlighted the clinically relevant constituents of the dandelion and we will discuss the implications of these constituent values in the relevant sections below.

There are over 10,000 ways to buy dandelion on Amazon. There are teas, capsules, seeds, powder, and even wine. Dandelion is relatively inexpensive (20 cents per 375mg capsule) which makes sense as this is just a weed after all. However, as a savvy # HBS shopper (and my grandmothers descendant), I still would want to know the science behind dandelion before I would part with my own hard-earned  20 cents.

Not much. There are 792 studies on dandelion which include only 6 human clinical trials. Looking at the types of publications, there are no systematic or Cochrane reviews, which is understandable given the small numbers of publications available.

To put this into context, there are over 3000 publications on aloe vera (another garden weed) and almost 130 clinical studies.

Does it Promote Eye Health? 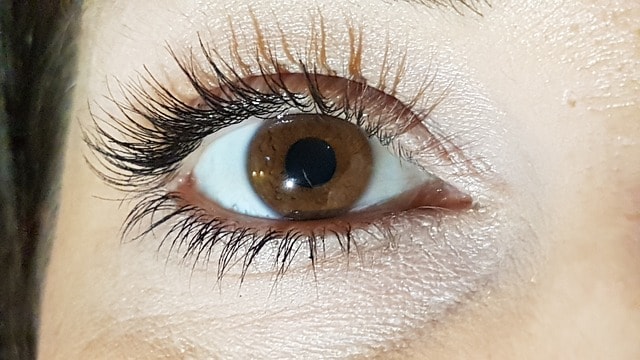 There are no studies looking at dandelions for eye health. Rather than just stop there, let’s see what other people have to say about dandelion and eye health.

The legal argument for claiming that vitamin A is good for eyesight would go something like this:

Exhibit A - Vitamin A is good for eyesight.

Exhibit B - Dandelion is a rich source of vitamin A.

That type of sloppy inquiry might get past other less discerning audiences but the jury and readers of #HBS have deliberated on this argument and conclude that this is circumstantial evidence.

There is no direct evidence linking dandelion with eye health.

Does it Kill Cancer Cells?

This is like a trick question (the type that barristers love using in court to confuddle the issue and trip up doctors).

There are 43 publications for the search terms ‘dandelion’ and ‘cancer’.

Yes, many of these papers show that dandelion can kill cancer cells.

One group of Canadian investigators are the clear leaders in this field.

They have shown that dandelion can kill leukemia cells (3).

What does the lead author on these studies have to say? Dr. Ovadje says that dandelions have ‘great potential, as non-toxic and effective alternatives to conventional modes of chemotherapy available today’.

Dandelion has been shown to kill cancer cells in a small number of laboratory experiments but has not been studied in humans.

Does it Aid in Weight Loss?

There are no studies looking at dandelion for weight loss. I initially thought that there might be a theoretical basis for short-term weight loss with dandelion. There are two big problems here with my assumption.

In herbal medicine, dandelion is used as a diuretic. Diuretics being the class of compounds that promote water loss from the body. Dandelion has been used as a diuretic in both Traditional Chinese and Indian Ayurvedic medicine for eons. I have worked with traditional healers in Africa and they would also very commonly use dried dandelion leaves for diuresis.

Diuresis in healthy people can cause short-term weight loss and so I assumed that dandelion could possibly cause short term weight loss. (A bit like the faulty legal argument on vitamin A and eye health). Seems that my assumption and the entitlement of dandelion to be classed as a diuretic is not validated by the one clinical study that we have.

In this one study, 17 volunteers were given three doses of dandelion over a 24 hour period (6). The study showed a statistically significant increase in urinary frequency after the first and second dose but not after the third dose. That means that people went to the bathroom more often. However, there was no increase in the amount of urine passed. The authors wondered if maybe dandelion was acting as a bladder irritant and not actually affecting kidney function. Curious and curiouser. I just love this type of inquiry when science exposes layers of intrigue behind common assumptions.

There is nothing (not even a far-fetched theoretical basis) to support a role for dandelion in weight loss.

Does Dandelion Lower Cholesterol or Triglycerides?

A 2014 study compared the effect of dandelion, chicory, inulin or artichoke in 120 cross-bred pigs (7). These poor little piggies were then slaughtered and samples of their blood, liver, muscle, and heart were collected. Dietary supplementation with dandelion had the greatest effect on reducing fat levels in blood and tissues. I am afraid that I cannot give much more detail than that based on what is available.

Korean investigators looked at the effect of dandelion leaf and root on cholesterol levels in 28 male rabbits (8). The rabbits were divided into four groups:

Dandelion root resulted in a significant decrease in LDL-cholesterol.

There are no human clinical studies to answer the question of the role of dandelion in lipid health. 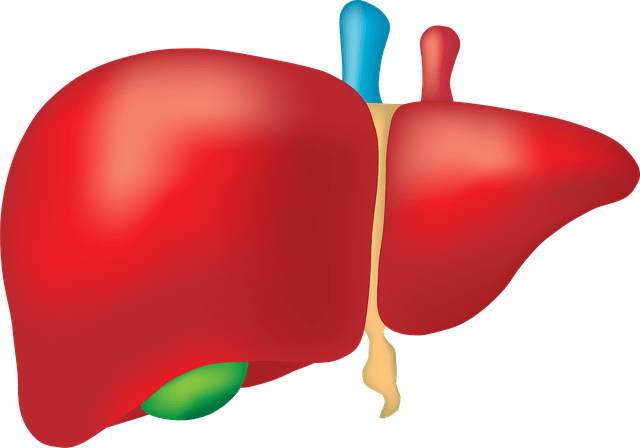 We also do have a mish-mash of non-human studies to consider.

There is one human study and some non-human studies which suggest that dandelion may protect against liver damage.

Back to the 6 Human Clinical Studies

I mentioned above that here are 6 studies that are categorized as clinical studies on dandelion.

Are We Missing Anything?

One study looked at Jiedu Yanggan Gao which is a herb blend including dandelion which was found to be helpful in 96 people with hepatitis B (13). The herb blend contained so many other bio-actives that it is impossible to get too excited about the role of dandelion here.

A similar study from China showed that another dandelion containing herb blend was helpful in treating abnormal cells in the gastric mucosa (14).

Italian investigators found that a dandelion containing blend relieved symptoms of dyspepsia in 311 patients who were followed over 30 days (15). The study also found significant decreases in liver function tests and lipids. Again we have the problem of dissecting out the contribution of dandelion over the other ingredients over the possibility that the observed effects were due to the combination.

Finally, researchers from Colombia University found that a combination botanical supplement containing dandelion had no effect on sex steroid hormones in pre-menopausal women (16).

People who are allergic to plants in the Asteraceae/Compositae family such as ragweed, daisies, and marigold need to take care with dandelion as they may be cross-allergic to dandelion.

Dandelion may lower blood sugar and care should be taken in people who are taking anti-diabetic medication.

The potassium content of dandelion is relatively high (397mg) considering the fact that the recommended daily allowance for dandelion is 4700 mg per day for an adult (1, 17). As a rich source of potassium, care should be taken in people with renal disease and/or people taking diuretics or water tablets.

Dandelion may reduce the effect of some antibiotics and so should be avoided when people are taking courses of antibiotics.

It can boost the effect of lithium. Lithium is a complex drug which is used in mania and has a very narrow therapeutic window (meaning that it is very easy to move from therapeutic dosing to toxic dosing).

It can also reduce the activity of a key enzyme system in the liver and gut which is responsible for eliminating many drugs. People taking medications for HIV, TB, and epilepsy should check with their physician or pharmacist before taking dandelion.

And finally, Just to tie up the last loose end - it is worth noting that dandelion contains exactly zero vitamin D and should not be relied on as a source of vitamin D.

How do we reconcile the fact that this article does not give dandelion a shout-out for a long list of medicinal uses? Especially when this is quite different from other blogs?

I think that this is due to the 'Rumi Effect'. (Ok, I totally made up the term).  Have you ever noticed that Rumi is widely quoted for things he never said? Once someone mentions  'Rumi says', people bow their heads in respect and game over. After all who can argue with Rumi?

Similarly, when I looked at the references used in some pro-dandelion blogs, I found that they referenced PubMed. Far too many people unquestioningly accept PubMed as the final word. However, as we well know, not all PubMed papers are created equally. Just saying 'PubMed' is not enough.

Unlike my grandmother's era, we can actually use the internet not just to access original scientific data but also to evaluate it. With an evidence base of just 6 human clinical studies, I would not spend my 20 cents on this common garden weed.