Us humans can (and do) also acquire aspartic acid through the consumption of protein-rich foods such as chicken, beef, fish, eggs and dairy products.

Without delving deep into biochemistry, aspartic acid is known to exist in two isomers (compounds with the same composition of atoms but in different arrangements within the molecule and different properties as a result) called L-Aspartic acid and D-Aspartic acid.

D-Aspartic acid (DAA) is a naturally existing amino acid found in the nervous and endocrine system of various animals, including humans. It has been found to play an important role in the neuroendocrine system in our bodies.

The neuroendocrine system is the mechanism by which the many processes that happen in our bodies 24/7 are regulated and maintained. The neuroendocrine system consists of the hypothalamus in our brains which controls numerous glands throughout the body that produce and secrete hormones that regulate many physiological processes, including homeostasis, reproduction, metabolism, sleep patterns, energy utilization, blood pressure and more.

So why is this relevant for D-Aspartic acid?

Right now, there is a lot of hype around DAA as a gym supplement for improved workouts. The bottom line is that DAA is being promoted as a testosterone booster for improving athletic performance.

There are lots of claims made by the fitness industry to convince you to part with your hard-earned cash. Pretty much all of the websites singing the praises of DAA supplementation are selling the product… and so obviously have a vested interest in convincing you that this supplement needs to be bought…. STAT!

In fact, one of the websites I came across in researching DAA was so misguided in espousing its “analysis” of the research on DAA that it was laughable… and… disappointing really. One of the studies it referenced was unpublished, another used a different supplement, it was full of errors, and so on.

Now I love my exercise, and I would happily pay for a supplement that would significantly increase my performance. But it’s important that a supplement has an evidence base behind it and even more so that it is proven to be safe.

There have only been a few studies to assess the effects of DAA supplementation but the results are certainly interesting. This article will look in-depth at the evidence, claims, and effects of this interesting amino acid.

What Actually Is D Aspartic Acid?

Every amino acid other than glycine, the simplest amino acid, can occur in two forms, because of the possibility of forming two different isomers (compounds with the same composition of atoms but in different arrangements within the molecule and different properties as a result) around the central carbon atom.

These are called L- and D- forms, and a good way to think about them are to imagine these structures as left-handed and right-handed configurations or mirror images of each other. 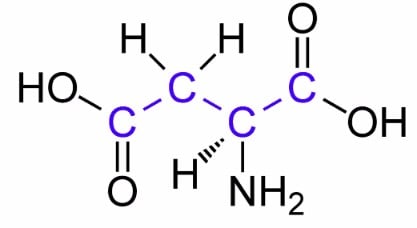 Aspartic acid is known to exist in two isomers called L-Aspartic acid and D-Aspartic acid (DAA). DAA is a naturally existing amino acid found in the nervous and endocrine system of various animals, including humans.

Is D Aspartic Acid a Steroid?

DAA is not a steroid- it is an amino acid. An amino acid is an organic molecule containing both a carboxyl (—COOH) and an amino (—NH2) group.

A steroid is an organic molecule with four rings arranged in a specific configuration. Steroids fall into two functional groups in the body- they are either part of the cell membrane (the flexible outer skin of the cell) or they are signaling molecules that activate hormone receptors on cells.

What Does D Aspartic Acid Do In The Body?

Since DAA was first found in the nervous system of marine mollusks [1] solid research has been done to establish the roles of DAA in many organisms, including humans.

It is well established that DAA is found in the nervous and endocrine system of various animals, including humans. DAA plays an important role in the human neuroendocrine system (in hormone production and release which regulates a myriad of our bodies’ activities) as well as in the development of the nervous system (brains and nerve cells).

Top et al. conducted the first research in humans to show that DAA causes the synthesis and release of luteinizing hormone and the hormone testosterone after using rats as the initial model animal [3].

It showed that DAA, which occurs principally in the pituitary gland and testes in humans plays a role in the regulation of the synthesis and release of luteinizing hormone in the pituitary in the brain and testosterone in the testes [3].

It is widely accepted that in the body, testosterone increases other hormones, causing a cascade of events that leads to protein synthesis and muscle growth. As a result, the hormone testosterone is considered to be an important determinant of training-induced improvements in muscle strength and growth [2].

Hence the optimistic claims of the fitness supplement industry. 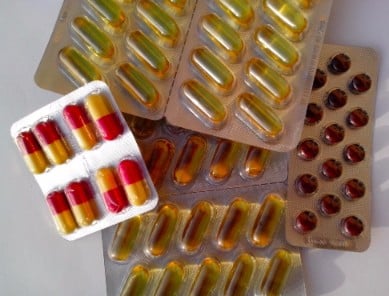 Previous research has demonstrated correlations between testosterone levels and training related strength gains [4], [5]. Similarly, the elevation of testosterone to above natural levels, via administration of anabolic steroids, has been shown to greatly improve muscle strength and size [6]

So let’s have a look at the evidence behind the various claims of the supplement industry regarding the benefits of DAA supplementation.

Although much research has investigated the hormonal effects of DAA in rat models, to date there is limited research on humans. To date, only three studies on DAA supplementation have been conducted on humans.

DAA has been shown to significantly raise testosterone, however, this research only involved one small group of untrained (sedentary) men with below-average testosterone levels.

Topo et al. [3] demonstrated that DAA has a role in the regulation of the release and synthesis of luteinizing hormone and testosterone in humans. This study showed that after 12 days of supplementation, levels of testosterone were significantly increased by 42% (which is a huge increase!) However, they recruited a small cohort of 23 sedentary male IVF patients (27–37 years), who had low initial testosterone levels in the first place.

Contrastingly, Willoughby and Leutholtz reported that after 29 days of a daily 3g dose of DAA supplementation and resistance training, levels of total testosterone and free testosterone were not significantly altered [7]. In other words, this study showed that DAA supplementation was ineffective in up-regulating (increasing) testosterone and had no anabolic effect (increase in) skeletal muscle [7]. This small study of 20 subjects really isn’t big enough to demonstrate an effect.

How can we explain these results? The difference in outcome between these two studies may in part be explained by the training status of the subjects. In this study, resistance-trained men (ie men who trained regularly) were recruited and this cohort exhibited higher initial testosterone levels than those in the Topo study. Baseline testosterone levels of resistance-trained men are higher than that of untrained or sedentary men.

In further contrast to the evidence provided by Topo et al, an interesting study by Melville et al. [1] hypothesized that a higher dosage may be required for experienced lifters, and explored responsiveness to DAA based on initial testosterone levels. This research investigated the effects of two different dosages of DAA on hormonal levels in resistance-trained men.

The results demonstrated that a daily dose of six grams of DAA actually decreased levels of total testosterone and free testosterone, without any concurrent change in other hormones measured. A dose of three grams of DAA had no significant effect on either testosterone markers.

In addition, the authors noted that “it is currently unknown what effect this reduction in testosterone will have on strength and hypertrophy gains”. Basically, not only did it reduce testosterone levels, but the implications of this are unknown. Not good.

There's no evidence to suggest D Aspartic acid helps increase strength.  No research into strength and D Aspartic acid has even been conducted. Any claim of this nature is anecdotal and should be treated with caution.

No evidence. The study by Willoughby and Leutholz demonstrated that a daily dose of 3g of DAA supplementation was ineffective in up-regulating (increasing) testosterone and had no anabolic effect (increase in) skeletal muscle [7]. It reported no significant alterations in body weight when DAA was taken alongside resistance training. Again, this small study of 20 subjects really isn’t big enough to demonstrate an effect.

Weak evidence. Given the role of DAA in reproductive hormones, it has been suspected to play a crucial role in reproduction [3] and it would, therefore, be plausible to suggest that it may be relevant to fertility.

Emerging research has confirmed this, but such studies have been limited to very small sample sizes, making the evidence essentially weak. DAA was shown to be implicated in male infertility in a tiny study of 10 participants [9].

In another study, the treatment of sub-fertile patients with DAA improved the number and the motility (swimming ability) of the spermatozoa and consequently improved the rate of pregnancies of their partners [10]. However, although this research is promising, this study was also small with only 30 participants.

Is D Aspartic Acid Better Than DHEA, Clomid, or Tribulus?

I am wary to make recommendations about whether DAA (or anything) is better than other widely used drugs, as I’m not a medical expert. In saying that, at this stage, the evidence is just not strong enough for medical professionals to be prescribing DAA in place of DHEA, Clomid or Tribulus.

What Are The Appropriate Dosages If You Are Trying It?

Studies in animals have shown that the maximally effective dose of DAA to cause the greatest hormonal response (of luteinizing hormone, testosterone, and progesterone) was 1 μmol/g [8].

In humans, the effects of different dosages of DAA on basal testosterone is unclear [2]. Supplement companies are currently recommending three grams of DAA once to twice a day, and these recommendations have been drawn from the only dosage studied in humans of 3 g/day.

Melville et al. argued that it was reasonable to believe that in resistance-trained males, a higher dose may be required to further increase testosterone levels. However, this study did not show an increase in testosterone levels, in fact, it showed a decrease [2].

What Are The Reported Side Effects?

Conclusion: Is D-Aspartic Acid Worth Trying?

Therefore, for these and other reasons, DAA can’t be recommended as an evidence-based supplement at present.

For a start, most of the research to date has investigated the hormonal effects of DAA in rats with only three studies looking at effects in humans. When was the last time you knowingly took a drug that was tested on rats and not humans? Hopefully never!

It is also important to consider a few points when looking at the research itself.

I have already noted that the studies into the effects of DAA have been very small, which means that the evidence base is not going to be strong enough to show or even disprove an effect.

Thirdly, while different dosages have been looked at, it is plausible that a longer dosing time is required for the full biological effect.

Fourth, the reductions in testosterone observed in some of the research conducted are important to consider, given the negative impact it could have on training gains within the very population to which it is being promoted- gym goers [2]. In fact, for these resistance-trained men who have higher levels of strength, more muscle and higher baseline testosterone levels compared to novice trainers would be, ironically, most at risk from reduced testosterone levels from taking DAA. According to Melville “over time, this could translate into reduced training gains”. Ouch!

So, longer and bigger studies are really needed to determine whether DAA really has any effect at all and whether that effect is good or bad.

Finally, DAA supplementation has not proven to be safe, nor has the correct human dosage or dosing schedule been established.

Therefore, the evidence just isn’t backing up this amino acid, and I would not be pulverizing it in my morning protein shake. I hope you aren’t either.