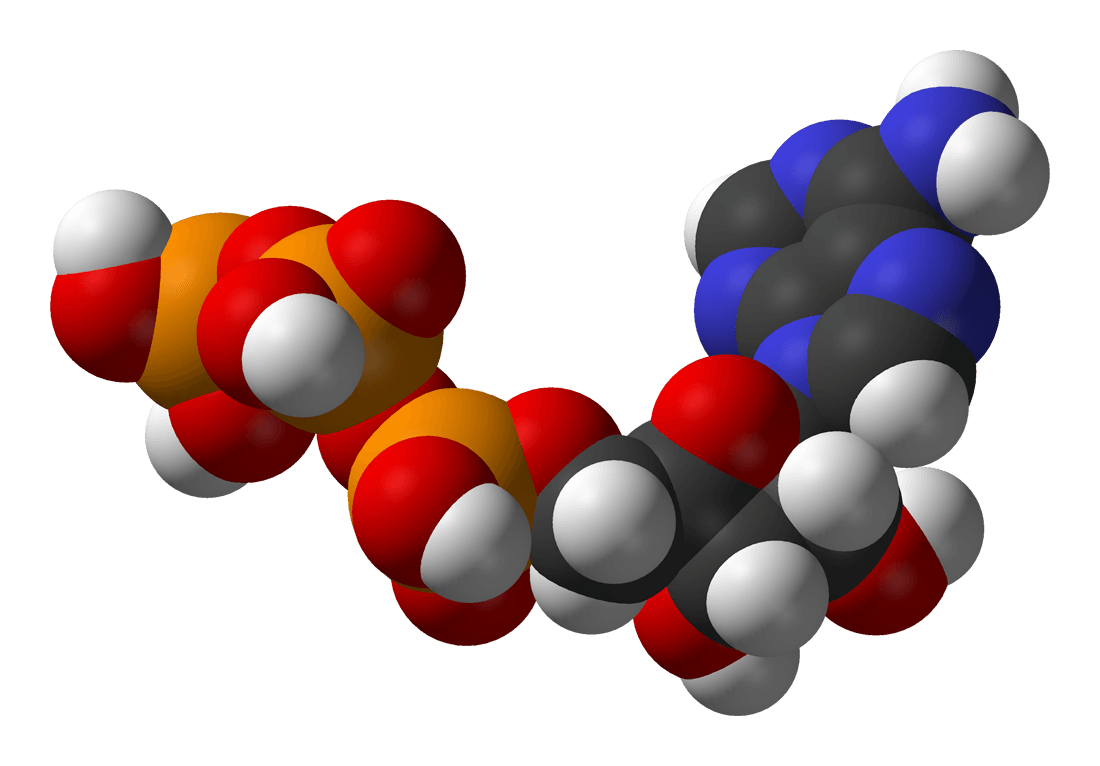 Cissus quadrangularis is a plant widely used in traditional Ayurvedic and African medicine across India, Asia and Africa. It was next on our hit list of popular supplements in the fitness and bodybuilding communities, after Beta Alanine, and D Aspartic Acid.

(FYI: We since published a lengthy review on Ligandrol for the same series)

It was traditionally used in treating feminine conditions (menopause, libido, and menstrual disorders) and accelerating bone healing (especially in the case of fractures), although other it is also used for its antiulcer properties, anti-hemorrhoid properties, and pain relieving properties.

The plant and its medicinal properties have been described in ancient books such as Bhawa Prakash1. So why is there currently so much interest? Well, Cissus quadrangularis is being promoted as a workout supplement to aid bone recovery and improve body composition (i.e. reduce fat).

Although ancient in origin, new and exciting scientific research is turning people’s attention to the benefits of Cissus Quadrangularis supplementation. Modern research using critical appraisal is looking at its effects on Western disorders, including metabolic disorders, obesity, weight loss and osteoporosis. And the results are promising.

This article will look in depth at the research on this fascinating plant.

What Actually Is Cissus Quadrangularis and How Does It Work?

Cissus quadrangularis, also known as Vitis quadrangularis, is a rambling shrub, characterized by a thick quadrangular fleshy stout stem. In some parts of world, the whole plant is used, while leaf, stem, and root extracts of the plants are used in the traditional treatment of various conditions.

In Ayurveda, many of the names of plants are given according to their medicinal values. Cissus quadrangularis is known as Harshankar in Hindi and Asthisanghara in Sanskrit and has the traditional name of Harjor or 'Bone Setter,’ literally translating to “that which joins the bones” (har = bone, jor = the one which joins).

In a thorough review of the pharmacological properties of Cissus quadrangularis, Mishra (2010) describes that the stem has also been found to contain two asymmetric tetracyclic triterpenoids, and two steroidal principles, and in addition, β-sitosterol, δ-amyrin, δ-amyrone, and flavanoids (quercetin) have been detected3.

How Much Research Is There?

There has been some good research conducted on Cissus quadrangularis, especially considering that it is a traditional medicine. Many of our pharmaceuticals are derived from plant extracts. It is encouraging to see researchers showing interest in giving scientific authentication and explanation to the activity of plants used in traditional medicine.

Rigorous scientific research authenticates the use of these plants and also removes any plants that may cause more harm than good to patients. It also establishes the dosage amount and schedule to have the best outcome for the patient.

Despite the wide use of Cissus quadrangularis in Ayurvedic and African medicine for various medical conditions and the existence of pharmacological evidence supporting its effects, there is a lack of systematic review and meta-analysis of the medicinal use of this plant4. It is systematic reviews and meta-analyses that are considered to be the best way to assess evidence4.

A recent meta-analysis of the data on Cissus quadrangularis was published at the start of 2017 which looked at its overall efficacy (how well it actually works) and safety. Publications from 12 electronic databases were searched from inception through November 2016. A total of nine studies with 1108 patients were included.

This is the first meta-analysis summarizing the clinical benefits of Cissus quadrangularis for bone fracture healing and obesity/ overweight management, despite previous studies demonstrating these effects.

Research articles were included if they were randomized controlled trials (ie they had thorough research methodologies) investigating the clinical effects of Cissus quadrangularis. Studies with insufficient data were excluded. I hope that its results generate further research to fully evaluate this promising plant.

Ayurvedic medicine so highly regards the osteogenic potential (bone healing ability) of the Cissus quadrangularis plant, which has been used in the Indian subcontinent to hasten the process of healing in bone fractures, that it is actually known as ‘the bone setter’…. This is a pretty awesome endorsement of the plant’s properties!

I find it absolutely fascinating that traditional societies believed so much in the healing properties of this plant as to give it such a brilliant name. So now let’s turn to the research that has been conducted to assess this claim.

Research into Cissus quadrangularis showed clinical efficacy in the treatment of fractures from as early as 19627. A recent meta-analysis of the data on Cissus quadrangularis was published at the start of 2017, which looked at its overall efficacy (how well it actually works) and safety. A total of nine studies with 1108 patients were included.

Only three studies of patients with bone fractures were available to be included in the meta analysis. Its results showed that Cissus quadrangularis did show benefit for bone fracture healing and had a positive effect on bone pain4.

Osteoporosis, a silent epidemic, has become a major health burden in the recent years. It is a chronic, progressive condition associated with micro-architectural deterioration of bone tissue that results in low bone mass. In osteoporosis, the bones begin to deteriorate due to calcium deficiency, increasing the risk of fractures and falls, often with devastating effects.

For this reason, a supplement that improves bone health and healing with no adverse effects is of great interest to the medical community, as well as to patients.

However, more research and evidence is needed to demonstrate the effect of Cissus quadrangularis on bone healing, for instance, no studies have been done into whether Cissus quadrangularis assists in conditions such as shin splints and tennis elbow, even though it would make sense for it to be very beneficial.

The global health challenge of overweight and obesity can not be underestimated. We all know the personal, social and economic effects all too well. In the United States, over 60% of the adult population is now overweight or obese. Several human studies have shown support the use of Cissus quadrangularis in weight management 5.

A thorough and recent meta-analysis of the data on Cissus quadrangularis was published at the start of 2017, which looked at its overall efficacy (how well it actually works) and safety. Only two studies of overweight or obese patients were available to be included in the meta analysis.

In the present meta-analysis, reduction of body weight by Cissus quadrangularis combination products was not clinically significant. However, both studies individually did show a significant weight reduction.

An interesting randomized, double-blind, placebo-controlled study involving 123 overweight and obese persons ages 19–50 over 8 weeks was conducted by Oben (2006). The 92 obese (BMI >30) participants were randomized into three groups; placebo, formulation/no diet, and formulation/diet (2100–2200 calories/day). Results showed that the placebo group lost 2.3 kg, while the overweight group lost 3.7 kg and the two obese groups lost 6.6 kg and 8.1 kg, respectively 11. At the end of the trial period, statistically significant weight loss reductions and central obesity (as well as in fasting blood glucose, total cholesterol, LDL-cholesterol, triglycerides, and C-reactive protein- all good signs) were observed in participants who received the formulation of Cissus quadrangularis, regardless of diet.

It is unclear however whether the weight loss is as a result of the Cissus quadrangularis being taken before food with water (as it is known to have gum forming properties), rather than the active ingredient itself.

Given the burden of overweight and obesity, these exciting results warrant further research into the optimal dosages of Cissus quadrangularis and combinations with other ingredients. It has also been hypothesized that it may even prove to be relevant in other metabolic diseases, such as diabetes mellitus8.

However, as mentioned above, the reduction of body weight by Cissus quadrangularis combination products was not clinically significant in the present meta-analysis, and further research is needed to replicate the findings of the individual studies in larger groups before any conclusions can be drawn.

No studies have demonstrated that Cissus quadrangularis increased testosterone.

Is It Helpful For Animals?

Research has shown that Cissus quadrangularis is helpful for accelerating bone healing in animals including rats and dogs.

Is Cissus Quadrangularis Safe? Are There Side Effects?

Based on studies to date, Cissus quadrangularis extracts appear to be exceedingly safe and free of adverse effects at the doses commonly used5 and even at high doses6.

Since there is not enough information about the use of Cissus quadrangularis in people, long-term safety is not known, and of course, there is insufficient evidence to determine safety in pregnant or breast-feeding women.

Conclusion: Is It Worth Trying Cissus quadrangularis?

Overall, Cissus quadrangularis has shown some exciting evidence in regards to joint and bone health in but requires a great deal more to fully evaluate this promise.

However, these research findings warrant further exploration into the active phytonutrients of Cissus quadrangularis and its health effects.

Although the recent meta analysis showed the benefits of Cissus quadrangularis on bone fractures, and insufficient evidence for obesity/overweight management, the interpretation of these results should be performed with caution4.

Results for each effect were pooled across multiple studies and were summarized based on different formulations of Cissus quadrangularis products, and this may be imprecise.

Finally, there was a lack of reporting of active ingredients or standardization procedures in these included studies. Better standardization of extracts and more well-controlled human studies are required.

Together, these factors may imply that current evidence may not be strong enough

to support the effectiveness of Cissus quadrangularis…. until results are replicated in stronger, larger research studies.

Therefore, this meta analysis needs to be updated when there are more research available.

In summary- the benefits of Cissus quadrangularis have been shown for bone healing and weight loss… but it’s too early to say exactly more than that it is showing a lot of promise!

Although no adverse effects have been shown, I would only be rushing out to try Cissus quadrangularis, if every other medically proven product for my obesity or osteoporosis had shown to be ineffective.

In the meantime, stay tuned for more interesting research on this ancient plant, as it may prove to be a key in tackling some of the greatest disease burdens facing our modern society.