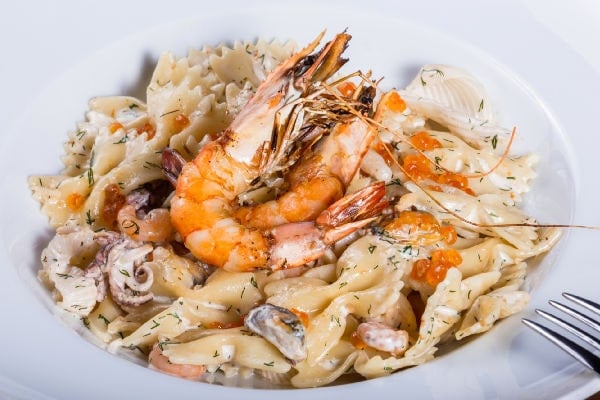 Canned oysters are delicious eaten straight from the can, dipped in tartar sauce. But today we're going to go the extra mile and transform this simple ingredient into a superstar dish that'll impress! We've compiled five canned oyster recipes that are all simple to prepare but the end result will dazzle your friends and family!

Keep in mind that there are two common types of canned oysters: smoked or natural. Depending on what you're cooking, you may prefer the natural option so that the flavor isn't too overwhelming in the dish. In saying that, a nice smoked oyster will work wonders in a paella!

Oysters combined with a creamy pasta, prawns and fish makes a "restaurant quality" looking meal. No-one needs to know anything has come from a can.

For bonus points, toss in a handful of octopus and any mild flavored white fish. A sprinkling of caviar is another tasty garnish you can add before serving.

A delicious salty broth filled with umami flavor and surprisingly nutritious. An exotic starter made from budget ingredients - perfect! 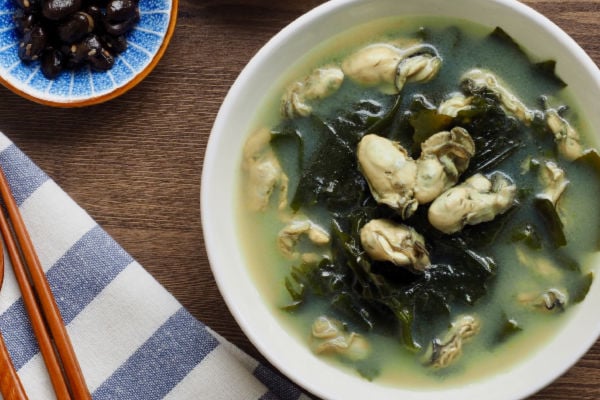 The amount of kelp you choose to use comes down to personal preference. Feel free to reduce the kelp for less salt and umami flavor.

Create an exciting dish that's packed with flavor, heat and color. The best part about this paella is that it's simple and everything is made in one large pan meaning less dishes to wash afterwards. 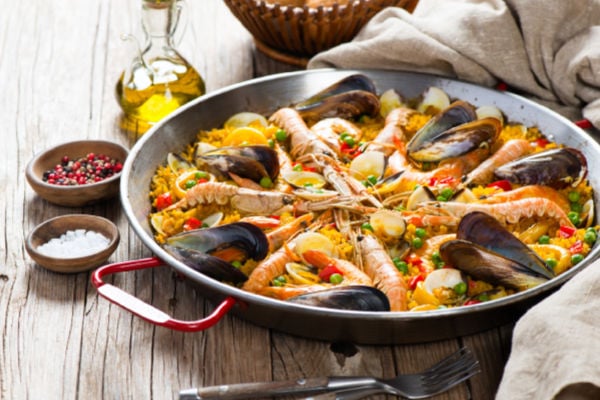 With this recipe, it has mussels and shrimp added. For a more "budget conscious" meal simply remove the shrimp and mussels. A cheaper option you could add is chicken. 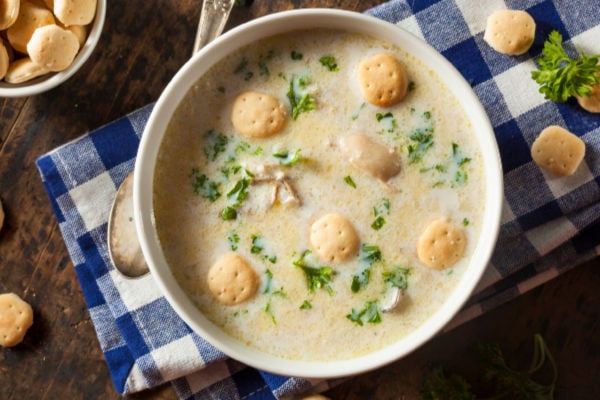 This stew is a little different from some of the traditional beef stews that have a thick gravy and lots of vegetables. This dish is close to a soup texture but the milkiness combines beautifully with the milk.

We've all heard of clam chowder. A thick, creamy soup that is packed with seafood flavor. Did you know that oysters also make an excellent addition to chowder? 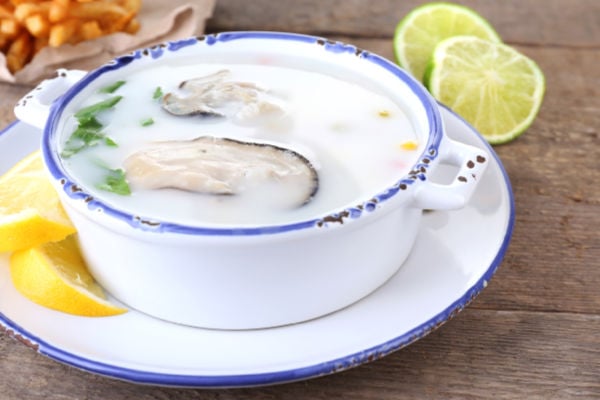 The best part about this recipe is that using canned oysters means there is no seafood preparation involved. Simply, open the can and toss in those tasty morsels.

While cooking most ingredients will improve their flavor, oysters do not benefit from prolonged cooking or excessive heat. It is best, in most cases, to add the oysters towards the end of the cooking process to avoid turning them rubbery and tasteless.

Pacific oysters have a varied flavor depending on where they are cultivated around the world. They will often have a less salty taste than most other common oyster types.

An over-fished type of oyster that is, generally, only found in Europe. European oysters are mild in flavor with a distinctive texture that is borderline crunchy.

The Atlantic oyster is farmed in the U.S. and have a salty, savory flavor with a unique, crisp texture.

A small oyster that originates from Japan; they're the mildest in flavor with a soft texture. Kumamoto oysters are now commonly found all over the world.

A quick video about oysters

Are canned oysters cooked or raw?

Canned oysters are cooked and can be eaten directly from the can. They are commonly smoked or boiled then canned in olive oil or cottonseed oil.

One cup of canned oysters offers around 17.5 grams of protein and 169 calories. However, fresh oysters are a healthier option with few calories and a higher calcium component.

Are oysters an aphrodisiac?

There is no conclusive evidence to support this myth. Oysters do contain zinc, aspartic and NMDA which help create sex hormones; however, consuming an excess of zinc can have the opposite effect and dampen the libido.

How long to canned oysters last?

If you store canned oysters, unopened in a cool dry area they will last three years. Once opened, they should be stored, in the refrigerator, in an airtight container and are best consumed within three days.

Do you chew oysters?

It comes down to personal preference whether to chew oysters or swallow them whole. By chewing the oyster, it allows the taste receptors on your tongue to further sense the delicate flavors of this seafood.