During Lent, specifically on Ash Wednesday, Lenten Fridays, and Good Friday, the Roman Catholic church encourages Christians to abstain from eating meat, including chicken, in preparation for Easter Sunday. People do this because they believe that Jesus gave up his flesh for people. Because of this, they don't eat flesh like meat. 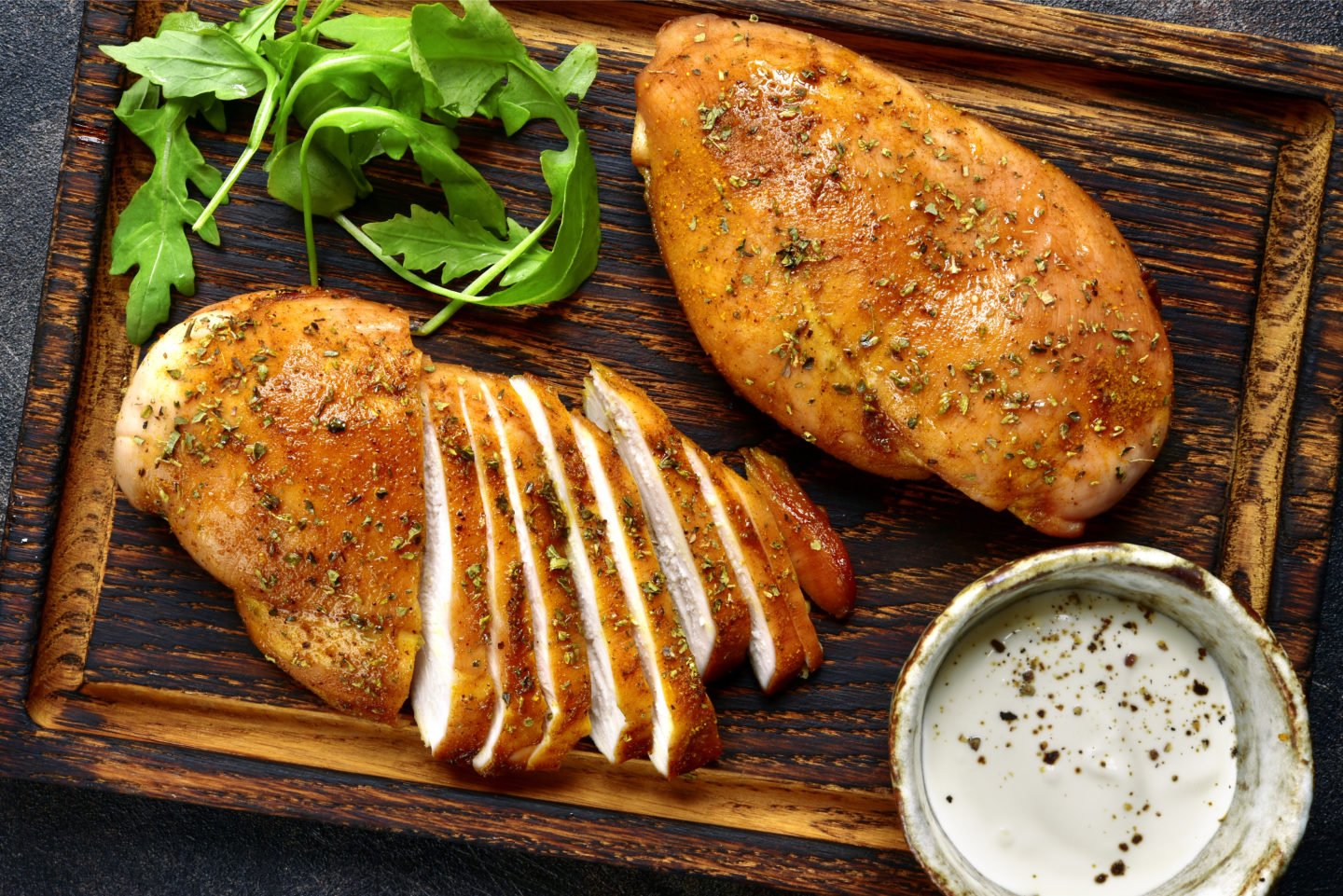 Importantly, abstinence from meat only strictly applies on Ash Wednesday, Lenten Fridays, and Good Friday, and there are a few exceptions to who should follow. Instead of meat like beef and chicken, Christians can opt for plant-based meat and seafood with no backbones, such as shrimp, squid, clams, mussels, and lobster meat. Moreover, some believers focus on eating healthy foods like fruits and vegetables.

Read on to learn about Lent, the food restrictions during this celebration, and other related topics.

In the Christian calendar, Lent is the 40-day period that precedes Easter. Ash Wednesday is the start of Lent, which is a time for reflection and getting ready for Easter celebrations. Christians keep the 40 days of Lent to remember Jesus Christ's death and fast in the desert for 40 days. Fasting from food and celebrations is a defining feature of Lent.

Lent is a time to remember what happened before Jesus was crucified by the Romans. Easter, on the other hand, is a time to remember that Jesus rose from the dead after he died on the cross. Roman Catholic Christians believe that the sacrificial event occurred in Jerusalem under Roman control.

To remember the great sacrifice and penance, Christians don't eat meat and try to get closer to God by giving up vices and other things they like to do.

Can You Eat Chicken During Lent?

Aside from chicken meat, believers should also refrain from eating red meat like beef, pork, lamb, and deer.

Some Orthodox Christians also don't eat milk, eggs, fresh meat, or products made from meat. However, some Christians consider fish an exception, along with other seafood.

Although there are a few who keep a more strict fasting schedule, believers are free to eat meat without restrictions on other days of the Lenten period.

Who Can Eat Meat During Lent?

Children under 14, adult Catholics 65 and older, pregnant women, and those with illnesses can still eat meat during Lent. Even though most people fast strictly, as we've already said, people with certain conditions don't have to.

For example, people with illnesses that need a steady supply of protein shouldn't stop eating meat, even on Ash Wednesday and Lenten Fridays. Even if they can't give up something or fast, Christians still eat smaller meals on Fridays during Lent.

What Can You Eat Instead Of Chicken During Lent

Instead of eating fresh meat, Christians can eat grains, fruits and vegetables, plant-based meat and plant-based foods such as the impossible burger from Impossible Foods, tofu, and lentils. Some consider it safe to eat fish during Lent, and some don't. Some also refrain from consuming eggs, milk, and other meat products.

However, most consider seafood safe during Lenten Fridays. It's important to note that food with meat juices and animal fat, such as meat gravies, chicken broth, or other products with a meat taste, is considered safe during Lent. Nevertheless, moral theologians encourage Christians to abstain from animal products.

Can you eat chicken breast during Lent?

White and red meat, including chicken breast, are not permitted on Lenten Fridays and Ash Wednesday.

What meat can I eat during Lent?

Christians can eat meat from cold-blooded animals like fish and other seafood during Lenten Fridays and Ash Wednesdays. Examples include shrimp, squid, clams, mussels, and lobster meat.

Is it a sin to eat chicken on Friday during Lent?

As a form of penance, Catholic bishops ask Christians not to eat chicken during Lent. However, it is not a sin to eat chicken breast or any other chicken product, especially if you need to for health reasons. However, not taking the personal spiritual life seriously is considered a sin.