How exactly did doctors manage before the internet? Take branched chain amino acids (BCAA) for example. If I search my undergraduate lecture notes from medical school, I would probably find two brief references to BCAA.

The first mention of BCAA would come in biochemistry when we learned about amino acids.

So all very theoretical (aka boring) with no practical application. The second mention would have come during a single obligatory lecture from a nutritionist who mentioned that BCAA were sometimes given to ICU patients.

Again all very theoretical as physicians do not devise the ingredients in supplemental feeding and leave that side of things to the dieticians. Fast forward some thirty years from graduation to today and BCAA are now used as non-prescription supplements to enhance exercise performance.

The term BCAA is a descriptive term from the world of biochemistry. As the name suggests, a branched-chain amino acid is an amino acid which structurally has a side chain which is branched.

There are 3 branched-chain amino acids which are isoleucine, leucine, and valine. These are essential amino acids which means that they must be obtained from the diet and cannot be made by the body. Good food sources of BCAA include proteins found in food, especially meat, dairy products, and legumes.

BCAA supplementation can be taken orally or intravenously.

BCAA play a number of key roles in the body including:

Like many other items that we have reviewed on HBS, BCAA are suffering from mission creep and we see the use of BCAA as health hacks in the general population eg memory impairment and fatigue. We also see the use of BCAA in healthy people who are trying to be super healthy eg improved exercise tolerance.

There are almost 400 BCAA products for sale on Amazon. BCAA are sold usually as ‘servings’ and the content is often given as a ratio eg 2:1:1 rather than as mg as it would not be possible to give a meaningful 'total' mg content It is difficult to figure out the pricing structure for BCAA as there are differences in what passes as a serving across the different brands.

Does it Speed up Recovery Time? 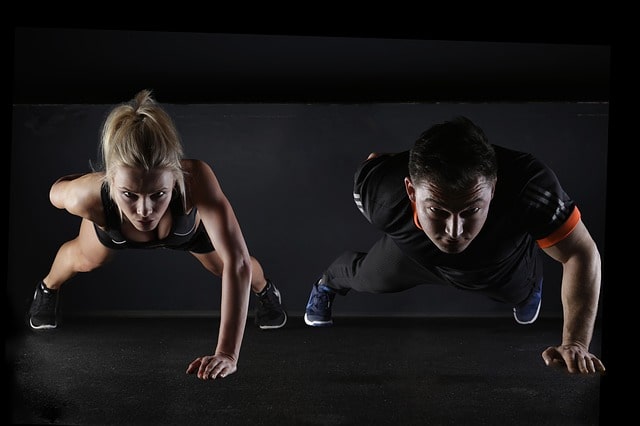 Overtraining occurs when people exceed the bodies ability to recover from strenuous exercise. It is more than the law of diminishing returns. It means that not only can people cease to make progress, they can actually regress.

The question of BCAA in overtraining has been discussed in the medical literature for decades (1). As far back as 1998 researchers concluded that the link between BCAA and overtraining was inconclusive.

Not much has changed in the interim.

There are no specific clinical trials looking at BCAA in overtraining but there are some helpful studies relating to muscle status and athletic performance which we will look at next.

There are no specific studies looking at BCAA in overtraining.

Does it Enhance Muscle Growth or Prevent Muscle Loss?

In 2014, Spanish investigators looked at the effect of 7-day supplementation with BCAA in 46 marathon runners. BCAA was compared head-to-head with a placebo (2) The study found no benefits in terms of prevention of muscle power loss, muscle damage or perceived muscle pain during the marathon.

Moving north to France, French investigators looked at the role of BCAA supplementation in the alleviation of skeletal muscle damage in the context of exercise-induced muscle damage or muscle injury (3). Drawing on data from 11 studies, they decided that BCAA was helpful in this situation but added three caveats:

Moving further north to London, a 2015 British Cochrane review found that essential amino acids can help with muscle wasting (4). They focused their review on patients with critical illnesses or other muscle wasting illness. The initially identified 180 studies but narrowed this down to 22 studies for the review.

They did not differentiate between essential amino acids and branched chain amino acids but provide us with useful information nonetheless. They concluded that more research is needed in this particular patient group.

Japanese investigators found that BCAA supplementation before and after exercise has beneficial effects for decreasing exercise-induced muscle damage and promoting muscle-protein synthesis in rats (5).

Finally, other Japanese investigators studied 36 untrained male volunteers were equally divided into four groups, and ingested a combination with taurine (or placebo) and BCAA (or placebo), three times daily, for 2 weeks prior to and 4 days after elbow flexion eccentric exercise (6).

They found that the markers for delayed-onset muscle soreness were significantly better in the taurine plus BCAA supplementation arm of the study.

Data are generally positive in relation to the question of BCAA and muscle health, although it has to be said that the data is not universally positive.

Does it Improve Athletic Performance?

Researchers from Taiwan compared the effects of BCAA, arginine and carbohydrate combined beverage on psychological conditions during recovery after a single bout of exhaustive exercise (7). The study found that only BCAA reduced exercise-induced fatigue in the 14 men studied.

This study is of relevance to people who have to think on their feet (literally) while exercising to exhaustion eg soccer players. Not only do they have to be physically fit, but they also have to make split-second decisions that can result in taking home the world cup (or not).

As we will see later, BCAA cannot be universally recommended for soccer players as there is a major possible side effect.

Does it Promote Liver Health?

Here is where we find plenty of studies and lots of data points.

A collaboration of Danish, Spanish and Italian investigators looked at 15 studies (8 using oral BCAA and 7 using intravenous BCAA) in people with cirrhosis and found that BCAA had a beneficial effect on hepatic encephalopathy (altered mental state) but not on mortality, quality of life, or nutritional parameters (10).

A 2015 meta-analysis from China looked at BCAA in patients with liver cancer (11). Drawing on data from 974 patients who participated in 11 studies, they found that BCAA helped maintain liver reserve but not the recurrence of cancer as compared to placebo. The meta-analysis acknowledges several limitations in the review.

Firstly, not all studies were randomized controlled trials - 3 of the 11 studies were cohort studies. Secondly, all study participants came from Asia and as such were not representative of patients worldwide.

Canadian researchers published a 2018 review of BCAA in adults and children with liver cirrhosis (12). A total of 40 articles published between 1987 and 2017 were included in the review.

Overall, the consensus was that  BCAA supplementation may be beneficial in improving muscle strength, ascites (free fluid in the abdomen) and edema (fluid in the tissues) with potential clinically significant improvements in encephalopathy in adult liver patients.

The data in children was encouraging but not as conclusive.

Both the European and American Societies for Enteral and Parenteral Nutrition recommend the use of BCAA in patients with liver cirrhosis (ESPEN) (13). This is based on the results of a number of studies that show that BCAA can improve even free survival (this means that people stay well) and overall quality of life.

There is good data to support the use of BCAA in liver disease - but this needs to be done under medical supervision.

Does it Help Weight Loss? 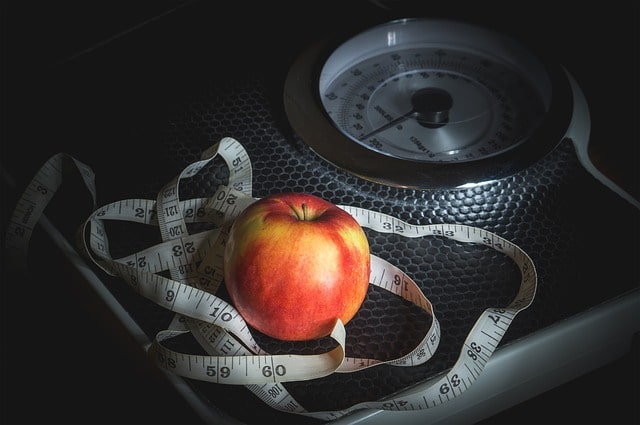 All study participants received a hypocaloric diet and participated in resistance training. They were randomized to either receive BCAA or carbohydrate. The rationale behind the study was to see if BCAA could help with the perennial paradox of how to lose weight without losing lean muscle which can limit exercise performance.

One study looked at BCAA in 25 patients with mania who were randomly allocated to treatment with BCAA (60 g) or placebo daily for 7 days (15). An improvement in mania scores was noted within 6 hours and this lasted for up to one week post-treatment.

BCAA can cause a wide range of side effects. Some side effects of BCAA may seem counterintuitive given the fact that BCAA are used to manage the very same conditions. Examples of this would include fatigue and loss of coordination which are both reasons that people use BCAA but they are also documented side effects of BCAA.

There is one hugely important take-home safety message here. Branched-chain amino acids should be used with caution when driving or using machinery. I would add that I would also prefer my surgeon (or even beauty therapist) avoid BCAA.

Branched-chain amino acids are associated with a range of gastrointestinal problems like nausea, vomiting, diarrhea and bloating.

Rare but documented side effects of BCAA include hypertension, headaches and even whitening of the skin (16).

There are some specific conditions in which BCAA should be avoided.

BCAA have been associated with lung failure in patients with amyotrophic lateral sclerosis (ALS or Lou Gehrig's disease) and should be avoided (17). ALS is a rare neurological condition which causes problems with voluntary movement and usually causes death in 3 to 5 years.

There is even concern that BCAA may cause ALS as an exceptionally high rate of ALS is found in professional footballers who often use BCAA supplements (17). Now that is super worrying.

BCAA can increase the risk of seizures and should be avoided in people with seizure disorders.

BCAA has been shown to reduce blood glucose levels in infants and surgical patients. BCAA should not be used in infants or young children or in the peri-operative period (two weeks prior to surgery).

People with alcoholic liver disease may experience encephalopathy or deterioration in brain function with BCAA.

As with many supplements, BCAA should be avoided during pregnancy and breastfeeding.

BCAA should be used (if at all) with extreme care and under medical supervision.

BCAA supplementation is not an amateur sport (literally). Actually, it has to be questioned as to whether BCAA should even be used in professional sports. An unusually high rate of ALS has been noted in American and Italian footballers and there is a concern that BCAA use in these footballers may cause hyperexcitability of neurons which may in turn lead to ALS (17).

What could make gaining a few microseconds of decision making during a soccer game (a proven effect) worth dying of ALS (a possible side effect)? We don't need a Cochrane review to answer this question.