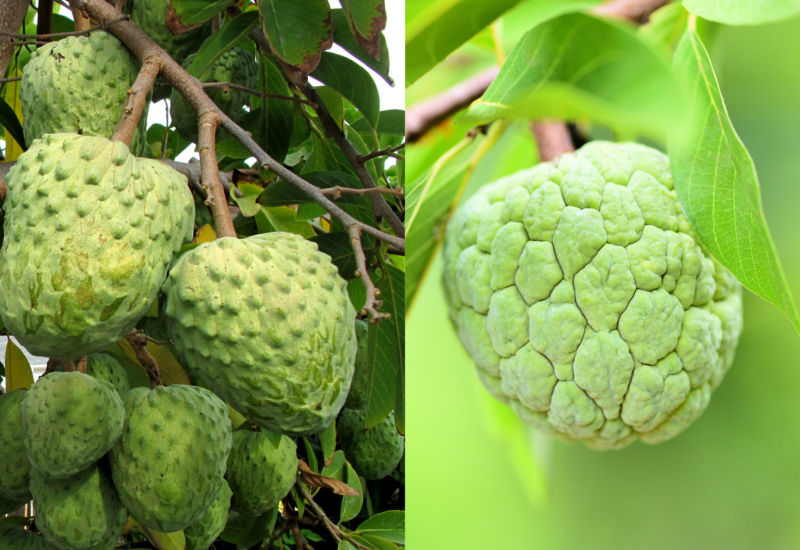 If you enjoy discovering new and exciting tropical fruit then you may have stumbled onto the Annona. It is a flowering plant in the pawpaw family which contains around 166 species. Two of the more well known fruit varieties are the custard apple and soursop. However, in this article we will look at two lesser known types: the atemoya and cherimoya. Although newcomers to these fruits tend to mix them up, they certainly have their differences. If you want to get a full comparison then keep reading.

Comparing the atemoya and cherimoya

Quick comparison: Atemoya and cherimoya fruits have a similar appearance and taste. The cherimoya is a tropical fruit that has a sweet and sour flavor with a soft texture ideal for scooping out. The atemoya is a hybrid of the cherimoya and sugar apple.

Fruits produced by an atemoya tree are smaller than the cherimoya with skin that is spiky and warty; the cherimoya has scale-like skin, closer in appearance to a sugar apple. While a cherimoya can be grown from seed, an atemoya can only be grafted.

The atemoya is a delicious hybrid of the sugar apple and the cherimoya. It is a fast-growing tree that thrives in parts of Central America, Australia, Florida, and the Caribbean. The tree can only reproduce through human-assisted branch grafting.

The atemoya fruit is round or heart-shaped in appearance with bumpy, pale green skin that can easily bruise. The bottom part of the fruit is smooth like the cherimoya, but at the top, it is bumpier, like a sugar apple. 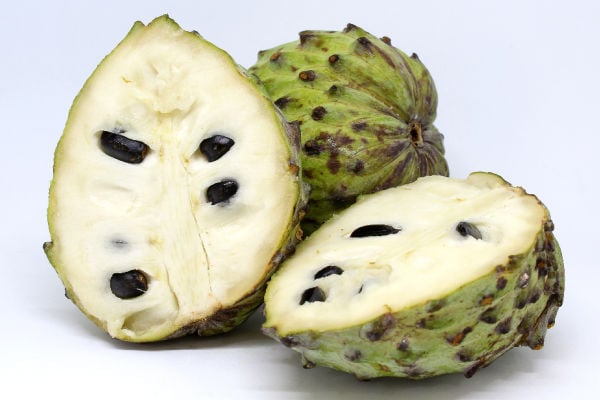 An atemoya has white flesh that’s slightly sweet and sour with a vanilla undertone. It is very juicy with a tropical taste that may make you think you’re sipping a pina colada on the beach. Unlike the sugar apple, an atemoya doesn’t have segments of flesh; instead, it has one sextion of meat that's ideal for scooping out. This characteristic is similar to the cherimoya.

The black seeds dispersed randomly throughout the flesh are known to be toxic. They have an unpleasant taste and should be discarded. The skin is also toxic and shouldn’t be eaten.

Most people prefer to eat an atemoya on its own. Once chilled, the fruit can be halved allowing easy access to scoop out the flesh. It is also an excellent fruit for adding to ice cream, puddings, and smoothies. They also go well in baked goods and pies.

The cherimoya is a tropical fruit that originated from Colombia, Peru, and Ecuador. The fruits grow on a tree that can reach up to 35 feet in height. The tree is capable of growing from seeds in sub-tropical and tropical climates, unlike the atemoya which must be grafted. 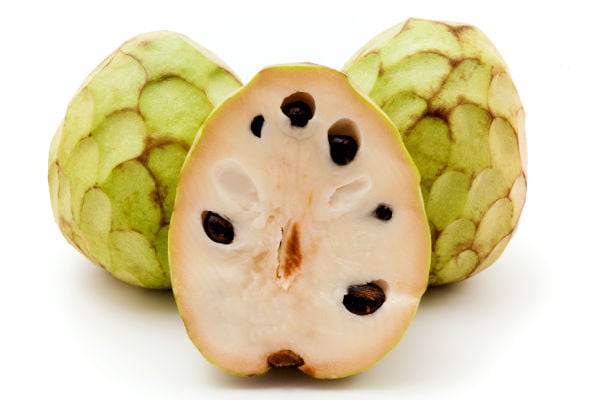 It comes in a range of shapes and flavors depending on the variety. However, they commonly have a similar heart or round shape reminiscent of an atemoya. In many cases, it will grow to a larger size than the atemoya, which is one of the biggest features they differ on.

The flesh of a cherimoya is sweet, acidic, and tangy all in one mouthful. Many people find this fruit has the “tropical feel” of banana, pineapple, and pear all mixed together. Its texture is soft, similar to pawpaw or papaya.

Cherimoya is best eaten in the same way that an atemoya is. Chill it and then scoop the flesh out, being careful to pick out the seeds which are toxic. The fruit is perfect in a fruit salad, cubed and added to muffins, used as a pie filling, or churned into ice cream.

Related reading:
How do jackfruits and durians compare?
What does a breadfruit taste like?

The cherimoya and atemoya are both tropical fruit which could easily be confused. They look and taste quite similar and some people mistake them for being the same fruit. The reason for the similarities is that atemoya fruits are a hybrid of the cherimoya and fruit apple. From a culinary perspective, the two fruit can be used interchangeably in recipes and few could tell the difference.

What is your favorite tropical fruit? Please let us know in the comments below.