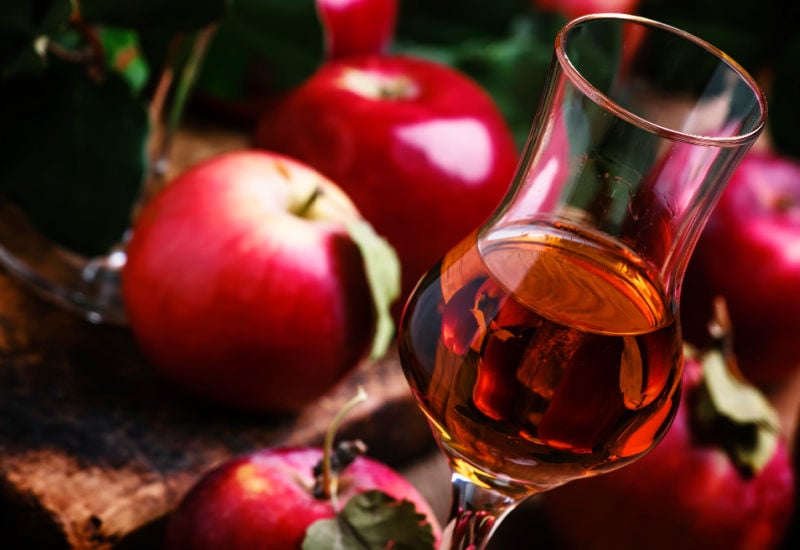 Apple Brandy is a liqueur that is a delicious combination of sweet and tart flavor in one warming sip. Although many brandies are produced using grapes, apple brandy is made by distilling a variety of specially grown apples. The resulting alcohol is fresh and fruity, bursting with apple flavor. As the bottle matures, the apple notes reduce, resulting in a more traditional brandy flavor. Some even taste like whiskey with subtle spicy-flavored notes like vanilla and cloves.

Apple Brandy can be quite expensive, especially the well-known brand Calvados, which comes from France. If you need to splash some into your next recipe or cocktail, then you may want to look for a substitute. In this article, we'll look at some of the best alternatives for apple brandy so that you don't have to buy an entire bottle for just one recipe. Let's get started.

When deciding on a good alternative, the first thing to consider is what you’re going to use the ingredient for. If the recipe calls for a high ratio of apple brandy or you're making a cocktail, a suitable option will be to add another type of brandy which costs less. For recipes where only a small amount of brandy is included, you can easily use ingredients like apple juice concentrate or cider. Keep in mind that cooking any liqueur will diminish a lot of the original flavor, which makes replacements not such a challenge to find.

If you're making a cocktail or the recipe calls for more than half a cup of apple brandy then your best option is to is use a bottle of Cedar Ridge, Laird’s Applejack, Somerset Cider Brandy, or Armagnac. Using one of these liqueurs will allow you to substitute with equal quantities.

A cheap brandy may work well in many desserts such as tarte Tatin, pudding, or trifle. However, you may not want to buy a whole bottle specifically to make one dish, even if it is a relatively low-cost option. If that is you, then keep reading down the list below.

Apple juice concentrate is an excellent alternative to apple brandy. It is cheaper and readily available in most supermarkets. Ensure you find an unsweetened concentrate, otherwise, it could put your dish out of balance. Use this option for adding color and flavor to sauces, drinks, candies, jellies, or frozen novelties. If you want to incorporate alcohol into your food, then use equal parts of apple juice and cognac, rum, or vodka.

To make apple cider, fresh apples are processed and pressed to extract their liquid. The resulting drink is sweet and tart. To more closely mimic the flavor of apple brandy, use a hard apple cider which means it includes alcohol content. Even if you don’t enjoy the flavor of alcohol, most of this will get cooked-off by the end of many recipes. 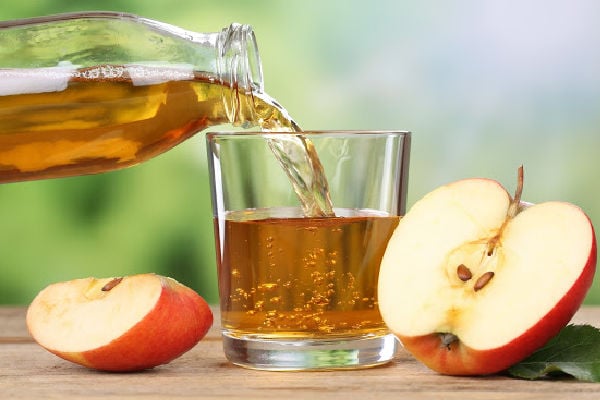 During fruit juice production, highly aromatic water is collected from evaporation. The result is a concentrated apple-flavored ingredient that is ideal for use in baking and desserts. Use apple essence in drinks, pies, ice cream, flavored fillings, and even frosting.

Apple essence is good as an easy option for incorporating the flavor of apple into your food. You’ll need to make up for the reduced liquid by adding milk, oil, or some other suitable liquid to the recipe. Alcohol such as rum or vodka would also be acceptable.

If you are in a pinch, then apple juice will work in many dessert recipes. Keep in mind that choosing the right brand will make a big difference to your food. Buy a good quality juice that isn't loaded with sugar. For a delicious non-alcoholic dessert, replace 2-3 teaspoons of the juice with brandy extract.

As you would expect, apple butter has the taste of apple, but it also includes a mild hint of cinnamon spice. This option is much different from apple brandy, so you certainly wouldn't use it in cocktails. But it does an excellent job when swirled into muffins or cakes, adding apple flavor and a delicious buttery mouthfeel.

Don't enjoy the taste of apples? Your best substitute for apple brandy is pear brandy. Use this liqueur in similar quantities as you would the original ingredient. It is perfect for mixing in drinks and using in all your festive desserts like trifle or a brandy-infused Christmas pudding. 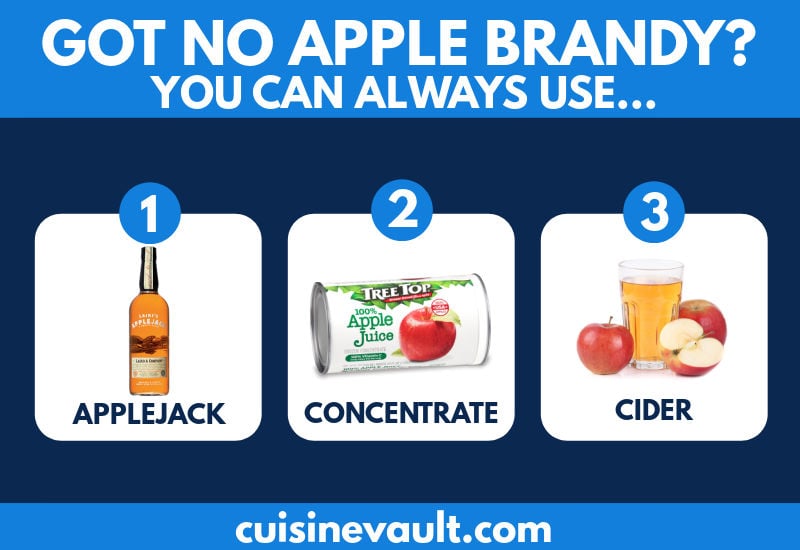 Is Calvados the same as American apple brandy?

Calvados and American apple brandy are both liqueurs made from apples. However, Calvados must follow a strict set of production rules, a lot like champagne. It must be produced in the Normandy region of France and be aged for at least two years in oak casks. There are no strict rules for making other types of apple brandy so each brand will have its own characteristics.

Related reading:
Learn how to replace Kirsch in cooking.
What is the best cognac substitute?
Discover suitable alternatives for cooking sherry.
Find out what the best cooking wine alternatives are.
What can I replace Tuaca with?

Recipes often call for the use of Calvados which isn't ideal because one bottle can set you back a lot of money. The good news is, there are plenty of lower-priced apple brandies on the market which you can use as a replacement; Laird’s Applejack is one of our favorites.

Other good substitutes that come with an even cheaper price tag are apple juice concentrate, apple juice essence, apple juice, or apple butter. They are also non-alcoholic which will appeal to those cooking for kids or anyone who doesn’t enjoy the taste. Apple cider is also great, but make sure you use hard cider if you want to mimic the alcohol that comes from apple brandy.

Do you have a suggestion for replacing apple brandy in food and drink recipes? Please let us know and we’ll test it out.