Allspice dram is a liqueur that's made by infusing pimento berries with pot-stilled Jamaican rum. It's a popular cocktail modifier that provides a dark, bitter, and spicy counterpoint to sweet ingredients that commonly get added to tiki or exotic tropical drinks.

If you've got none at home and can’t find it at the store, then you're going to need a replacement. Finding an allspice dram substitute can be a challenge, thanks to the drink's unique flavor profile; however, there are a few options you can look at. They won't be perfect, but they’ll allow you to finish that “Ancient Mariner” or “Lion’s Tail” without the original ingredient.

What can I use to replace allspice dram?

The best off-the-shelf alternatives to allspice dram are Old New Orleans Cajun Spice Rum or Dark Matter Spiced Rum. Angostura Bitters will work in a pinch, but it has a noticeably different flavor profile. For a more authentic replacement, make your own at home with a few simple ingredients.

Old New Orleans has produced a Cajun Spice Rum that's a little different than regular spiced rum. Instead of blending a flavor-infused syrup into rum, they take a blend of rums and infuse it with a selection of baking spices for four to six weeks.

It includes allspice as one of the key ingredients along with others like cinnamon, nutmeg, and cloves. Although the flavor profile won't perfectly match allspice dram, it makes a useful substitute that's perfect for holiday and tiki-inspired cocktails. One sip and you’ll be momentarily transported to the Caribbean.

Dark Matter Spiced Rum is made in Scotland and is a molasses-based rum. It is a full-flavored drink with notes of fresh ginger, long pepper, green peppercorns, and most importantly allspice.

Like the product that Old New Orleans produces, there are additional flavors that you wouldn't get from allspice dram. But just because something has a different taste, it doesn't mean the ingredient will be out of place as a substitute.

Dark Matter Spiced Rum slips nicely into a “Cuban Love” or “La Cola Nostra” – it gives a little extra warming spice which most people will appreciate.

If you don't want the additional flavors that come with buying a ready-made spiced rum and don't have time to make your own, then Angostura Bitters will work in a pinch. This is an herb-infused alcoholic tonic that adds bittersweet, spicy flavor to cocktails.

We won't try and convince you that this replacement tastes the same as allspice dram. But it can be used similarly and will allow you to mix that next Fall or Christmas cocktail if you're in a pinch.

If you need to replace allspice dram, then try using whole allspice berries. Although you may not find them at your local grocery store, they are fairly easy to find at specialty spice stores. 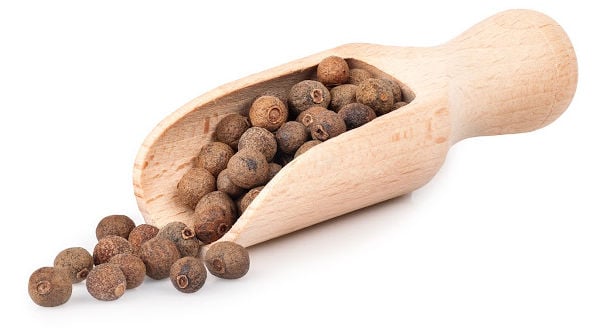 Once you have these dried spices in your possession, you're ready to get started. Follow these simple steps for a fail-proof recipe.

You can now strain this spice-infused liquid and combine with rum for a makeshift allspice dram. Although it’s not 100% authentic, this option is a nice mid-way point between using a ready-made spiced rum and making genuine allspice dram, which takes two weeks to make.

If you're in no hurry, then why not make your own authentic allspice dram with a few simple ingredients? This method is similar to the recipes used by commercial brewers to make the drink.

Storage: Your homemade allspice dram can be stored at room temperature for up to two months. Although it won't go off, it will begin to lose its flavor quality after this time. 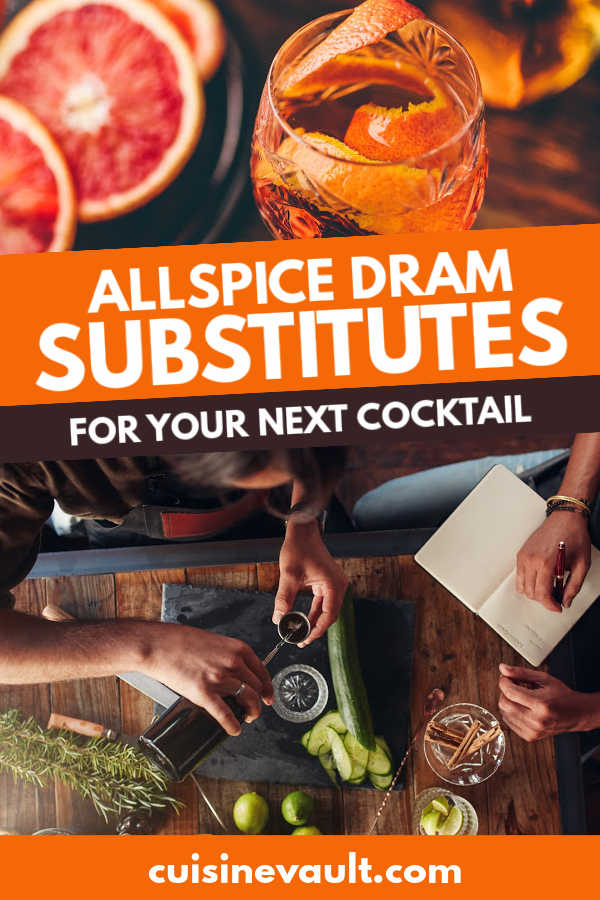 Related reading:
What is a useful alternative to Amer Picon?

Allspice dram is a unique ingredient that adds a bitter flavor to drinks. There aren’t a lot of alternatives on the market that offer the same flavor profile, but Old New Orleans Cajun Spice Rum, Dark Matter Spiced Rum, or Angostura Bitters are all good options. They can easily be found online or at well-stocked liquor stores. To get a more authentic tasting cocktail, you’re better to make your own version of allspice dram at home.

What are you looking to make with allspice dram? Please let us know in the comments below.