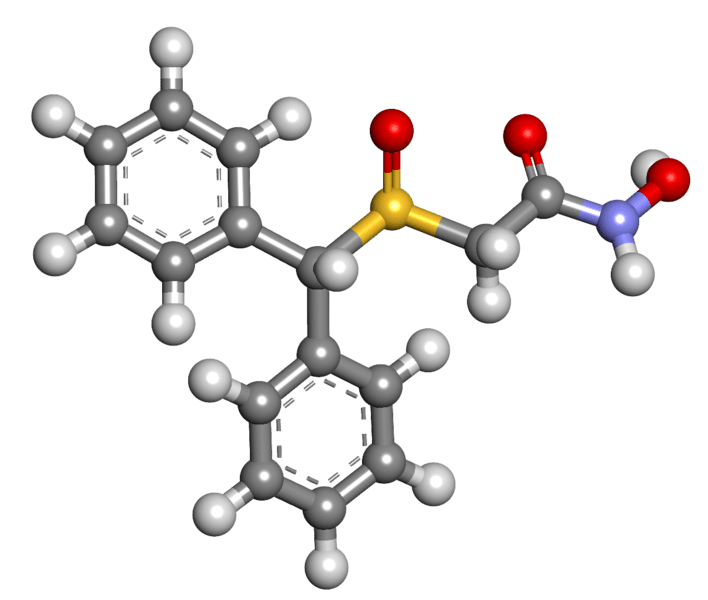 The human body is truly amazing. It does have some design flaws though. Chief among them is our need to rest. We need to sleep. We need breaks from our computer. We need to rest after extreme exercise.

Why can't I be more like my iPhone? Yes, it needs to be recharged but I carry around my handy-dandy power bank which means my phone is never off. Unlike me, who needs copious amounts of downtime.

Surely, there is something that can help me override the human need to sleep and rest? Maybe, a hack in a pill-box even?

In this article, we will review the synthetic nootropics, adrafinil, and modafinil. As we will see much of the data comes from the military sector who are very invested in hacking the human design.

Adrafinil (2-benzhydrylsulfinyl-N-hydroxyacetamide) is a relatively new molecule that was identified by a French drug company called L. Lafon Ltd, in 1974. It was used initially as a mild stimulant to enhance cognition and prevent sleepiness (1).

It was marketed under the brand name Olmifon in France and some parts of Europe until 2011 when marketing permission was revoked.

Even though it may seem counter intuitive that people would want to take a compound that was rejected by the regulatory authorities, there are plenty of people who are interested in this agent.

Adrafinil attracts people who are struggling with excessive sleepiness or poor cognitive function. The story is a little more complex than this as we will see.

Adrafinil is converted in the liver to modafinil ((2-((diphenylmethyl)sulfinyl)acetamide) (3). As early as 1983, modafinil had been used in France to treat sleepiness, somnolence, and fatigue. Move over adrafinil and welcome modafinil.

It was used by the French army during the Gulf War in January-February 1991.

The drug was registered in France in 1992. According to a 2007 paper, modafinil is now placed under the ejector seat and in rescue boats in the French military (4).

Modafinil has a dark side. Modafinil (Mo) is emerging as a stimulant with potential for misuse which is the subject of a paper that is due to be published early next year (6).

I think (and understand to some degree) that it is really interesting that people are interested in gaming the human design system regardless of whether a compound is FDA approved or not.

There are 48 adrafinil related products for sale on Amazon and the average cost is $0.30 for a 300 mg capsule.

Despite the fact that modafinil is a prescription only medication, 13 products show up on Amazon for that search term. Very misleading marketing, I have to say.

There are just 36 articles published on adrafinil. There is a grand total of one clinical trial.

That one trial is a doggie trial. That leaves us with zero human clinical trials on adrafinil. Yet, it sells well on Amazon and beyond.

Modafinil has far more data to back up its use. There are 1673 publications related to modafinil which includes 345 clinical trials. Considering the fact that this is the new kid on the block, modafanil has a pretty impressive research record.

This article started out as a piece about adrafinil. However, I have decided to review data on both adrafinil and modafinil for three reasons.

Firstly, as adrafinil is converted to modafinil in the body, this makes the modafinil data relevant to people interested in adrafinil.

Secondly. there would be very little to say if we stick to adrafinil which has just one human clinical trial.

Thirdly, if any readers are interested in adrafinil, they might benefit from modafinil and could make an informed decision to visit their physician for review for suitability and eligibility for a prescription for modafinil.

Does It Improve Cognition? 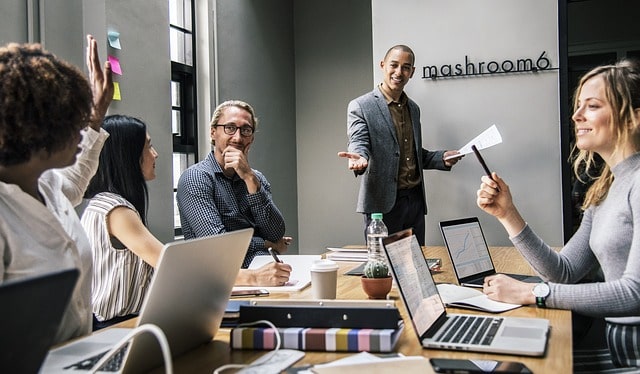 We are told that 'you can't teach an old dog new tricks'. Researchers from Toronto set about addressing the issue of whether adrafinil could help teach old dogs new tricks (literally and not metaphorically) (7).

They found that a single dose of adrafinil could change behavior and enhance cognition. Here is where I show my academic snobbery. The authors misspelled 'adrafinil' as 'adrafmil' in the opening line which makes me a little suspect of the paper and the journal that published it.

This is the one clinical trial on adrafinil.

That's all we have for adrafinil. Let's look at modafinil.

University of Oxford researchers looked at the science behind modafinil for cognition in healthy non-sleep deprived individuals (8). Modafinil is used off-label to improve cognition.

Another interesting study looked at modafinil in chess players (9). This is probably the type of activity that many people are thinking of when they are looking for a brain enhancer. Some type of competitive intellectual pursuit.

They were tested by playing twenty 15-minute games against a chess program and several neuropsychological tests. The study design turns out to be really important as the computer chess game entails an element of speed as opposed to two face to face players leisurely mulling over chess strategy. The study results were fascinating.

The placebo group outperformed the treatment group. It seems that all of the treatment arms of the study took more time to reflect (I would never have thought that caffeine would have slowed down thinking).

When the time factor was eliminated from the equation, both modafinil and methylphenidate significantly improved performance.

The authors cautioned that modafinil might have harmful effects in daily life due to this differential effect on decision making.

Modafinil was found to improve cognitive function in people with multiple sclerosis in 16 patients who participated in a 5-week randomized, double-blinded, crossover design study (11).

Finally, a study benchmarked the positive cognitive effects of modafiil against bacopa and ginseng in healthy volunteers (13). They found that modafinil scored highest for visuospatial memory accuracy, ginseng for reaction time and bacopa for delayed word recall.

It is facile to talk about 'cognitive enhancers'. Cognition is really complex. Certainly, modafinil affects cognition but as we have seen the observed effects depend on the particular cognitive function that you are interested in and the baseline status of the patient.

Does It Improve Alertness and Wakefulness?

I am guessing that modafinil must have some effect on wakefulness given that it was used by the French military during the Gulf War and continues to be used by them?

Dextroamphetamine is authorized for use by the aircrews of all U.S. military services but there are concerns about addiction and misuse (14).

The study found that modafinil maintained alertness, feelings of well-being, cognitive function, judgment, risk perception, and situation awareness of sleep-deprived aviators. This study was done in 2012.

I hate to argue with the US military but here goes. Yes, modafinil may keep pilots awake but it is highly likely to have the same problems with addiction and misuse.

Further research from the Air Force Research Laboratory showed that modafinil maintained flight accuracy within approximately 15-30% of baseline levels, whereas performance under the no-treatment/placebo condition declined by 60-100% in 10 airforce F-117 pilots (15).

Interestingly, the authors cautioned that the effects were not noticeable to the pilots and that this could increase the risk that people may take repeated doses to try to achieve their desired effects.

In the civilian population, modafinil is US FDA approved for three conditions of excessive sleepiness: narcolepsy, shift-work sleep disorder and obstructive sleep apnoea (17).

Modafinil has been proven to help with improved alertness in select conditions and circumstances but concerns remain over addiction and misuse.

Does It Reduce Depression Symptoms?

We have nothing to go on here for adrafinil.

There is a comprehensive review of modafinil in depression (18). This is one of the very few times that a scientific medical review has positive results as opposed to the usual statement of 'more research needs to be done'.

The review looked at data from 6 randomized controlled trials, with a total of 910 patients with major depression or bipolar depression and found significant treatment benefits in the two groups. There was no significant difference in benefit between the two types of depression and no major side effects.

Modafinil has been shown to help with depression but this is not a licensed indication for modafinil.

Does It Boost Physical Performance? 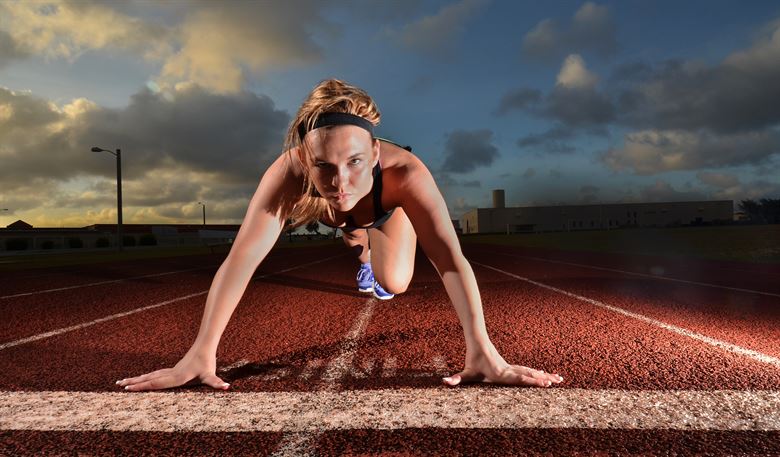 The Olympic committee seems to think so.

Urine samples from the 2008 Olympics were screened using a new methodology developed by Chinese investigators which measure adrafinil and its major metabolites (breakdown products) modafinil and modafinil acid in an anti-doping initiative (19).

Canadian defense researchers looked at the time to exhaustion during high-intensity exercise (20).

They found that acute ingestion of modafinil prolonged exercise time to exhaustion which they attributed to a reduced sense of fatigue rather than any shifts in metabolism.

Modafinil has been shown to improve physical performance, specifically by the metric of exercise time to exhaustion.

A number of studies have reported good safety data with modafinil (21).

Modafinil is transported via breast milk and therefore neither modafinil nor adrafinil should be used during pregnancy or breastfeeding (22).

Safety concerns with modafinil include insomnia, headache, nausea, nervousness, and hypertension. These side effects make sense as they could be seen as representing over achievement of modafinil (23). In fact, a case of psychosis with modafiil in a patient with bipolar depression was reported in the literature last year (24).

Other side effects include decreased appetite, weight loss, and significant skin issues have been reported in people taking modafinil

Care should be taken and dose adjustment may be needed in people with liver or kidney disease.

Care should also be taken in people taking blood thinning medications and medications that are handled/eliminated by certain liver enzyme systems.

I think that these safety reports are missing the point. They are focusing on the side effects of the molecule modafinil. The real question is whether biohacking the body is safe. None of these studies are longterm studies.

We know that sleep is mission critical for our health (25). Even if the molecules, adrafinil or modafinil, don't make us turn pink, do we really want to take something that has unexplored but potential health-damaging effects?

In some patients with certain medical conditions, the risks may be worthwhile. But I very much doubt that this is the case for healthy overachievers who just want to hack the human design.

Here we have a chemical compound which can be taken as the parent chemical (adrafinil) or its breakdown product (modafinil).

Adrafinil has been decommissioned as a drug which means it is available without a prescription but does not fall under any regulation and has zero clinical trial data to support it.

Modafinil is more potent than adrafinil and is backed up by clinical trials but is a prescription-only medication.

If we were talking about a benign plant or herb here, I might be able to say that it would be ok to go ahead and try out the milder off-prescription parent compound in a DIY kind of way. I really don't recommend that here as these are compounds that affect our brains and thinking but without us noticing the effects.

This makes it impossible for us to assess the effects. Maybe, I can compare this to the alcoholic who wants to drive home. The alcohol has impaired his/her judgment which gives him/her the delusion that he is safe to drive which we know is not the case.

Additionally, the effects are complex and in some cases unpredictable which means that you might inadvertently get the opposite of what you wanted but again, you may not notice it.

Finally, modafinil has some rare but significant side effects and the potential for long term side effects.

When it comes to our brainpower, I would leave it to the professionals. I have to accept that I am not an iPhone.